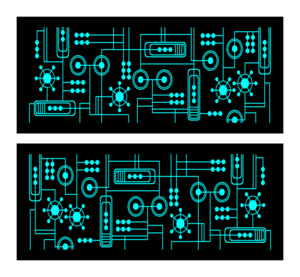 On my desk, I have a 1977 map of ARPANET, the experimental predecessor to today’s internet. On the lower right hand corner, you find a node at the Pentagon; slightly above that, you find Rutgers University, and way on the other side, you find Stanford and a node at the RAND corporation in Santa Monica, California. The internet emerged, in other words, from a collaborative approach between government, academia, and corporations.

Over 35 years later, digital technologies continue to be shaped by a variety of stakeholders, but civil society groups play an increasingly important role as well. That is why today PEN announced that it has joined Facebook, Google, Human Rights Watch, and the Berkman Center for Internet & Society at Harvard University as the newest member of the Global Network Initiative (GNI). GNI is a group of companies, investors, academics, and civil society organizations that support a collaborative approach to monitoring and protecting freedom of expression and privacy in the Information and Communications Technology sector.

Nearly half of the writers on PEN’s current caselist have been persecuted for what they write on digital media, giving urgency to our work in the digital age… PEN is honored to join the Global Network Initiative, which offers a constructive environment for civil society and corporations to meet face to face during this critical moment for free expression. We deeply value the conversations that this multi-stakeholder body can foster as we work to protect creative freedom around the world.

PEN American Center has been aggressively expanding its work on digital freedom issues as technologies have both empowered writers and bloggers with the tools to practice their crafts and enabled governments to target them. In 2012, PEN helped create the Declaration on Digital Freedom, a set of principles addressing four critical issues in the digital age: the targeting of individuals by governments; censorship of digital media; government surveillance; and business and human rights.

Writers serve on the front lines of free expression in countries around the world, and new technologies have empowered them to respond creatively to events more quickly than ever before. This may come in the form of a fictional blog post lampooning a corrupt politician in Brazil or an impassioned missive for democracy in Vietnam, but the government reaction is often the same: to censor and persecute creativity. Joining GNI allows PEN to work proactively with companies to ensure they are respecting and protecting the world’s most innovative voices. This fall, PEN will celebrate its digital freedom work through major public events with the award-winning writers such as EL Doctorow and David Simon, creator of the acclaimed television series The Wire.

GNI works to advance respect for the human rights of freedom of expression and privacy by providing clear benchmarks for digital communication and information sharing while requiring companies to submit to third-party assessment of their policies and practices. Civil society organizations including India-based Centre for Internet & Society, Index on Censorship, Committee to Protect Journalists, and Human Rights Watch have also joined the Initiative, providing a broad backing for future policy engagement.

We’re excited to have PEN join the Global Network Initiative. It’s a distinguished membership organization of writers, poets, and editors, whose members offer the initiative vital insight into how digital technologies affect creative freedom in the U.S. and around the globe.