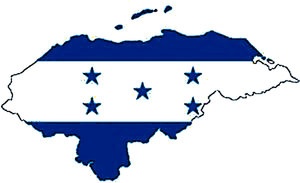 The following was reprinted from the new PEN Honduras established in October 2014.

PEN Honduras welcomes the Inter-American Commission on Human Rights (IACHR) to Honduras during its visit from December 1-5 at a crucial juncture for human rights, of which the right to freedom of expression is particularly vulnerable.

The arrival of Edison Lanza, Special Rapporteur for Freedom of Expression, is very important for our country as he will learn the reality from the victims themselves and from the organizations that defend this universal right.

The Rapporteur’s support was significant in enabling the IACHR to request precautionary measures for journalist Julio Ernesto Alvarado, who, as a result of a defamation charge against him, was a step away from being suspended from journalism by a sentence issued by the Supreme Court. We congratulate the Rapporteur for all his efforts, only a few months after taking up the Rapporteurship post for Freedom of Expression.

PEN Honduras is an organization that promotes respect for freedom of expression in Honduras and, alongside PEN International—which formally welcomed us on October 1this year through a unanimous resolution at its 80th Congress in Kyrgyzstan—we are taking action so that the State of Honduras may resume and implement its international obligations to this right.

PEN International’s shadow report to the UN under the Universal Periodic Review (UPR) framework recommends that Honduras adopt urgent measures to guarantee the safety of its journalists and writers including, among others: the implementation of a new protection law and fulfilment of existing protective measures; the guarantee of prompt and thorough investigations of all crimes against journalists and social communicators; an increase in resources for human rights institutions; a review of laws that restrict freedom of expression; and lastly, the development of a whole and inclusive national policy for culture and the arts.

Regarding this last point we demand that the Office of the Municipal Mayor of the Central District remove the tax on the arts, which contravenes international treaties on the promotion of social, cultural, and economic rights.

The setbacks faced by Honduras with regards to freedom of expression are hardly an ideal basis for building a democracy.

Crimes against journalists continue with impunity—barely two cases have been even partially resolved—resulting in both censorship and self-censorship of journalists and social communicators, who fear that by speaking the truth, their lives will be ended by bullets.

PEN Honduras is of the opinion that freedom of expression is a fundamental right of human beings, occasioning the urgent need to protect it. For that reason, all actions that are directed at stopping its exercise are considered to have the end of establishing fear and authoritarianism.

In this sense, we observe with utmost concern the situation of 19 students from the National Autonomous University of Honduras (UNAH) who face judicial and administrative processes simply for exercising their right to peaceful protest, generating serious concern amongst the wider student body that they will face similar actions if they speak out.

These situations outlined, as well as others experienced by those who exercise their right to express themselves freely, make the visit of the Special Rapporteur for Freedom of Expression an event that fills us with great hope.