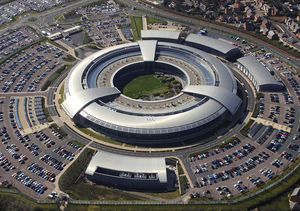 January 19, 2015–Today’s revelations that the UK’s Government Communications Headquarters (GCHQ) ‘harvested’ correspondence between journalists and editors at news organisations such as the BBC, the Guardian, the New York Times, and the Washington Post, are a clear threat to free speech and journalism in the public interest, PEN International, English PEN and PEN American Center said today.

In 2013, the NSA whistle-blower Edward Snowden revealed that the GCHQ TEMPORA programme had accessed undersea fiber-optic cables, gaining access to vast amounts of private communications data.  Recent analysis of the Snowden documents has revealed that thousands of pieces of journalists’ correspondence were swept up when the data was processed. Spies also reportedly designated investigative journalists as ‘a potential threat to security’.

The protection of journalistic sources has long been recognized as one of the basic necessities for a free press. Without guaranteed protection, whistle-blowers will be deterred from coming forward, the press cannot report facts accurately, and citizens are denied an informed discussion on matters of public interest.

This invasion of private e-mail correspondence is just the latest example of the British security services’ abuse of surveillance laws to undermine the principles of press freedom.  Last year it was revealed that the police had used the Regulation of Investigatory Powers Act (RIPA) to access the communications of The Sun political editor Tom Newton-Dunn, and reporters from the Mail on Sunday.

The specter of governments nosing into journalists’ private emails evokes all that is worst and most dangerous about the surveillance state. Reports that GCHQ has collected journalists’ emails, and considers investigative journalists a ‘threat’, underscore how urgently we need to rein in these programs with stronger oversight, greater transparency, and better protection for freedom of expression.

The work of investigative journalists – be it in uncovering corruption or abuse – is central to a free society, not a threat to national security. By designating journalists as ‘threats’ alongside terrorists, it is governments which are threatening free expression.

It’s now 18 months since Snowden’s revelations and still the shocks keep coming. Over the past two weeks, world leaders, including David Cameron, have recognised the cardinal importance of freedom of expression. Yet in practice, they undermine it on a regular basis. Spying on journalists is the most serious possible assault on that freedom. Without confidentiality, without protection of sources, journalists cannot do their job and democracy is in danger.