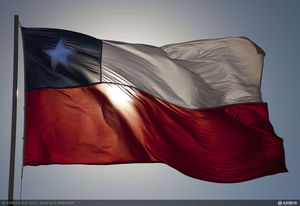 In February 2013, Chilean blogger and lawyer Rodrigo Ferrari was charged with identity theft for operating a Twitter account mimicking billionaire businessman Andronico Luksic. The account featured a graphic with money raining down from the sky and a tagline that read “we have so much money” (tenemos cualquier plata). Though the account’s parodic intent was clear, Luksic’s attorney filed a complaint alleging “usurpation of identity,” and Chilean prosecutors, invoking a Mutual Legal Assistance Treaty, asked the U.S. State Department to press Twitter to turn over the identity the account holder. There is reason to believe that the U.S. State Department honored the request, and sought and received information from Twitter. Mr. Ferrari could face between 61 and 541 days in jail if convicted.

Here is the full text of Article 4 of the PEN Declaration on Digital Freedom:

As you can see, this is a complicated case study because both the U.S. government and Twitter, a technology company, are implicated by the prosecution of Mr. Ferrari. It’s easier to examine each action separately. Government action is covered by Articles 1-3 of the Declaration, which we discussed in this post here. The U.S. government did not receive a valid court order from a Chilean court when it allegedly demanded information from Twitter. This would violate article 3 of the Declaration. However, since the U.S. government was relying upon the Inter American Mutual Legal Assistance Treaty in Criminal Matters, it was not necessarily required to receive a court order before demanding information from Twitter. But the same treaty allows the U.S. government to deny or ignore a request from Chilean authorities on public policy grounds. This is the crux of the matter. Honoring a request for information about an account which was clearly a parody would violate the U.S.’s stated public policy of suppoting both free expression and internet freedom. In the past, it may have worked for the U.S. government to comply with similar requests, but the digital age requires an extra layer of due diligence in order to promote free expression. All it would have taken, in this instance, is for a Spanish speaker in the Department of Justice or Department of State to examine Mr. Rodrigo’s account and read a few Tweets, at little to no cost to the taxpayer.

The second aspect of this case involves the act of Twitter, a private corporation, handing over personal identifying information about Mr. Ferrari to the U.S. government. Civil society groups requested confirmation from Twitter about whether or not it had provided the information, but Twitter declined to comment on Mr. Ferrari’s case. We can therefore only speculate as to its actions. Article 4(a) of the Declaration states that the free expression principles outlined in the Declaration apply equally to corporations. This means that Twitter should have required a court order or similarly high due process standard, such as a warrant, before handing over Mr. Ferrari’s information to the Department of Justice. Twitter would therefore be in violation of the Declaration. Another important aspect of Article 4 is that companies have a duty to provide restitution to those who are harmed by their actions. This means that if it is indeed proven that Twitter’s actions harmed Mr. Ferrari by subjecting him to prosecution, that Twitter should compensate him for his injuries.