PEN at the UN Human Rights Council: Nigeria on the Brink 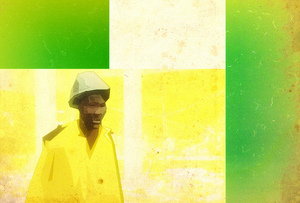 With 168 million citizens, Africa’s largest democracy is on the cusp of a digital revolution. The technology and entertainment industries are thriving in Nigeria—the film industry, Nollywood, is the third largest in the world—and there is a burgeoning print and online press. Yet creative artists face censorship from national and state censorship boards that can ban films, books, and music under a variety of pretexts. Journalists also receive death threats and experience harassment. The militant Islamist sect Boko Haram (“the Book is Forbidden”) has waged a violent campaign against journalists and writers in the North of the country, and the government response, to send in the military, has meant that newsgatherers find themselves accused by both sides of aiding the enemy. While the internet remains largely free and uncensored, new legislation waiting in the wings may impose harsh new penalties and increase the surveillance of private citizens. Meanwhile, nine of the 36 states in Nigeria have chosen to implement Sharia law and, while theory they are required to uphold freedom of expression protected by the constitution, in practice the states censor a variety of media.

There are also worrying signs that the government tolerance for a free press may be waning. Last month, the Nigerian Minister of Information, Labaran Laku, allegedly suggested to officials that they should silence two major publications, Premium Times, and Sahara Reporters, an online anti-corruption site, under anti-sedition laws. The criticism came in part, ironically, from an article in Sahara Reporters that detailed the large entourage of Nigerian officials who traveled lavishly to the UN General Assembly in New York with taxpayer funds.

Although we’ll probably encounter a much smaller Nigerian delegation (after the bad press), PEN American Center will be in Geneva next week with members of Nigerian PEN to press our concerns about free expression in the country. Nigeria comes under scrutiny this month as part of the United Nations Human Rights Council’s Universal Periodic Review process, which examines the human rights record of each UN member country every four years. Now in its sixth year, the UPR has become an vital mechanism for documenting and discouraging human rights violations around the world, and an important forum for PEN to focus international attention on countries where writers and journalists are especially at risk.

PEN International joined Nigerian PEN, International Publishers Association, and Committee to Protect Journalists to provide a formal submission in March. Below are our recommendations in full:

You can read the full submission on Nigeria here.