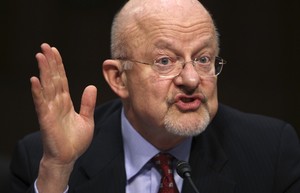 On Thursday, PEN American Center filed an amicus curiae brief in the ACLU’s appeal to the Second Circuit in ACLU v. Clapper, a lawsuit challenging the constitutionality of the NSA’s mass collection of phone records under Section 215 of the Patriot Act.   The case is on appeal following a widely criticized district court ruling that the NSA’s activities did not violate the Fourth Amendment’s prohibition on unreasonable searches and seizures.

PEN has been an active participant in court challenges regarding the NSA’s activities, filing amicus briefs in several ongoing cases.  The arguments presented in these briefs focus on the impact of surveillance on writers’ ability to work and create. PEN is particularly qualified to provide the Court with perspectives on the broad impact of government surveillance by drawing on the experience of its members, who include some of the most celebrated writers in the world.  Writers depend on privacy to make connections, communicate with one another, conduct research, contact sources, experiment, and create. The government’s collection of telephone call information, including metadata, endangers the privacy that is necessary for the free exploration and exchange of ideas, and infringes upon the freedom of association and expression protected by the First Amendment.

The amicus brief highlighted findings from PEN’s groundbreaking report Chilling Effects, showing that recent revelations of NSA surveillance have caused American writers to self-censor, avoiding research, writing, and communicating about topics that might draw government scrutiny.  As PEN explains in its brief, these chilling effects undermine the First Amendment fundamental protection of the right to advocate unpopular or controversial viewpoints.

The Supreme Court is likely to take up at least one of the cases currently before the courts, given the widely differing conclusions reached by district court judges regarding the constitutionality of the NSA’s programs.