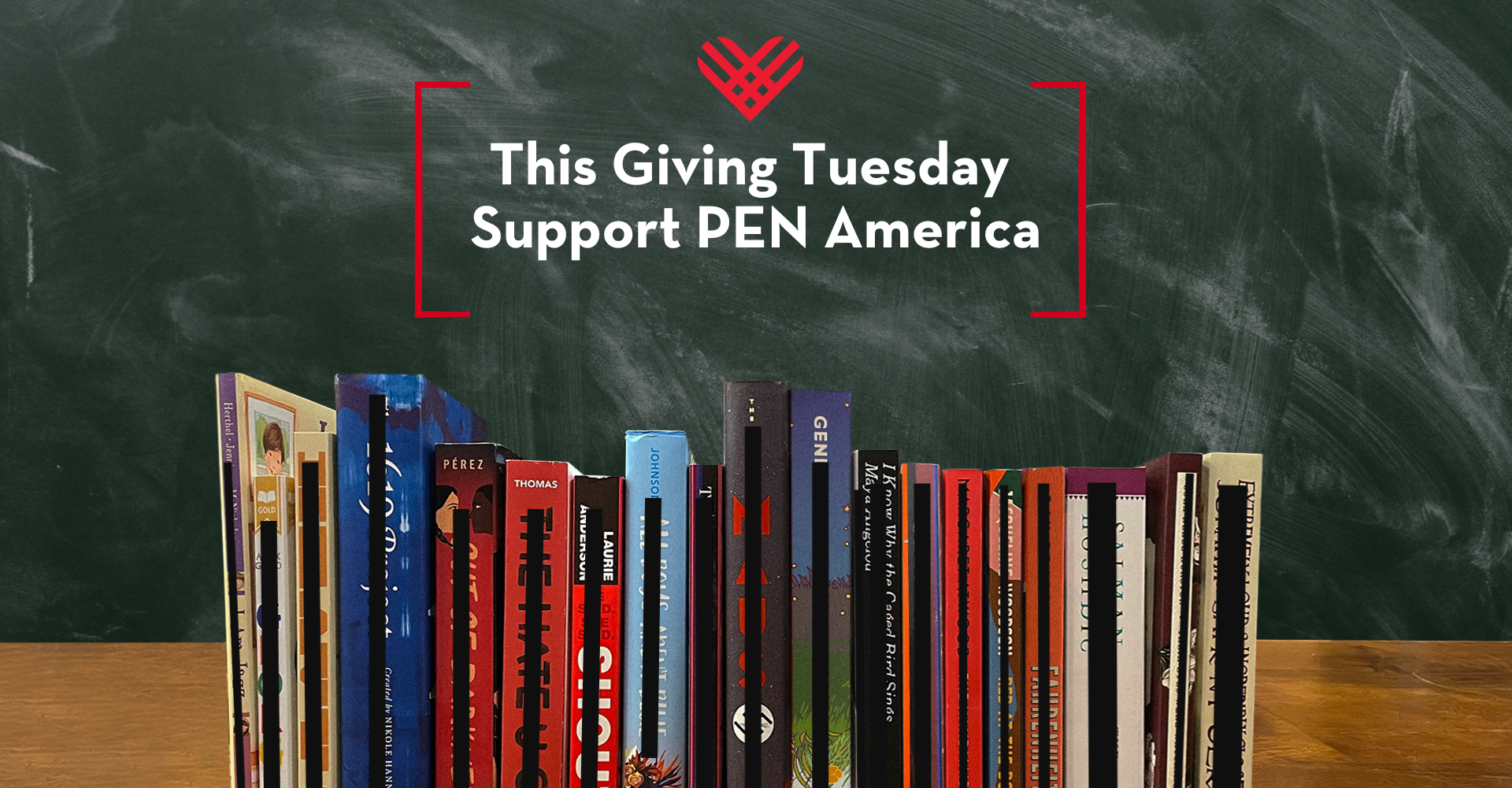 Banning books, punishing teachers, defunding libraries, and harassing librarians are all signs of a curtailment of our liberties. Margaret Atwood has been describing dystopian plots like these in her stories and now we find ourselves uncovering book bans and restrictions across the country. This Giving Tuesday you can make a difference by supporting PEN America.

PEN America stands at the intersection of literature and human rights to protect free expression in the United States and worldwide. We champion the freedom to write, recognizing the power of the word to transform the world. Our mission is to unite writers and their allies to celebrate creative expression and defend the liberties that make it possible.

Founded in 1922, PEN America is the largest of the more than 100 centers worldwide that make up the PEN International network. PEN America works to ensure that people everywhere have the freedom to create literature, to convey information and ideas, to express their views, and to access the views, ideas, and literatures of others.

PEN America, a registered 501(c)(3) organization, is headquartered in New York City, with offices in Los Angeles and Washington, D.C. and chapters in seven regions.