Optimism in Check, Nihilism at Bay 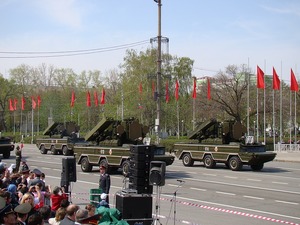 Paul Rome is a PEN Member and writer of fiction and performance literature. His debut novel, We All Sleep in the Same Room, was published in November 2013. His writing has appeared in the Minetta Review, Mercer Street, and The Bushwick Review. He lives in Brooklyn, NY, where he manages a coffee shop when he’s not busy writing.

In keeping with one of my literary heroes, Raymond Carver, I have two three-by-five note cards taped to the wall beside my desk. On of one of them, I’ve written down something from the South African artist William Kentridge, as quoted by Calvin Tomkins in a profile for The New Yorker: “I am interested in political art, that is to say an art of ambiguity, contradiction, uncompleted gestures, and uncertain endings. An art (and a politics) in which optimism is kept in check and nihilism at bay.”

I read the Kentridge profile in 2010, the same year I first encountered his layered, palimpsest-like charcoal drawings turned into animations at The Museum of Modern Art. Kentridge’s surreal films, funny, melancholic, sensual, and gruesome, depict characters shamed by their country’s past and ambivalent as to how to move forward. At that time, I’d been toiling away at an ever-expanding novel for nearly five years. As frustrated as I was by my inability to find a sense of closure for the novel, for all the various elements to conform and meld satisfactorily toward some definitive place, I felt obliged to continue, determined in part, to uncover the hidden roots of the book’s inception. Kentridge’s words felt instructive. Rather than despair over uncertainty, Kentridge actually seemed to be calling for it, or rather expressing an exclusive interest in work that was “of ambiguity, contradiction, uncompleted gestures, and uncertain endings.”

Kentridge’s words remain, for me, like a mantra: an aesthetic prescription for great art and great literature—art that might just find a way to linger in the collective imagination. But what of the explicit political dimensions? In what ways can the call for “uncertainty” be understood as one and the same as the call to view ourselves and our world as critically and as honestly as we know how—to keep “optimism in check and nihilism at bay”?

With the Olympics now underway in Sochi, the world is forced to view a country where the freedoms of its citizens have undergone abrupt and tragic erosions in the last eighteen months. From the defamation laws silencing dissent in the media, to the “blasphemy” laws insulating an increasingly fundamentalist church, to the perversely titled “propaganda” laws, which have incited brutal, open violence against LGBT citizens, the Russian government is establishing an environment increasingly inhospitable to the very human language of ambiguity and contradiction.

From history right up to the present day we know many brilliant artists that have succeeded, under repressive conditions and at great personal cost, in exposing infringements of human rights within their society—Pasternak, Solzhenitsyn, Wilde, Kundera, El Saadawi, Liu Xiaobo—or who have been compelled to make great compromises out of necessity to survive—Shostakovich under Stalin. This does not make a virtue of repression, but rather illustrates the artistic impulse to reveal and lay bare.

The second note card I keep by my desk bears a quote from the writer Bruno Shulz (a Polish Jew killed by the Nazis) about the poet Rilke: “The existence of his book is a pledge that the tangled, mute masses of things unformulated within us may yet emerge to the surface miraculously distilled.”

As a current Western writer, I have my own type of watchdog: the tyranny of the majority and of received wisdom. Expressing my own viewpoint, without self-censorship, therefore, becomes the challenge. I began my novel in 2005, unsure precisely what I had to say, but inspired by the dismay I felt living in a country engaged in two violent, escalating wars, and the dismal aftermath of hurricane Katrina. I feel grateful to have had the opportunity to explore and develop my ideas without fear of punishment or jail time. And I continue to write motivated by the possibility, however small, that should I somehow manage to glean from within myself something “miraculously distilled,” it will have the opportunity to be heard. Every voice must be allowed this opportunity.