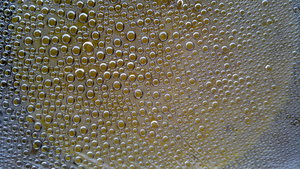 Operation Hinterland: Tales from the Silver Scrapheap is translated from the original Austrian.

Someone has to take the blame. The question is: who?

First, Karlotta; because it was her idea.

Second, Marlen; because she helped.

Third, Suzanna; because she could think of nothing better than standing there and giggling, clapping her hands every couple of seconds as if to say Go on! Go on!

In the end, the three of them decided I was to blame.

What can you do.

It had to be someone, and I protested at first, obviously, arguing that there were plenty of things in this life worth striving for, to be rich or beautiful, to mention only the classic examples, and to be happy, of course, but who wants to be to blame?

To tell the truth, we are all to blame, all four of us, because we did it together. Between us, we knocked the poor woman out and dragged her down to the basement, where we subjected her to abuse for several hours.

It’s called grievous bodily harm, and if someone just stands there and giggles and claps instead of shouting Helphelp! or Policepolice!,that would be called failure to provide assistance, which is why Suzanna shares the blame, even though she wasn’t actually doing the beating and kicking or the biting and scratching.

We’ve probably been in the headlines for days now, our photos on TV, and for all we know that poor woman might have snuffed it in the meantime. Died as a result of serious injuries, as they say. Chances are that’s exactly what they’re saying in the papers and on TV, but we don’t know.

We can’t get the papers right now.

Maybe we’ll be lucky and she’ll live, the poor woman. That would definitely be to our advantage, because you don’t get quite as many years for grievous bodily harm when it doesn’t result in death. But that’s pure speculation. Back to the facts.

Problem no. 2: We are there for good reason.

Problem no. 3: We have one last chance.

This might sound odd, but there are times when a last chance can seem less of a boon and more of a burden, because the tension in a situation is immediately diffused once there is no hope left. We still have a last chance, unfortunately, not because of anything we said or did but on account of the times we live in.

Back in the days when places like this were called ‘gaol’ rather than ‘correctional facility’, for instance, things would have been much simpler, much more laid back. We’d have been arrested and sentenced, end of story. No further discussion, no remanding in custody, just ten years’ hard labour, cutting turf maybe, or crushing stones in a quarry.

These days it’s different. Now you get a last chance before they put you in the correctional facility’s bakery making biscuits – which, if you’re looking at ten years of it, is arguably not much better than cutting turf.

Our last chance goes by the name of Norbert Klupp. Dr Norbert Klupp, to be precise, court-appointed psychiatrist.

Not long after a pretty awful lunch today, the door of our cell opened and in he came. The warden unlocked the door, then stood watching in the doorway the whole time; we are four dangerous women after all.

We’re stretched out on our beds. Two sets of bunks. Suzanna and Karlotta in one, Marlen and me in the other, three square metres of PVC flooring in between, a barred window at one end. Not unlike holiday camp, only without the holiday.

Three fingers point at me from different directions.

My voice is not particularly friendly, and I don’t get up either – too much effort, even though I’m in the bottom bunk. Pretty rude of me, I admit, but I don’t yet know that this slight young man with the rimless glasses is a court-appointed psychiatrist and our last chance. Besides, I’m tired.

I’m always tired, actually. But that’s just an aside.

Another aside: the cigarette in the corner of my mouth – clearly a no-no. There are penalties in this place for breaking the no-smoking rules. But whether I get ten years’ biscuit-baking for smoking or for GBH is kind of irrelevant at this stage of the game.

“My name is Klupp,” says our visitor, coming towards me, “Dr Norbert Klupp.”

“Good for you,” I say. “I can think of worse titles to have before your name, Eur. Ing., for example, and worse names for that matter, like…” I’m trying to think of a really silly name when Marlen pipes up from the top bunk:

“Very funny,” I say and take a drag of the cigarette. Suzanna giggles. She does that every time Marlen cracks a bad joke, and since Marlen is always cracking bad jokes, Suzanna is always giggling.

Dr Klupp offers me his hand and I wonder if I should shake it. It’s a nice hand. Delicate fingers, pale skin. No veins, no liver spots. I see this immaculate white hand and think of milk. I think of flour and how soft it is when you sink your fingers into it. I study his fingernails.

“I’d rather not,” I say and stub out my cigarette on the bedpost. I shove the butt under the mattress to join the rest. Then I hold my right hand up for inspection.

“I’d rather not shake hands, Doctor. I wouldn’t like you to get dirty.”

Dr Klupp stares at the wrinkled specimen at the end of my arm. This mysterious item might be human and a hand, or it might belong to an ape, or it might simply be a wrinkled, blue-veined Thing with nicotine-yellow tips.

He lowers his pearly-tipped beauty.

Ms Block, I just wanted to introduce myself and let you know we’ll be having a few chats over the next few days. About your mental state and…”

“About what?” I say, sitting up suddenly and banging my head off the top bunk.

“About what?” I repeat, rubbing my head.

“About what’s going on inside you and all that. About your mental state.” Marlen says it the way you’d say hoover bag or pedal bin. In that sort of tone.

“Welcome, Doctor, welcome! Great to have you here at last; we’ve been waiting for you!” Karlotta leaps out of her bed. She’s the first to twig that this Klupp guy is our last chance, but I won’t know that until later. Right now, all I know is I’ve a pain in my noggin, to quote Marlen, and that it’s not a good sign if Karlotta is weighing in.

What it usually means is: Let the battle begin!

She’s hit the ground now and marches straight up to Dr Klupp, hand outstretched. Karlotta’s hand doesn’t look a whole lot better than mine, just smaller. A wizened little monkey’s paw sticking out of the army jacket she always wears, a mottled brown and green thing from the 1930s – a point in her favour, I would think. This might actually be a good time to freeze the action in this cell and take a nice quiet break to fill in some background details. My favourite colour, for example, or my favourite drink. Or what I used to do, for a living and so on, before I moved into the retirement home and was given a Life Story form. Before I took to crime.

Anita Augustin was born in Klagenfurt, Austria. She studied philosophy and drama at the University of Vienna before embarking on a PhD. Her dissertation (2001) was on Gehorsam und Vergnügen: die Entwicklung des englischen Melodramas aus der französischen Revolution. She has worked in New York and London and is now based in Berlin as a freelance dramaturg. In 2007 she was joint winner of the Lise Meitner Literature Prize for short prose. Her debut novel, Der Zwerg reinigt den Kittel (2012) sold over 25,000 copies. Foreign rights have been sold to the Netherlands. Augustin’s second novel, Alles Amok, appeared in 2014.

Rachel McNicholl is a freelance translator and editor based in Ireland. She studied German, Italian and French for BA and German literature for MA. She has worked as a language teacher, a lecturer, a journalist, an in­house editor and an adult literacy tutor. Her work has been published in journals and anthologies including Manoa, The Stinging Fly, No Man’s Land and Best European Fiction. Her translation of a short­story collection by Austrian writer Nadja Spiegel, sometimes i lie and sometimes i don’t, was published in 2015 (Dalkey Archive Press).