In late January, Oleg Sentsov arrived in Washington, D.C. to continue his campaign to free Ukrainian political prisoners illegally held by Russia. This was Sentsov’s first visit to the United States. Accompanied by a delegation of other Ukrainian human rights advocates, Sentsov attended a series of high-level meetings held between January 27–29, 2020 with members of Congress, senior State Department officials, journalists, and think tanks.

Sentsov, a vocal critic of Russia’s annexation of his native Crimea, was arrested in 2014 and sentenced to 20 years in prison on groundless charges of “terrorism.” After serving five years of his sentence, Sentsov was released in September 2019 as part of a prisoner swap between Russia and Ukraine. This was due, in part, to a tireless advocacy campaign by PEN America—which awarded him the 2017 PEN/Barbey Freedom to Write Award—and other human rights organizations. Accompanied by Ukrainian human rights advocates Andrey Kurkov, Maria Tomak, and Tamila Tasheva, Sentsov led discussions at a number of events focused on raising awareness of the ongoing conflict in Crimea, regional Russian aggression, and the plight of Ukrainian prisoners of conscience held by the Russian Federation. 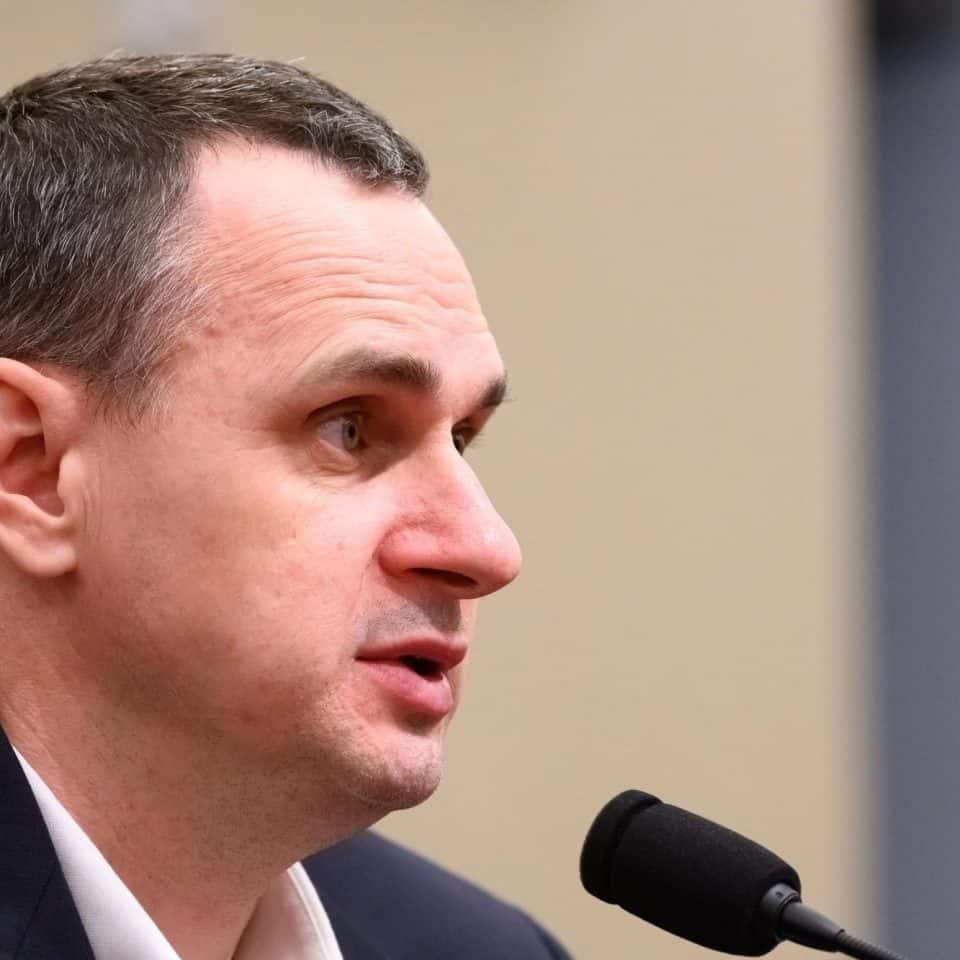 On the first day, Ukraine’s newly arrived ambassador, Volodymyr Yelchenko, welcomed the Ukrainian visitors for breakfast at the Ukrainian Embassy.

The day also included meetings with The Washington Post Editorial Board; Deputy Assistant Secretary of State for European and Eurasian Affairs George P. Kent; and Assistant Secretary for Democracy, Human Rights and Labor Robert Destro; as well as an interview with Myroslava Gongadze at Voice of America. Sentsov spoke powerfully about the current situation in Crimea, his personal experiences as a political prisoner, and the need for the United States to continue to provide material and political support to Ukraine as it defends itself against Russian aggression.

“We are very thankful for the support of the United States to Ukraine, and we urge that you maintain this essential pressure on Russia in holding Putin accountable for this gross human rights atrocities.”

Sentsov, Kurkov, and Tomak then spoke on a panel to a crowd of more than 230 people at Georgetown University. The panel was moderated by Ambassador John Tefft, the only American diplomat who has served as ambassador to both Ukraine and Russia. The panelists discussed Russia’s occupation of Crimea, providing firsthand accounts of the current political climate of the region. The conversation also emphasized the remaining Ukrainian prisoners who have yet to be identified or released, as well as potential developments in the future of Ukraine-Russia relations.

On the second day, the Helsinki Commission hosted a hearing where Sentsov, Tasheva, and American Ukraine expert Melinda Haring of the Atlantic Council testified to the chair of the commission Rep. Alcee Hastings (D-FL), Senator Roger Wicker (R-MS), Rep. Marc Veasey (D-TX), Rep. Robert Aderholt (R-AL), and Senator Sheldon Whitehouse (D-RI). After their statements, the three witnesses answered questions about what Ukrainian citizens and political prisoners, especially ethnic Crimean-Tatars, experience under occupation. Throughout the hearing, Sentsov urged Congress to continue its support of Ukraine’s sovereignty and to insist to Russia that those who remain in detention be granted their freedom as soon as possible.

“Hundreds remain held in inhumane, impossible conditions in Russia and the occupied territories. Most of these prisoners are Crimean-Tatars put in jail for no reason other than their vocal opposition to Crimea’s annexation. Many are tortured. Many lack any legal recourse. And many are forgotten, left behind without the international fame that helped secure my release.”

Following meetings at the Atlantic Council, the National Endowment for Democracy, and the U.S. Agency for International Development, Sentsov’s delegation met with Congresswoman Marcy Kaptur (D-OH) and Congressman Doug Lamborn (R-CO) of the House of Representatives’ Ukraine Caucus. Both representatives stressed the steadfast nature of America’s bipartisan support for Ukraine and listened to Sentsov describe the geopolitical significance and global consequences of Russia’s aggression.

“You can’t expect to satisfy a lion by feeding it grass—especially when you, a form of meat, stand there feeding it. In the same way, you can’t satiate Putin with incremental territorial negotiations. He will not stop with Crimea. He will not stop with the Donbas. Putin will be satisfied with nothing less than the total dissipation of the Ukrainian nation-state.”

Throughout the week, Sentsov and his delegation urged legislators and other members of Washington’s policy and international community to actively support Crimean liberation—predominantly by recognizing and advocating for the hundreds of Ukrainian political prisoners, many of whom are Crimean-Tatars, who remain imprisoned in Russia and Ukraine’s occupied territories. Sentsov’s patriotism toward Ukraine brought an important message to Washington: As a global leader in freedom and democracy, the United States holds an immense responsibility and vested interest in championing those who fight for justice in Crimea and Donbas. 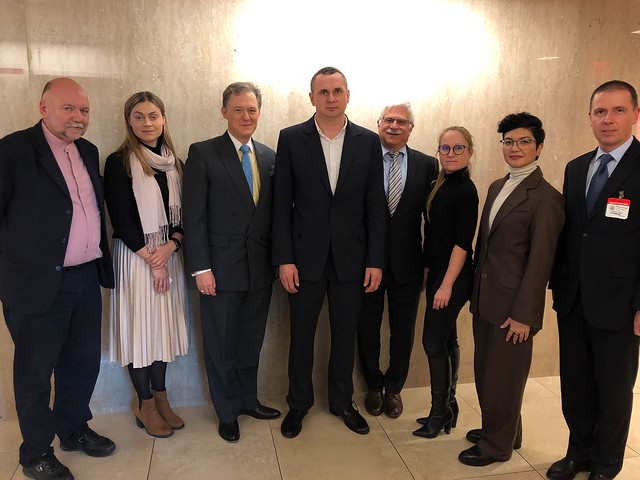 President Jair Bolsonaro slammed Brazil’s Supreme Court on Thursday for investigating an alleged #disinformation and intimidation campaign by his supporters, as a political crisis deepened amid the country’s accelerating #COVID19 outbreak.
https://reut.rs/2XSRiaC

Islamic State claimed responsibility for Saturday’s bomb explosion that killed an Afghan journalist and a technician in a minibus carrying employees of a local television station in Kabul.
https://reut.rs/3dqIeR1

PEN America condemns the horrific toll that anti-Black racism & bigotry exact upon society. We defend the right to protest. We defend news reporters. We are committed to doing everything in our power to effect dramatic change toward a more just world. https://bit.ly/2MlVla8