“Now it is up to us”: Remembering Natalia Estemirova 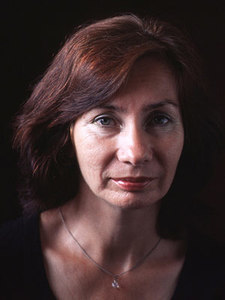 Two years ago on this day, the award-winning human rights activist and journalist Natalia Estemirova was found murdered after her abduction just outside her home in Grozny. At the time, she had been investigating “extremely sensitive” cases of human rights abuses in Chechnya. Although investigators said they learned the identity of the murderer, no one was ever apprehended. The case remains unsolved to this day.

In October 2009, PEN joined a number of other human rights organizations to present Bearing Witness in Chechnya: The Legacy of Natalia Estemirova. At the event, two of Estemirova’s friends and colleagues reflected on her bravery and commitment to exposing the injustice she saw around her. Salman Rushdie read a moving story of hers, published in the independent newspaper Novaya Gazeta, about a defenseless elementary school teacher shot dead by Chechen soldiers. And n + 1 editor Keith Gessen recounted the murder trial of Estemirova’s close friend Anna Politkovskaya; the suspects were eventually acquitted, and her case is likewise unsolved almost five years after the murder took place.

Natalia Estemirova herself discussed her friend’s life and work with David Remnick soon after Politkovskaya’s death in 2006. A year later, when Estemirova was presented with the inaugural Anna Politkovskaya Award—intended to honor female human rights activists who speak out for victims of conflict in the face of great danger—the final lines of her acceptance speech read: “She is no more. Now it is up to us to continue her work.”

As @UN opens its 75th anniversary General Assembly, Iranian activist & writer Nasrin Sotoudeh is in critical condition, hospitalized after 43 days of hunger strike. Her husband @RezaKhandan4 asks the UN to help #FreeNasrin in this video. Sign our petition: https://pen.org/sign-now-iran-must-release-nasrin-sotoudeh/

Join us today and @HumanitiesGC, @CullmanNYPL, & @segalcenter, for the 20th and final week of Translating the Future, with “On the Elusive Art of Translation,” featuring Kate Briggs and Tracy K. Smith, and moderated by Magdalena Edwards. https://bit.ly/2FH8HxY