Not the Wedding Poem 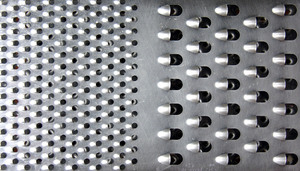 Not the Wedding Poem

The other bridesmaid and me, hung over
& eating gummy banana bread, talked
mostly about war, infrared light & the danger
of trauma becoming a kind of currency
while the Vietnamese women squatting
at our feet raised their eyebrows
then reached for the industrial strength
callus remover that resembles a cheese grater.
The poem I later read to the ragged circle
we made on the beach at St. Pete described
climbing a palm tree at sunset. No crime,
even if the tree I imagined & the tree they see
will never be the same tree. It’s hard to tell
whether the crash survivable memory units
recovered from the black box chilling
at the bottom of the sea are the tonic
for human love, or its proof.
Not to get all sentimental here as crash
survivable memory unit is the technical term,
& I still wanted to give them one, a poem
already broken as a levee, burned & returned
shiny, pink & unpredictable
as the low fetch of air that comes after the storm,
spiraling inward then rising up early
as the bride’s junkie sister sweeping the porch steps
clean again because she is really fucking trying here.