No Regrets: Giving Voice to the Voiceless in Russia 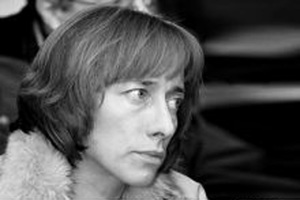 Last week, on the banks of the Vistula River in Krakow, Poland, where we gathered for the biennial convening of PEN International’s Writers in Prison Committee, I finally met Oksana Chelysheva—a brave Russian journalist whose peaceful work on behalf of Chechens has made her a target of Russian authorities in her homeland. Like so many others doing similar work, she faced a choice: stop bearing witness and telling the truth; face arrest, harassment, or death (as in the case of her friends Anna Politkovskaya and Natalia Estemirova); or exile.

Chelysheva was forced to choose exile. She now resides in Finland, where she has continued her work to “give voice to the forgotten,” as one article describes it.

She is a longtime colleague of Stanslav Dmitrievsky, who remains in Russia. Together, along with another colleague, Bogdan Guareli, they authored a book, International Tribunal for Chechnya: Prospects of Bringing to Justice Individuals Suspected of War Crimes and Crimes Against Humanity During the Armed Conflict in the Chechen Republic. The book Chelysheva said last week, has been used by many law students as a basis for their theses. Though it has never been published in Russia, it now faces an official ban: it is under investigation in their hometown of Nizhny Novgorod on the grounds that it is “extremist” in nature.

In a panel discussion on Russia and the former Soviet states last week, Chelysheva said, poignantly, “I can’t say we regret what we have done.”

Later, over coffee, she told me that Dmitrievsky, long used to threats by authorities and shadowy figures, expects that he will go to jail. That he is ready for it. His bravery is documented in a sobering essay by PEN Member Michele Zackheim, who has worked closely with Chelysheva to bring to light news of the threats Dmitrievsky and his colleagues have faced .

Civil society organizations in Russia are in danger, as documented by Human Rights Watch and other organizations—including our colleagues at Russian PEN. More often, though, it is the individuals who support free expression and stand up for the human rights of their fellow citizens who are paying the price.