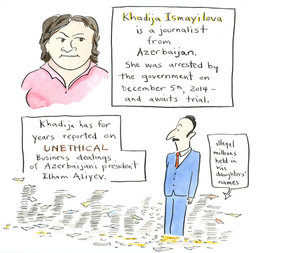 This week, guest editor and The New Yorker cartoonist Liza Donnelly illustrates the plight of imprisoned journalist Khadija Ismayilova, recipient of the 2015 PEN/Barbara Goldsmith Freedom to Write Award. Ismayilova’s case has resurfaced in the news in recent weeks as international human rights lawyer Amal Clooney announced that she would be taking the jailed journalist’s case to the European Court of Human Rights.

The piece is part of a larger series of comics and cartoons commissioned by PEN America with the help of Donnelly and The New Yorker Cartoon Editor Bob Mankoff to draw attention to Ismayilova’s case and to pressing issues of freedom of expression in Azerbaijan. 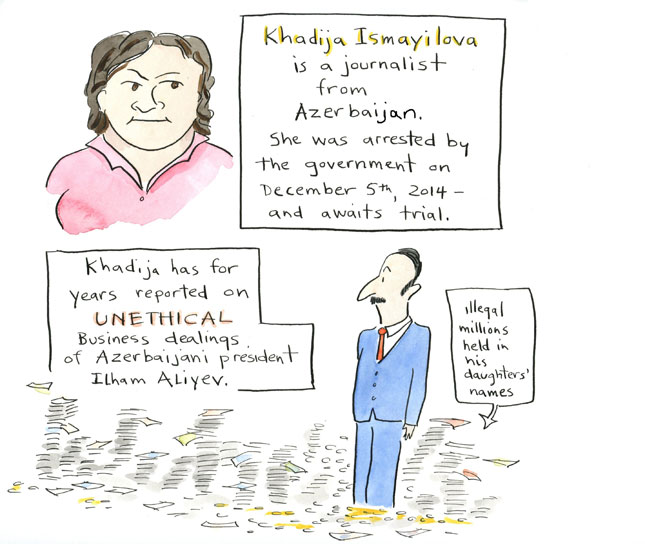 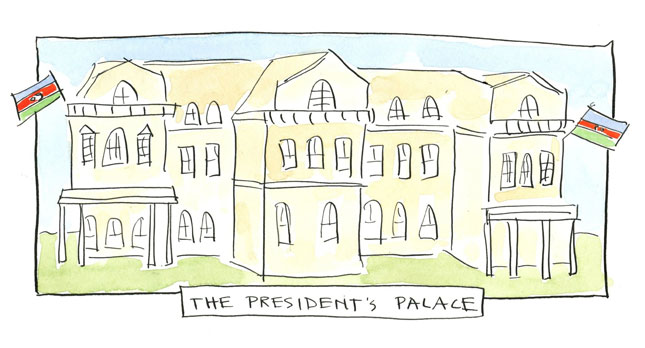 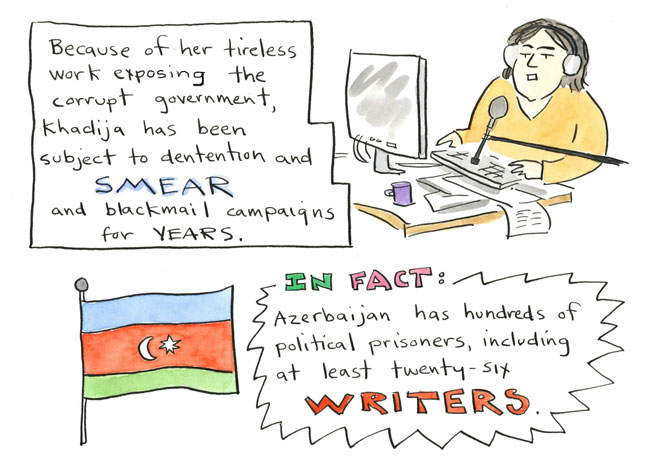 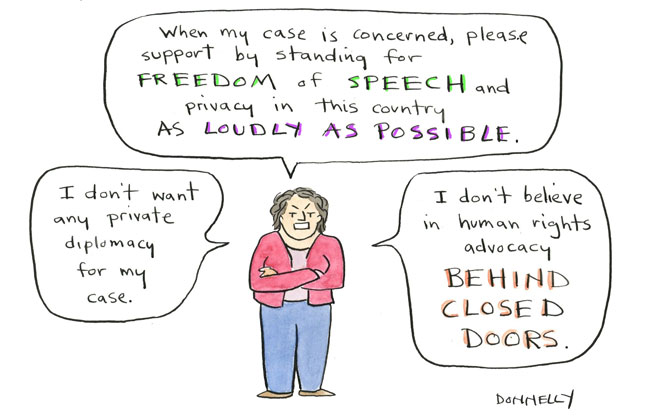 Liza Donnelly is a cartoonist and writer for The New Yorker, The New York Times, Politico, and Medium. A cultural envoy for the State Department and director of Cartooning for Peace NY, she delivered a popular TED talk and has curated numerous exhibits of international cartoonists. The author of 16 books, Donnelly is the recipient of an honorary degree from the University of Connecticut and is a Thurber Prize finalist.