Next Generation Now is the event series dedicated to nurturing a love of literature in children, tweens, and teens at the PEN America World Voices Festival. As the leading writers’ organization defending free expression, a major part of our mission is encouraging today’s children to explore their creativity and appreciate the rich, rewarding, and diverse world they will shape as readers and writers of tomorrow. 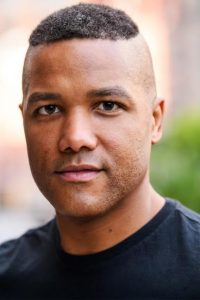 In Virtual Storytimes, writers for kids and teens read aloud the stories they would have shared in person at the 2020 Festival. These short home videos reach inboxes just in time to set family weekends off on the right foot. Many also include creative activities to energize kids, teens, or even aspiring young adult and children’s book authors to hone their craft and engage directly with beloved authors on social media.

In our third episode, Kevin Noble Maillard depicts a modern Native American family as they explore the cultural significance of a favorite dish in lively and powerful verse.

Kevin Noble Maillard is the debut author of Fry Bread, published by Roaring Brook/Macmillan. He is a regular writer and former contributing editor to The New York Times, and has contributed to The Atlantic, Essence, and The Week. He has provided on-air commentary for MSNBC, CNN, ABC, and Al Jazeera. He is a tenured professor of law at Syracuse University. A graduate of Duke University and Penn Law School, he also earned a Ph.D. in political theory from the University of Michigan. He is originally from Oklahoma and is an enrolled citizen of the Seminole Nation.

Order his newest book, Fry Bread, on Bookshop or Amazon.

Next Generation Now is supported, in part, by public funds from the New York City Department of Cultural Affairs and Mayor’s Office of Media and Entertainment (MOME).