“My Grave” and “Ripeness” 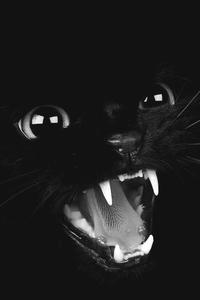 Every day I watch my grave in the yard
included in the price of the house,
with a board over the hole,
with a tombstone of white limestone,
with a photograph in a gold frame,
and the year of birth separated by a dash
from the empty space for death.
The grave is there under the pear tree facing the house
staring at me even when I have my back turned to it.
In spring the cats loosen the board,
and sparrows in the tree shit on it for good luck,
in summer an occasional overripe pear
chips off a piece of the tombstone,
in autumn the rain thins its spine, bites its figure,
in winter the snow rams it deeper into the ground.
It’s the focal point of every thunderbolt,
of every earthquake—it’s the epicenter.
It crumbles, decays, decomposes,
it’s becoming ever smaller, more wizened, brought to its knees,
the grave is disappearing before my eyes,
it’s falling into its own hole, turning from dust to dust.
I look at it this morning, what’s left of it is no more
than a small pile of limestone being scattered by the wind,
broken shards of board big enough to build nesting boxes,
and the photo in its gold frame
flutters around the from-to dash. My grave is vanishing faster and faster,
just like my life.

How could the lightning forever mist up the bathroom mirror
before it struck the one it was not supposed to?
So much trust in the thermometer behind the door,
so much suspicion of the national TV,
and when the boiler blew up in bits
the plumber was at a public celebration,
the presenter’s stomach rumbled through one of the loudspeakers
and the fireworks caused a yo-yo effect in the other,
and when the pregnant women got back home
they could no longer fit into any shower cabinet.
Flood is the ripeness of drought
as death is the ripeness of life.
At night I go to bed with pads on my knees and elbows
lest I give in to the sweeping waters,
the color of dreams depends on the exchange of matter,
I stroke the traces of tomorrow with a spiky ball.
Was it in vain that I ceremonially laid my dental plaque
as the foundation stone of the museum cloakroom?
Hanging in it are the little coats that let Shakespeare’s tempest through.
Before becoming A.-national I too used to pull on my life vest
over my head, but now I do it over my crash helmet.
My body is an exchange office in the Skopje Old Bazaar,
in front of it a heavy man with tattooed muscles and no umbrella
who won’t let me in to get a receipt,
and with the money I exchange with him for a dreamless sleep
buys the spiritual leaders shoes made of devil’s skin.
Some hold their Masses in them, others save them for appearances on TV,
we all have wet feet as if Mary Magdalene had washed them for us.
This morning again the chalice held only anemic plasma,
the babies sucked fingers dipped in distilled water
for batteries and irons, A.’s heart is now a cherry in jam,
now a morello in brandy. When I don’t talk to myself for more than three hours,
the world becomes a cocktail on a bamboo rocker in the middle of a paying beach,
and after a few sips the sea cannot be seen, the sea cannot be seen.

Join PEN America in calling for the release of our #FreedomToWrite honorees Baktash Abtin, Keyvan Bajan, and Reza Khandan Mahabadi who have been imprisoned for their writing, their defense of free expression & their peaceful opposition to state censorship. https://bit.ly/3DvzN3D

Editor of @nytimesbooks @PamelaPaulNYT joins #PENOutLoud to launch her essay collection, 100 THINGS WE'VE LOST TO THE INTERNET, on 10/26. In conversation with @laurenoyler, Paul will provide “a guide to reclaiming just a little of the world IRL.” Tickets: https://bit.ly/3Aai2Wf.

Celebrate #HispanicLatinxHeritageMonth with books! PEN America's very own Jasmine Gonzalez curated a reading list for this month, drawing on recent longlisters, finalists, winners, and judges of the #PENLitAwards. Check out the full list here: https://bit.ly/2XeHewE.