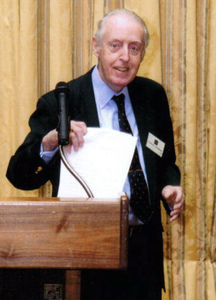 As the 90th anniversary of the founding of PEN American Center approaches, PEN checks in with former presidents, staff, and members to reflect on the past, present, and future of the world’s oldest literary and human rights organization. Here, Tom Fleming, who served as president from 1971 to 1973, talks about his efforts to help German author Heinrich Böll become International PEN president, welcoming Germany back into the international literary community in the wake of World War II.