The Moth at the PEN World Voices Festival: What Went Wrong? 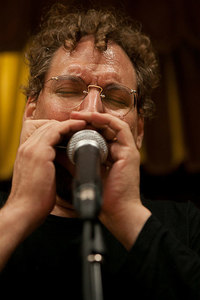 April 30, 2011 | The Cooper Union | New York City
With Jonathan Franzen, Warren Macdonald, Jenny Allen, Edgar Oliver, and Elif Shafak; hosted by Salman Rushdie; directed by Catherine Burns and Sarah Austin Jenness of The Moth
Co-sponsored by The Cooper Union and The Moth
World Voices Festival founder and chair Salman Rushdie hosts New York City’s hottest literary ticket, The Moth, in a night of storytelling on the theme What Went Wrong. At this culminating moment of the Festival, five master storytellers share never-before-heard tales developed and shaped with The Moth’s directors.
The Moth, hailed as “brilliant and quietly addictive” by The London Guardian, is a nonprofit storytelling organization dedicated to the art and craft of storytelling. The Moth podcast is downloaded more than one million times a month, and The Moth Radio Hour, distributed by PRX, airs on two hundred radio stations nationwide.