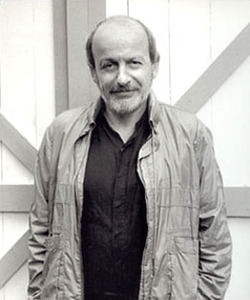 The 2012 PEN Literary Awards Ceremony was held at CUNY Graduate Center’s Proshansky Auditorium on the occasion of the 90th Anniversary of PEN American Center. PEN presented 18 awards, fellowships, grants, and prizes—including two awards offered for the first time ever: the PEN/Bellwether Prize for Socially Engaged Fiction, founded by Barbara Kingsolver and first established in 2000, and the PEN/Steven Kroll Award for text in an illustrated picture book. In addition, some of the highlights included: The PEN/Saul Bellow Award for Achievement in American Fiction was presented by George Saunders and given to E.L. Doctorow; the PEN/Laura Pels Award for Master Dramatist was presented to Christopher Durang; the PEN/Ralph Manheim Medal for Translation was presented by Gregory Rabasa to Margaret Sayers Peden; and the PEN/ESPN Lifetime Achievement Award Literary Sports Writing was presented by Lesley Visser to Dan Jenkins. With the help of its partners and supporters, PEN conferred nearly $175,000 in 2012 to some of the most gifted writers and translators working today. A full list of winners and runners-up can be found online at PEN’s website here.