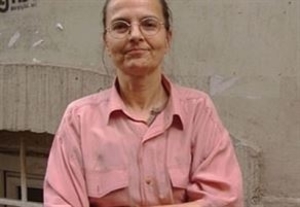 PEN American Center named Ayşe Berktay, a translator, writer, and activist in Turkey, as the recipient of its 2013 PEN/Barbara Goldsmith Freedom to Write Award. Berktay, a leading advocate for peace, women’s rights, and Kurdish rights in Turkey, was arrested on October 3, 2011, and is currently being tried for “membership in an illegal organization” for her pro-Kurdish cultural advocacy.