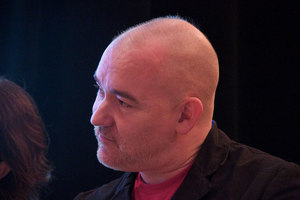 Dale Peck, the controversial critic and daring author of queer novels such as Martin and John, interviews one of Morocco’s youngest and most talented novelists Abdellah Taїa (Le jour du roi). They’ll discuss identity, gender and sexuality in the vastly different sociopolitical contexts of contemporary New York City and Morocco.

Under the High Patronage of His Majesty King Mohammed VI, co-presented as part of World Nomads Morocco. The annual World Nomads festival, produced by the French Institute Alliance Française (FIAF), celebrates the phenomenon of 21st-century transculturalism through the arts and scholarly discussion. It offers a platform for the exchange of ideas and artistic expression among traditional and contemporary cultures. The festival returns this May at a particularly suitable time for its fourth edition, to celebrate the many facets of Morocco.