DEFIANCE: The Spirit of ’89 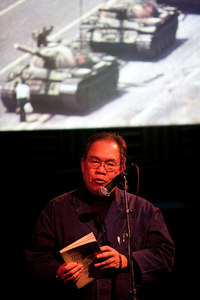 June 5, 1989: An unidentified man faces down a column of tanks a day after hundreds are massacred in Tiananmen Square. It is one of the most enduring images from that spring of ferment and rebellion, and an iconic representation of a timeless and universal gesture: individual, nonviolent resistance to tyrannical authority. Join writers and artists from around the world for an evening of literature celebrating the power of one person, one body, one imagination to stand against the state.

Cosponsored by the American Civil Liberties Union and Joe’s Pub.