A Place Out of Time: Gregor von Rezzori’s Bukovina Trilogy 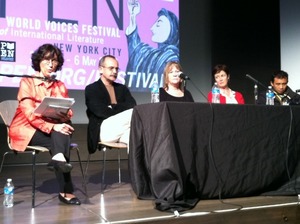 In the early 20th Century, what is now Chernivtsi, Ukraine was Czernowitz, Bukovina, part of the Austro-Hungarian Empire and the birth place of the dazzling writer Gregor von Rezzori. For Rezzori, this city was a place full of color and laughter, but also of terrible uncertainty and latent violence, a polarity captured in his Bukovina trilogy Memoirs of an Anti-Semite, The Snows of Yesteryear: Portraits for an Autobiography, and An Ermine in Czernopol. Explore Rezzori’s lost worlds and enduring works in a discussion with some of today’s finest writers.