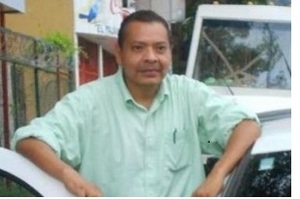 PEN International joins PEN Mexico in protesting the murder of journalist Jorge Torres Palacios, found dead on June 2, 2014. PEN calls on the authorities to carry out a prompt and thorough investigation into this and all other journalist murders, and to bring those responsible to justice.

The following is a statement released by PEN Mexico:

Last Monday, June 2, the journalist Jorge Torres Palacios was found dead, near the beaches and Barra Vieja, 20 kilometers from the Diamante area, on the outskirts of Acapulco, Guerrero.

According to forensic medical services, the body showed no gunshot wounds, and his death was declared to have been caused by suffocation, as he was found inside a bag.

PEN Mexico is lending its support to the protest by journalists from various towns in Guerrero, who marched to demand that investigations into Torres Palacios’s murder be clear and open, and that the police quickly identify the whereabouts of the twelve armed men who kidnapped him when he arrived home last Thursday.

Jorge Torres Palacios acted as a Social Communications spokesperson for the state government in Acapulco, during the term of former governor Zeferino Torreblanca Galindo (2005-2011). He was the main presenter of the evening news on Radio y Televisión de Guerrero, where he was head of information. He also wrote columns in many regional newspapers.

PEN Mexico emphatically condemns the murders of Mexican broadcasters, which is a direct attack on freedom of expression in this country.

PEN Mexico calls on local and federal authorities to ensure that the investigations are clear and give the victim’s family the information they need.