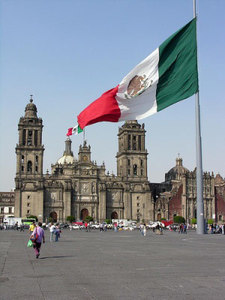 It is encouraging to see that Mexican President Felipe Calderón has signed a new law to protect journalists. It’s the second major step the Mexican government has taken in recent weeks to address the appalling violence against journalists in Mexico, and it is part of a package of reforms that PEN pressed in meetings with government officials in Mexico City in January.

1. Urgent Measures, where the journalist under threat will be temporarily moved, under protection, from the area in which these threats were received.

2. Technical Measures, where the journalist will be provided with security cameras and specially armoured vehicles.

3. Instructive Measures, where the journalist will be offered courses in self-protection, manuals, etc.

Special funds will be set aside to carry out the measures.

Calderón also signed a major law amending Article 73 of the Constitution to shift responsibility for protecting journalists from states to the federal government. The latter law passed the Senate on March 13 and was sent to the states for ratification.

At present, Mexico is one of the most dangerous countries in the world for journalists. Over the past 12 years, at least 80 journalists, writers, and bloggers have been murdered and a dozen have disappeared. (Check out Cathal’s sobering piece on this issue here or listen to WNYC’s recent podcast on the topic here.)

Of course, the devil is in the details, but we’re pleased that Mexico has taken the initiative to boldly fight this grave threat to free expression and human rights.