Mexico: Authorities must solve killing of second journalist in Veracruz 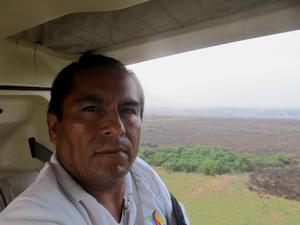 The Mexican authorities must investigate the fatal shooting of journalist Manuel Torres from Veracruz State on May 14, 2016, as a matter of utmost urgency, ensuring that any possible links between his death and his journalistic work are thoroughly scrutinized, said PEN International today. Torres is the fourth print journalist to be killed in Mexico this year, and the second from Veracruz.

“Today in Mexico, in Veracruz, the violence is seemingly endless and impunity almost absolute; the plight of journalists is just the tip of the iceberg,” said Jennifer Clement, President of the worldwide writers’ association PEN International. “I urge the Mexican state to break the link in this infernal chain of impunity by investigating and solving the killing of journalist Manuel Torres.”

According to news reports, Manuel Torres, an experienced freelance journalist who ran his own website, was killed by unknown assailants as he was returning home in Poza Rica, Veracruz. That morning he had attended a meeting of local candidates for the Institutional Revolutionary Party (PRI). He died of a single gunshot to the head.

Torres leaves behind a wife and two children.

Torres had been a reporter for over 20 years and had worked for TV Azteca, the daily newspaper Noreste, and the online news portal Radiover.com among others, according to news reports. He was reportedly known for his coverage of law and order. Recently, he had set up his own local news website (http://mdna.noticiasmt.com/) which covered politics, crime, and social issues.

One of Torres’ last posts from May 11, 2016, shows a photo of the wife of the newly named PRI candidate for the government of Veracruz, Senator Héctor Yunes Landa, at an election campaign meeting with other female PRI members. Although the article is by another journalist, the photo carries Torres’ by line.

The Poza Rica regional attorney general is investigating the murder. Worryingly, a statement by the office of the Veracruz state attorney general on May 14 did not recognize Torres as a journalist, identifying him only as an assistant and driver for the PRI town hall official Carlos Ortiz Christfield of Poza Rica, work which Torres carried out alongside his journalism.

The Veracruz State Commission for the Protection of Journalists (Comisión Estatal de Atención y Protección a Periodistas – CEAPP) – created by the Veracruz state government in 2012 but in principle independent – issued a statement condemning the murder and calling for a swift investigation, which it said it would monitor. A CEAPP representative who reportedly came to Poza Rica in order to offer the family support and protection measures affirmed that Torres was indeed a journalist.

PEN International calls on the Special Prosecutor for Crimes against Freedom of Expression (Fiscalía Especial para la Atención de Delitos cometidos en contra de la Libertad de Expresión – FEADLE) to assert its jurisdiction in the case and to ensure that any possible links between Torres’ death and his journalistic work are properly investigated. FEADLE is the federal authority responsible for the investigation and prosecution of crimes against freedom of expression, including the murder of journalists.

Torres is the fourth print journalist to be killed in Mexico this year alone, and the second in Veracruz state. Anabel Flores Salazar, crime reporter for El Sol de Orizaba, was found dead on February 9, a day after she was abducted from her home in Veracruz state.