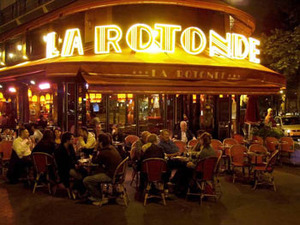 This year, at the restaurant La Rotonde in Paris, I once again had lunch with Mavis Gallant and several other expatriate writers. I mentioned that when I returned to the U.S., I would have to pack up the contents of my home of sixteen years and move to a new one. I bemoaned that I had rafts of junk to sort through, and when it came time to judge the fate of each item, I would no doubt recall how it had come into my possession: the event, the person who gave it, the circumstances of my life then, whether I now disliked the gift-giver, or, even more difficult to consider, whether it had once belonged to a friend who had since died in a tragic way, as well as whether the memorabilia represented one of those rare firsts—say, first love letter from first boyfriend or first pair of contact lenses. The boxes of my hoard are emotional time capsules that leak when I discover them again. I admitted to my lunch companions that I was hopelessly sentimental.

Mavis then declared: “I’m not sentimental at all.” As example, she told us about a coat, and by her description it was classically couture, of the finest material. Was it a love-laden gift or a celebratory splurge? All the details now escape me. But they impressed me enough so that when Mavis said, “I threw it away,” my brain did a swerve and a skid. She explained she would never wear it, had no use for it, and it didn’t mean a thing to her anymore. She repeated the shocking words, “I threw it away.” But it must have been worth something, we said. And Mavis said in the tone of a Parisienne translating the correct usage of words for a tourist, “Of course, I didn’t throw it in the trash bin.  I gave it away.” Okay then, and we nodded. That additional bit of information is, I think, a trait in her stories: the boldly stated sentence that knocks you off center and is uttered with the absolute authority of a period. But then you discover the period is actually a semi-colon, and what follows is another trait of a Mavis Gallant story: the richness of a shrewdly chosen detail, perhaps ironic or contradictory, and often mirthful, even hilarious, which then pushes you off-balance in the other direction. If you were to re-read any of her stories with the perspective of a writer learning the mysterious craft, you would realize that each of those unexpected elements, seemingly told in an off-handed way, can be culled only from the vast possibilities of a cultivated yet bohemian mind.

And thus, her words “threw it away” were deliberate and apt. If stories are extensions of personal beliefs, Mavis Gallant throws away all sorts of useless attachments, be they objects, expectations, or nostalgic images of one’s youthful self now superceded by jowls and disappointments. She discards false fronts, comfort in social order, items placed in a room to give it an imitative grandeur. Things that are useless and false should not be saved, that’s what I think she is saying. And whatever is worth keeping does not lie within the seams of a coat but in the rivulets of an idiosyncratic brain and its lagunas of memory. From those small ponds, a writer with a broader consciousness can salvage odd bits, and place them after the semi-colon as the insouciant aside—“oh and did I mention?”—which bends the story.

“August” from her collection Paris Stories has plenty of those bits. It tells the story of an American family in Paris, loathe to acknowledge a crisis:  a young woman, Flor, is retreating from the mad, mad world into madness. Her mother and husband want life to return to what it was in the past, when the husband was “sick in love” with Flor and her beauty, when her mother could attend to the “essential details, such as hair, nails, massage.” Despite the ominous signs, they adhere to schedule and go on holiday in August. To my mind, it is also a story about sentimentality. I emphasize the word about, since this is most certainly not a story written in a sentimental style, far from it. The distinction is in the details. Flor’s mother, Bonnie, effects the look of the pouty charmer of her youth, who writes breezy letters of a busy life, and has “the habit of slipping little pieces of paper inside her letters to her sister-in-law. These scraps, about the size of a calling card, bore a minutely scrawled message which was what she really wanted to say, and why she was bothering to write a letter at all.”

A Mavis Gallant story is often about what cannot be said, or seen, or heard, or understood beyond a vague unease. Often it is refusal to do so, foolish stasis, or a paralysis where choices are there yet invisible. In “August,” Flor cannot find words to speak her thoughts: “Her lips did not move; but she had the lingering impression of a faultless echo, as if the words had come to her in her own voice.” A stranger becomes part of the family and immediately senses the murkiness of a family falling apart. “They had lighted the candles without drawing the curtains, and, as the summer night had not yet descended, the room was neither light nor dark, which, for some reason, Doris found faintly disturbing.”

Often, as her reader, I find passages in Mavis Gallant’s work that leap out as personally and hilariously true, as with this one: “The room seemed full of inherited furniture no one knew how to get rid of; yet they had taken the apartment as it was. They were trailing baggage out of a fabricated past.” The latter is a line I will recite in the future as I place knickknacks on the mantle of my new home.

Perhaps none of my remarks about Mavis Gallant’s story bears any resemblance to her real intentions and meanings. I imagine myself at another lunch at La Rotonde: Mavis is telling me she has read what I wrote about her story. She leans over the menu, and gives her usual uncensored opinion:  “It wasn’t that at all.” And perhaps she’ll add another remark, a bend in the meaning, one of those observations she makes of her characters, that we see ourselves uniquely through the relics of our own lives, both saved and salvaged.