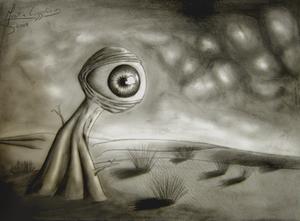 Speech seems to us the main instrument of thought, emotion, and action. There is no thought or emotion without a verbal image, no free action without first a project in thought. This is even more true among peoples who disdained the written word. This explains the power of speech in Africa. The word, the spoken word, is the expression par excellence of the life force, of being in its fullness….

The African languages are characterized first of all by the richness of their vocabulary. There are sometimes twenty different words for an object according to its form, weight, volume, and color, and as many for an action according to whether it is single or repeated, weakly or intensely performed, just beginning or coming to an end. In Fulani, nouns are divided into twenty-one genders, which are not related to sex. The classification is based sometimes on the meaning of the words or the phonetic qualities and sometimes on the grammatical category to which they belong. Most significant in this respect is the verb. On the same root in Wolof can be constructed more than twenty verbs expressing different shades of meaning, and at least as many derivative nouns. While modern Indo-European languages emphasize the abstract notion of time, African languages emphasize the aspect, the concrete way in which the action of the verb takes place. These are essentially concrete languages. In them words are always pregnant with images. Under their value as signs, their sense value shows through.

The African image is not then an image by equation but an image by analogy, a surrealist image. Africans do not like straight lines and false mots justes. Two and two do not make four, but five, as Aime Cesaire has told us. The object does not mean what it represents but what it suggests, what it creates. The Elephant is Strength, the Spider is Prudence; Horns are Moon and the Moon is Fecundity. Every representation is an image, and the image, I repeat, is not an equation but a symbol, an ideogram. Not only the figurationn of the image but also its material…stone, earth, copper, gold, fiber–and also its line and color….

The Ursula K. Le Guin Literary Trust will award the first-ever Ursula K. Le Guin Prize for Fiction in 2022, seeking to recognize "realists of a larger reality, who can imagine real grounds for hope and see alternatives to how we live now." https://bit.ly/2YYEhRO

ICYMI: In our latest edition of #thePENpod, we spoke with Uli Beutter Cohen, creator of @SbwyBookreview, about her upcoming book, what she's reading now, and more: https://bit.ly/3FQNQTc.