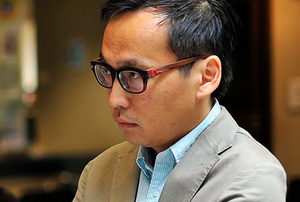 The Malaysian government shows no sign of scaling back its sedition dragnet with the arrest of human rights lawyer Eric Paulsen over a tweet he posted on January 9, 2015. Paulsen joins an unprecedented number of activists, lawyers, students, journalists, and opposition members who were investigated, charged, or convicted last year under the Sedition Act of 1948. The draconian law, enacted during British colonial rule, is still used today to intimidate and instill fear in people who express views that are critical of government actions.

In the case of Paulsen, it was a comment on social media about the extremist sermons of the federal Islamic agency Jakim that landed him in trouble with the law. Despite having agreed to show up voluntarily for investigation, he was arrested on the night of January 12, 2015, by twenty police officers. Paulsen was released on police bail two days later and is set to appear in court on April 27, 2015. If found guilty, the co-founder and executive director of Lawyers for Liberty could face up to three years in prison.

Paulsen is just one of sixteen people currently facing charges under the Sedition Act. The term “sedition” is often used in a broad and vague manner, allowing the government to wield it against anyone who threatens their legitimacy, even in the most trivial of ways. Others in the past have been charged for less: opposition lawmaker RSN Rayer’s offhand remark about the ruling political party or a seventeen-year-old student’s Like of an “I Love Israel” page on Facebook. The Act also gives the police free reign to interpret opinions about the government, like Paulsen’s, as attacks against Islam, which is a penal offense in Malaysia.

Paulsen’s high-profile role as an advocate for free speech was likely a factor in his arrest. Lawyers in Malaysia are among the most vocal critics of the Sedition Act, and they have continually demanded its repeal. Paulsen is the second Lawyers for Liberty member to be charged with sedition, suggesting the government closely monitors members of the human rights community. Just last September, Paulsen had made a prophetic comment that he “might be next” in the wave of targeted government attacks.

Not only has Prime Minister Najib Razak backpedalled on his public promise to repeal the Act, he has since announced plans to expand its use. After the Charlie Hebdo shooting, Tan Sri Khalid Abu Bakar, Malaysia’s Inspector-General of Police, used the horrific incident to justify the existence and use of the Act. There is a glimmer of hope as the Federal Court has allowed Dr. Azmi Sharom, a university lecturer, to challenge the constitutionality of his sedition charges in court next month. If ruled unconstitutional, it could nullify the charges against Paulsen and the others, scoring a major victory for freedom of expression in Malaysia.