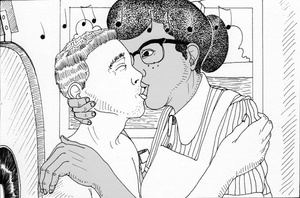 In this week’s Illustrated PEN, guest editor MariNaomi features a piece by Josh Trujillo; illustrated by Patrick Horvath; with lettering by Adam Pruett.

MariNaomi writes: “’Lung’ is a story that appears in the series Love Machines, which is currently being Kickstarted as an anthology. Author Josh Trujillo commissioned art from various talented cartoonists, and despite the wide variety of styles, the stories are tied snugly together via Trujillo’s brilliant, sensitive writing. There is a running technological theme, but each story is really about the sadness and beauty of humanity. This story in particular really got to me, but each one is worthy of multiple careful reads.” 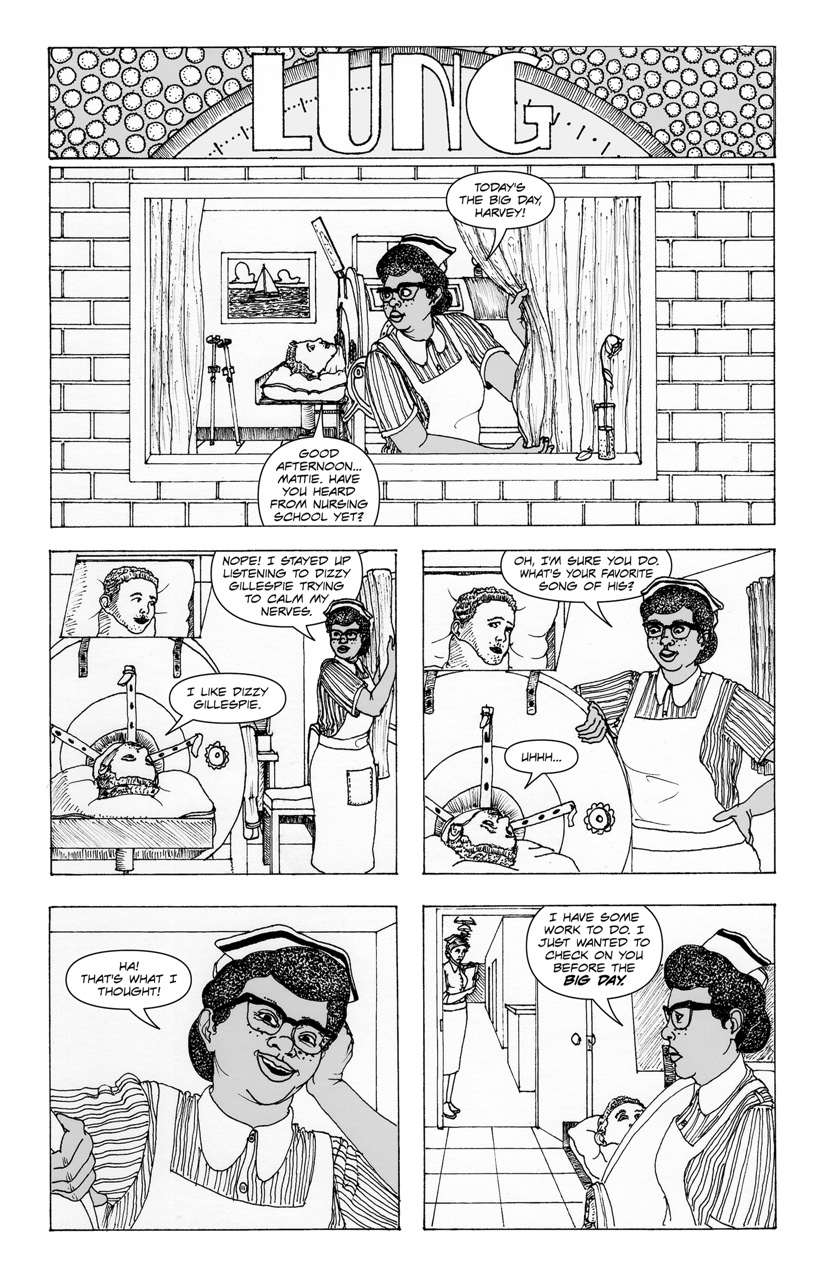 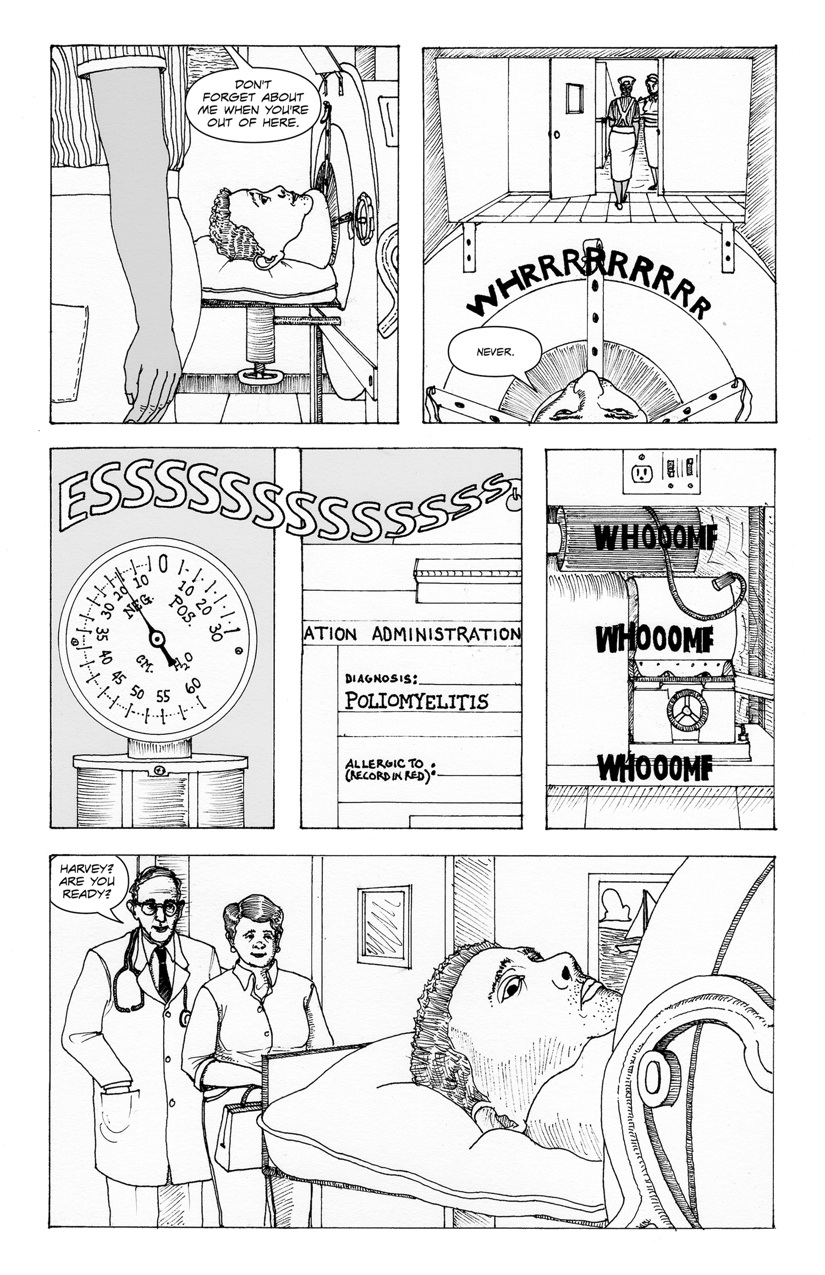 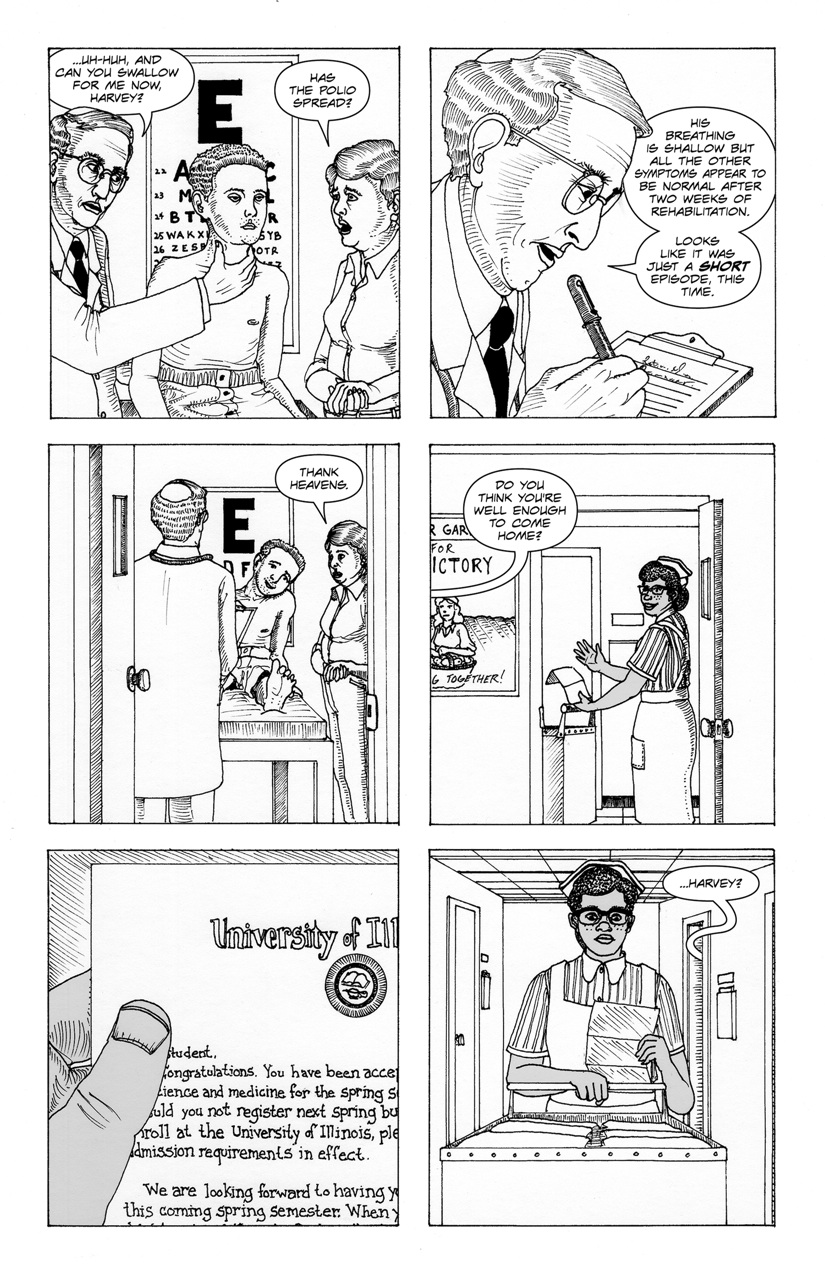 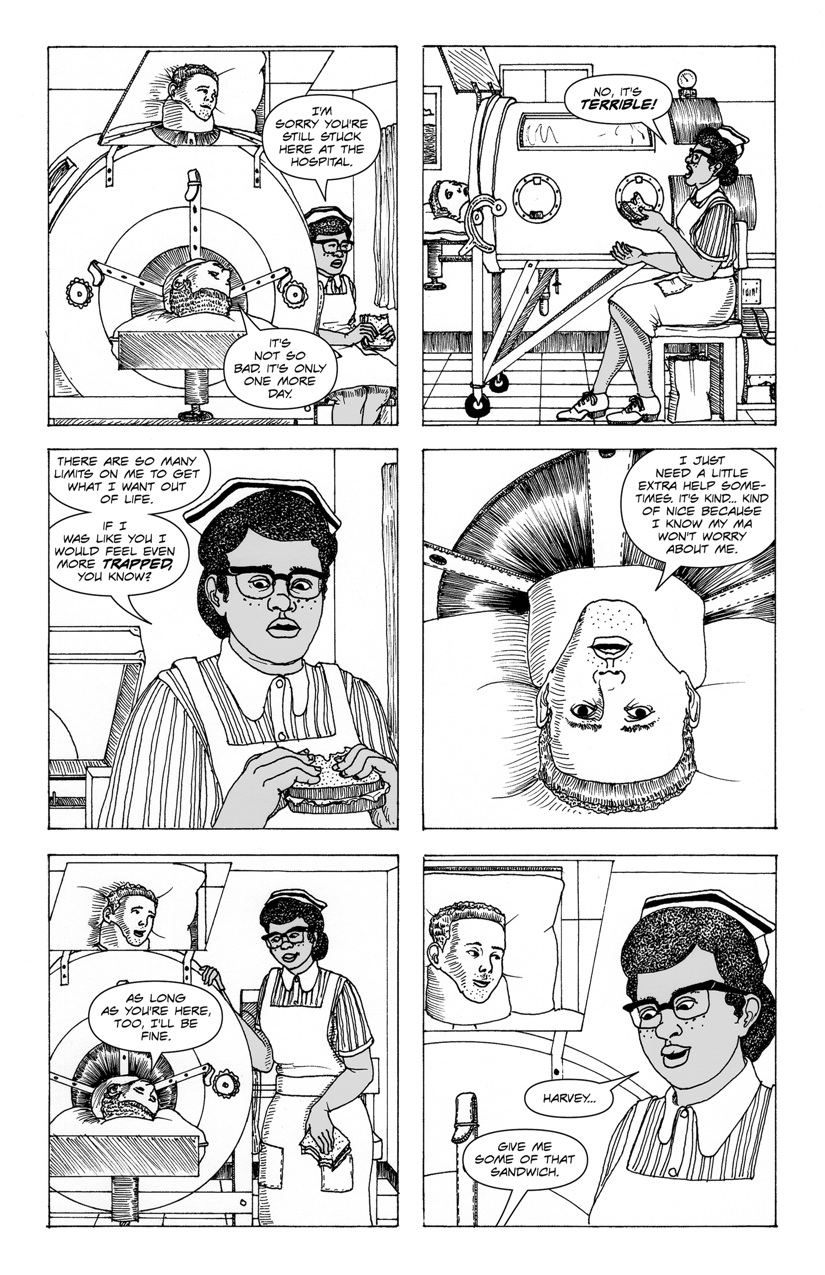 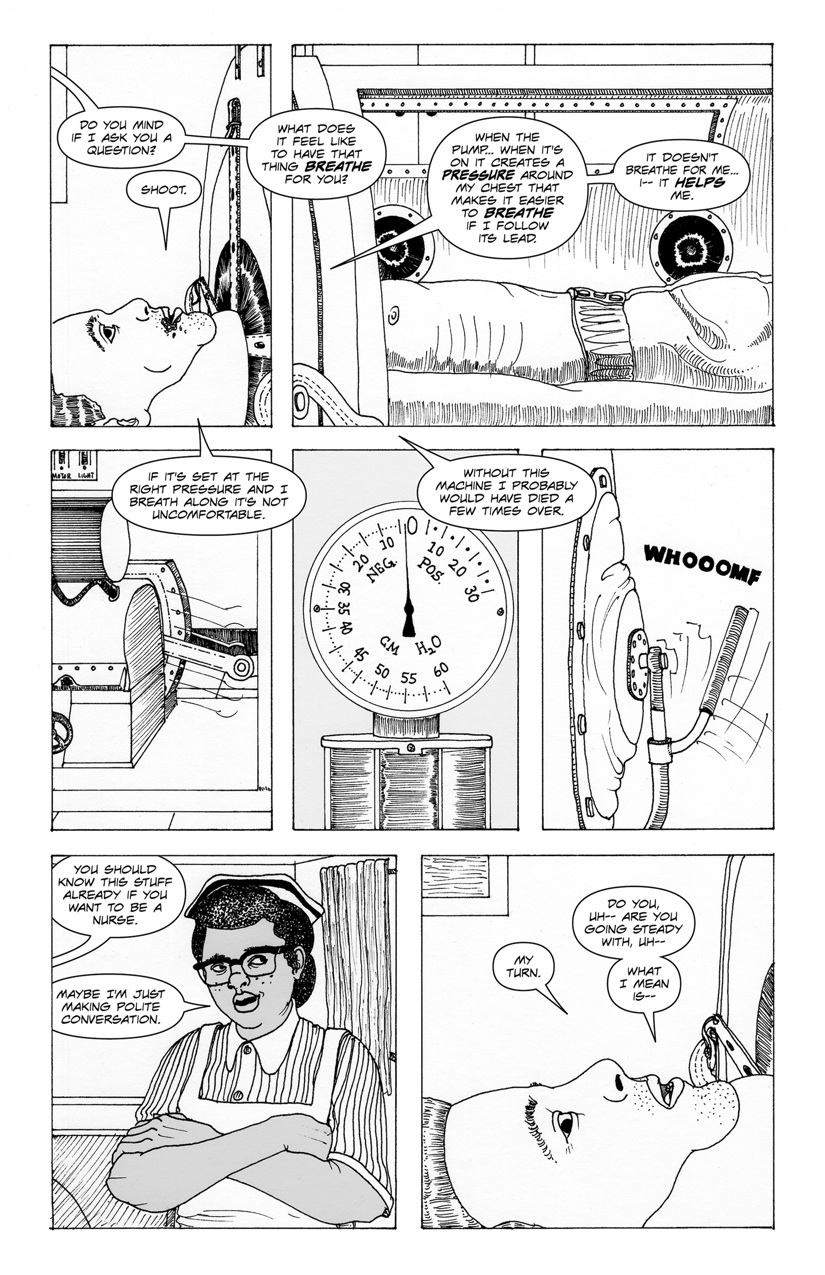 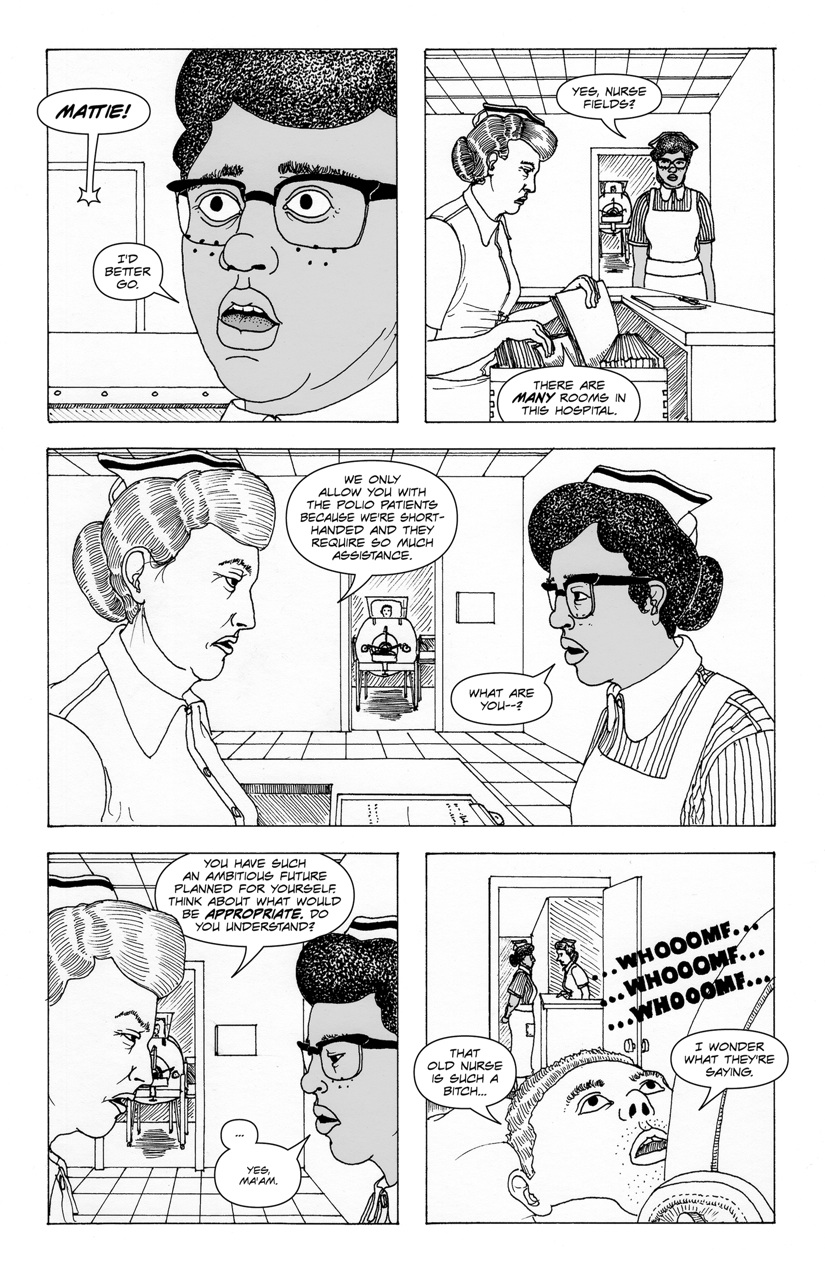 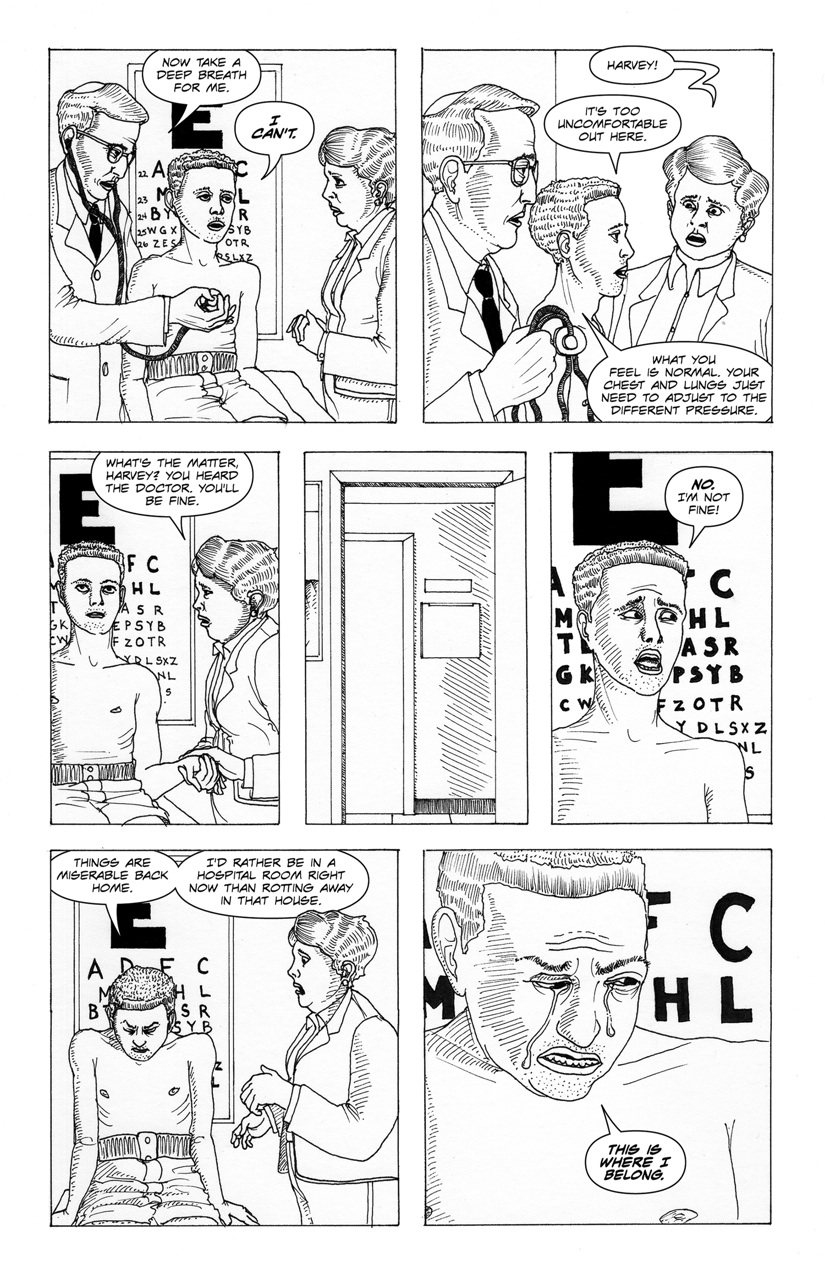 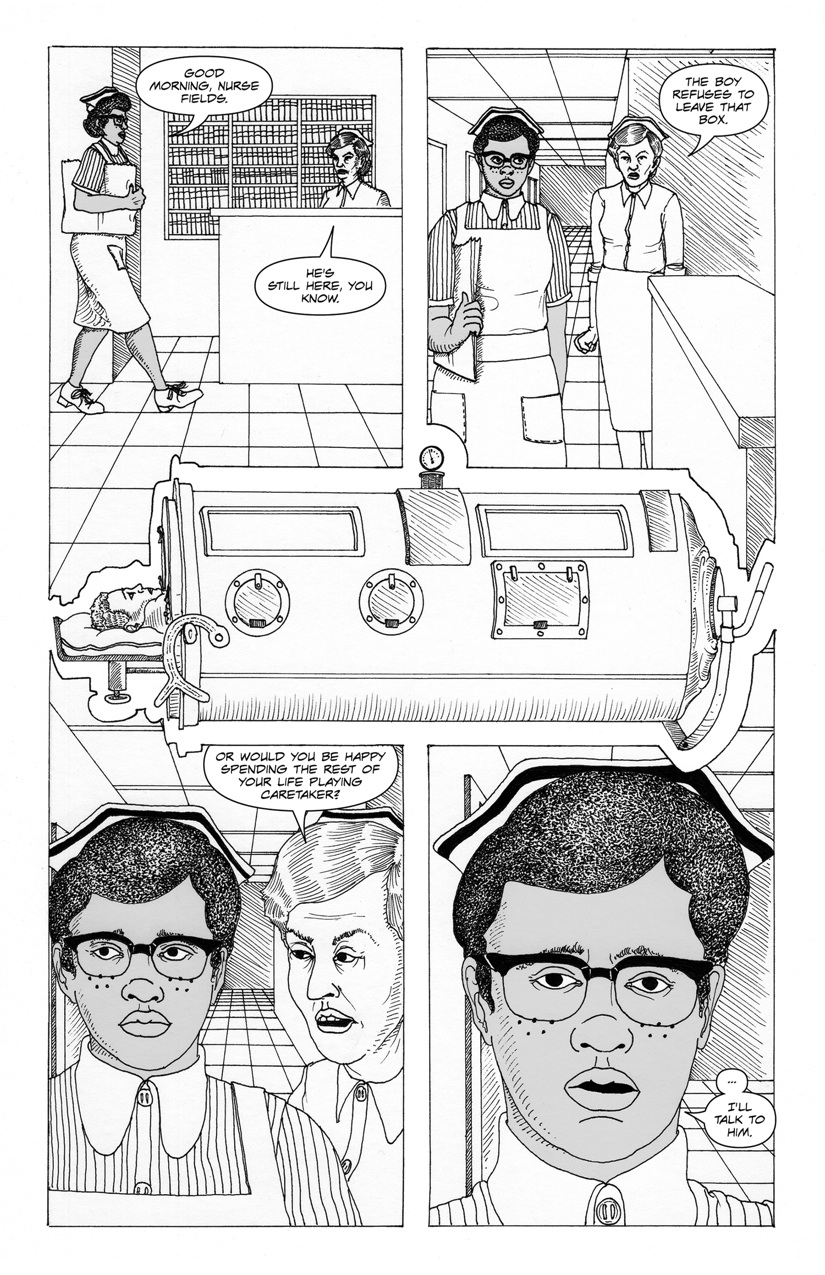 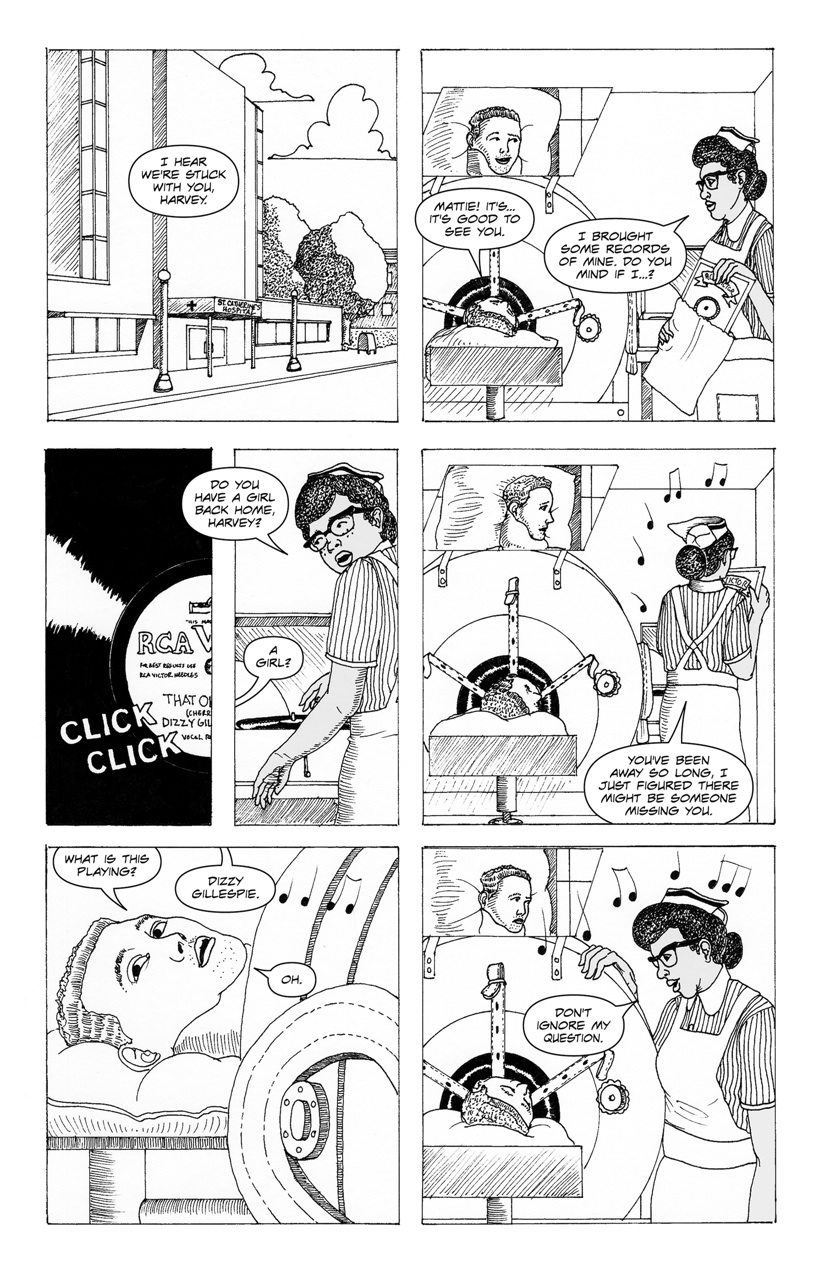 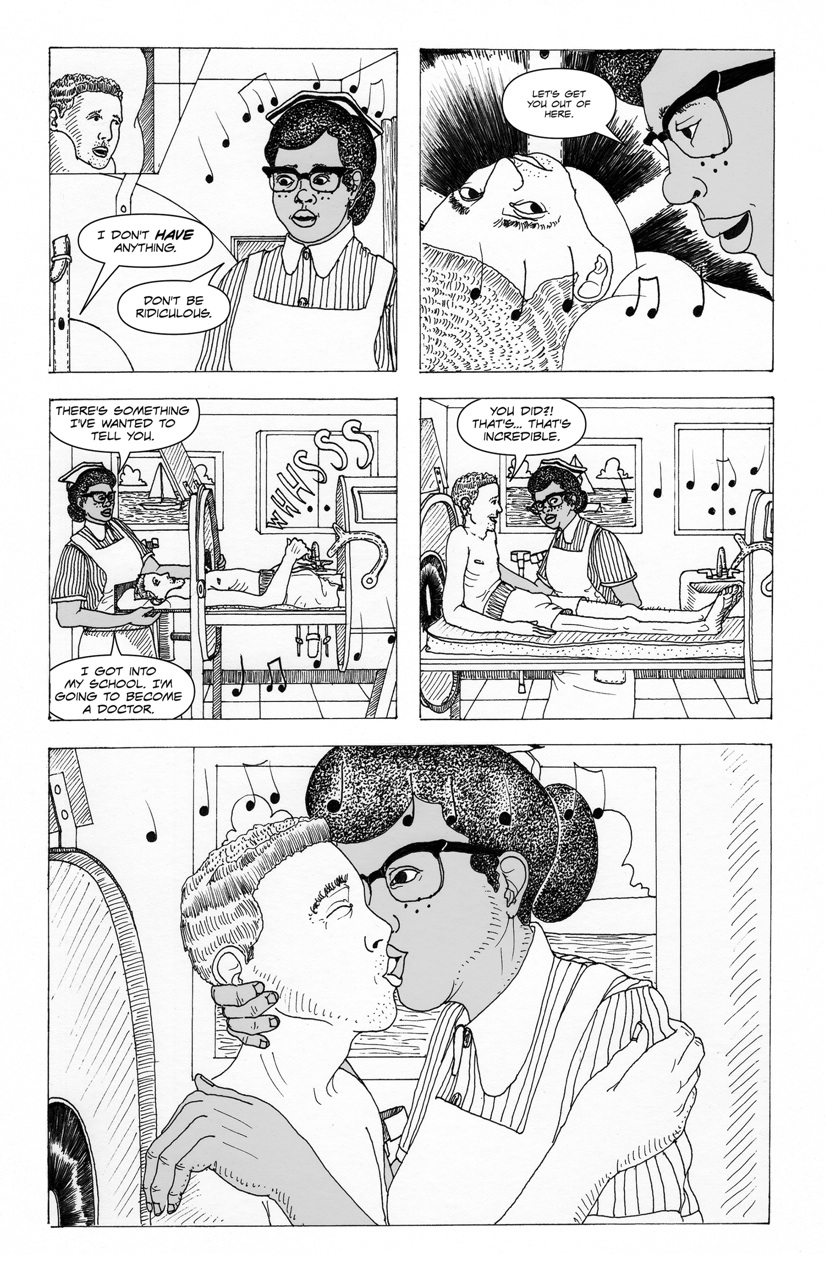 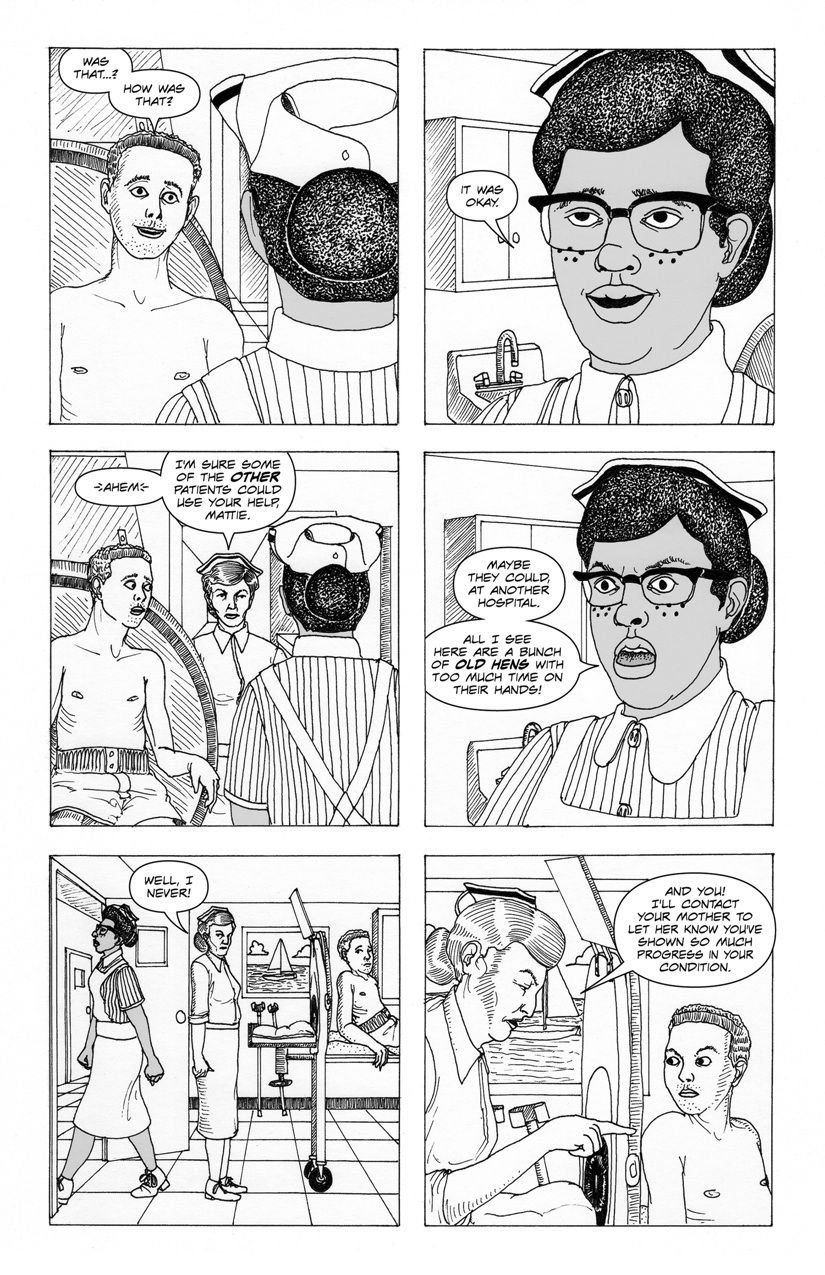 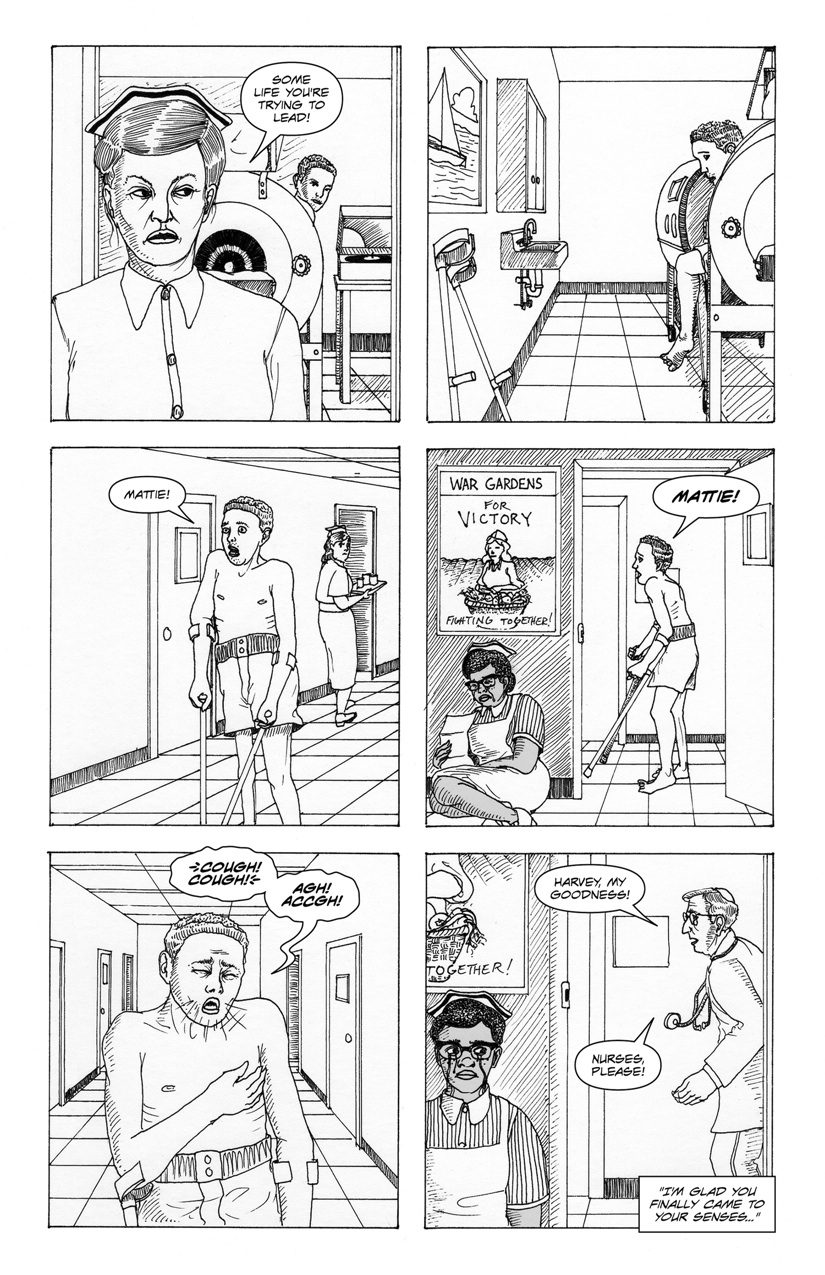 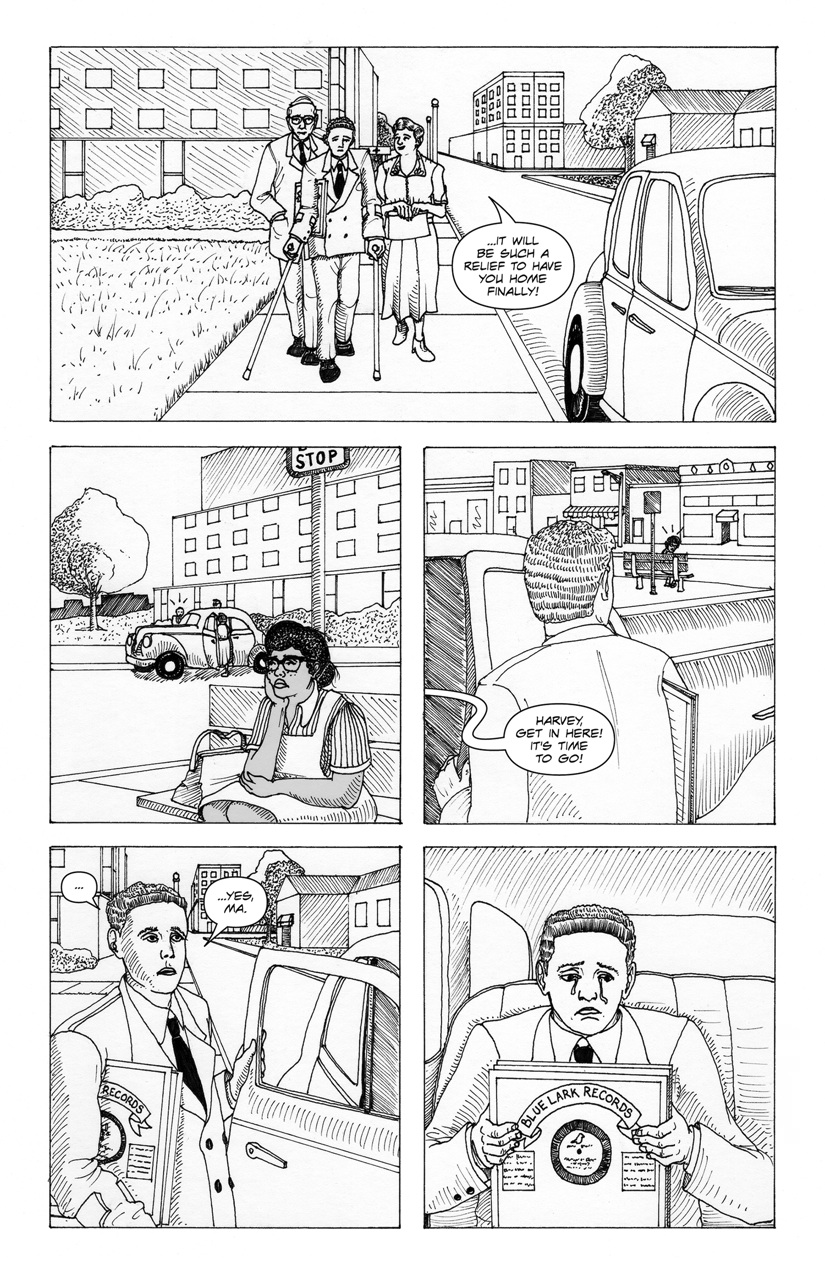 Josh Trujillo is a writer from Los Angeles, California. He is best known for his technological romance series Love Machines and the fantasy gaming anthology Death Saves: Fallen Heroes of the Kitchen Table. April 2016 marks the debut of his first original graphic novel for Cartoon Network and Boom! Studios, Adventure Time: The Four Castles. Visit JoshTrujillo.com

Patrick Horvath is a filmmaker and illustrator based out of Los Angeles. Feature film writing and directing work includes Southbound (2016), The Pact 2 (2014), and Entrance (2012). His current illustration work can be found on Huffington Post and in collaboration with Josh Trujillo on his anthology series Love Machines.