In this week’s Illustrated PEN, Guest Editor Dave Ortega presents excerpts from artist Raúl the Third’s Lowriders series, including an exciting preview of Lowriders Blast from the Past, forthcoming from Chronicle Books in October 2018.

Ortega writes: In the Speech 101 class at UTEP where we met, Raúl the Third (a.k.a. Raúl Gonzalez ) wouldn’t stop lending me his comics week after week, eager for whatever reason to jump start my comics education. It took a while, but it worked, and since then I’ve been hooked on comics. Now he is preaching this love of comics to young readers in his Lowriders series of energetic, optimistic, plucky graphic novels (coauthored by Cathy Camper). Lowriders in Space introduces the three main characters—Lupe Impala (“finest mechanic south of Vacaville”), the zoot suit clad mosquito detailer Elirio Malaria, and Flapjack Octopus whose outfit references the popular classic Mexican sitcom El Chavo del Ocho—and how their quest to find the ideal lowrider car leads them to outer space. Lowriders to the Center of the Earth finds the trio in the underworld when looking for their lost cat in a trippy remix of the Popol Vuh and other indigenous legends. The latest book, Lowriders Blast from the Past (available October 2), is a heartwarming origin story. I’m thrilled to know that young people everywhere are having a similar eye-opening experience to the one that I had. Not only are they being introduced to good comics but also Spanish slang, Mayan legends, the Chicano Pride movement of the 1970s, performance art, and how lasting friendships can sometimes be the best creative partnerships.

Lowriders to the Center of the Earth 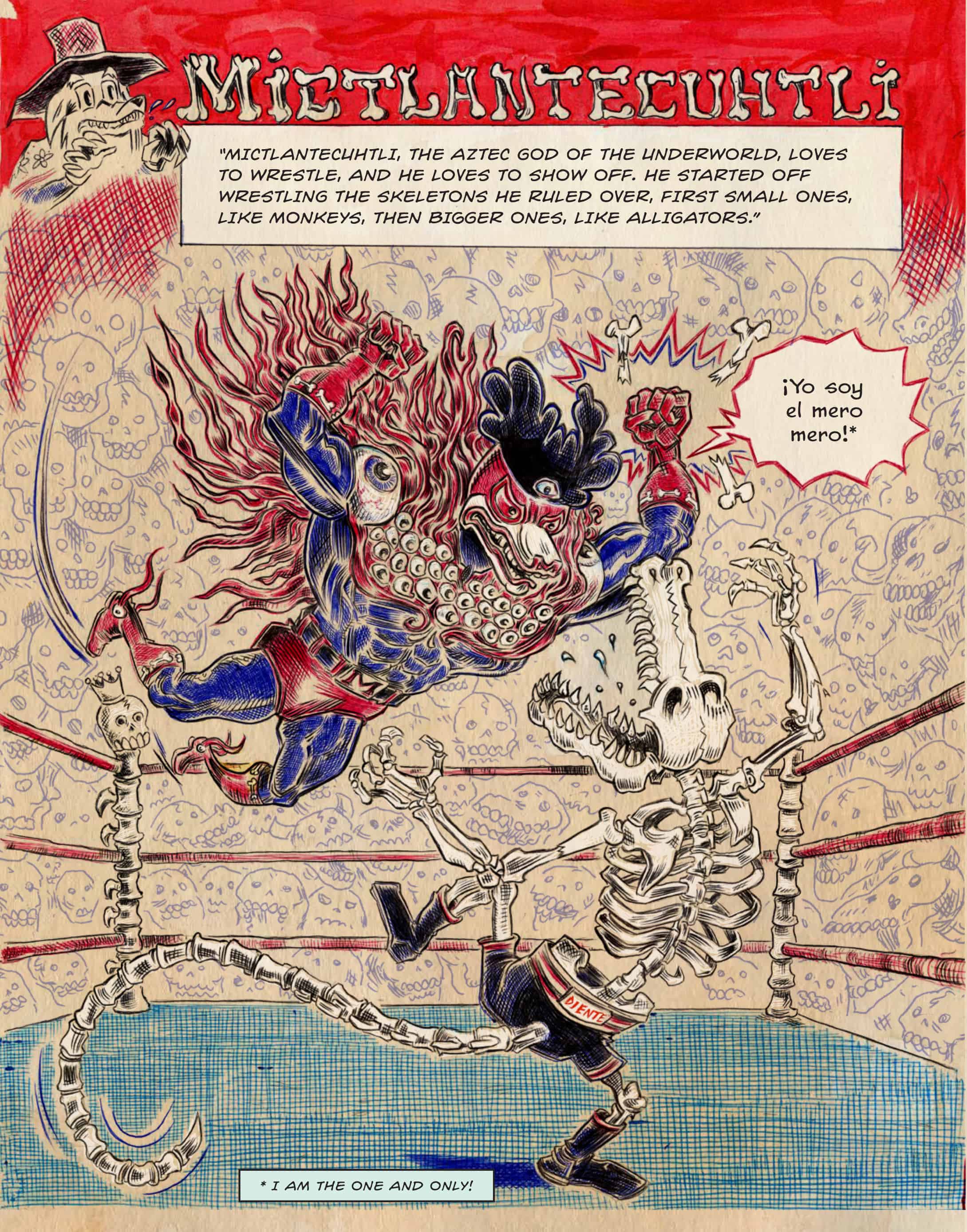 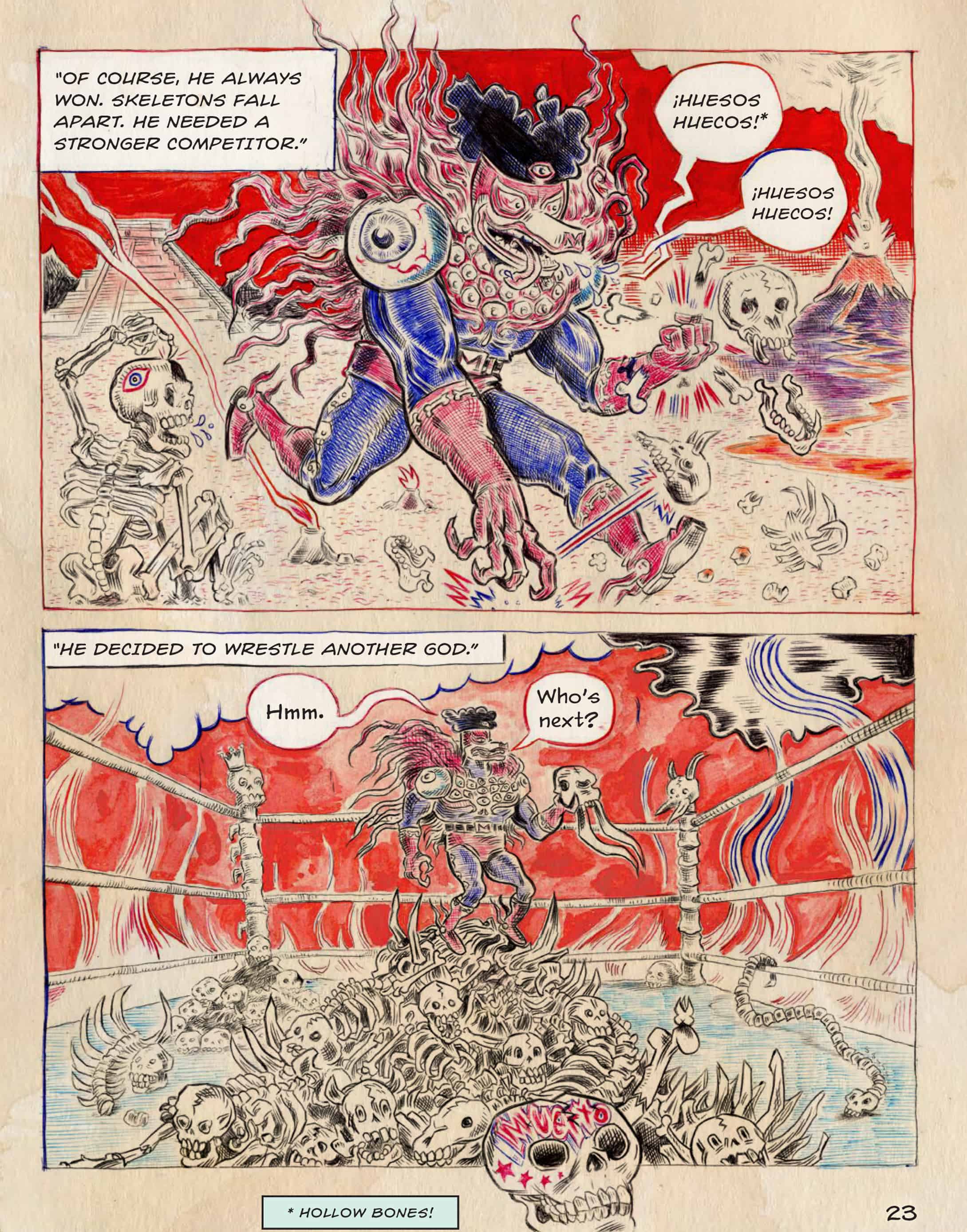 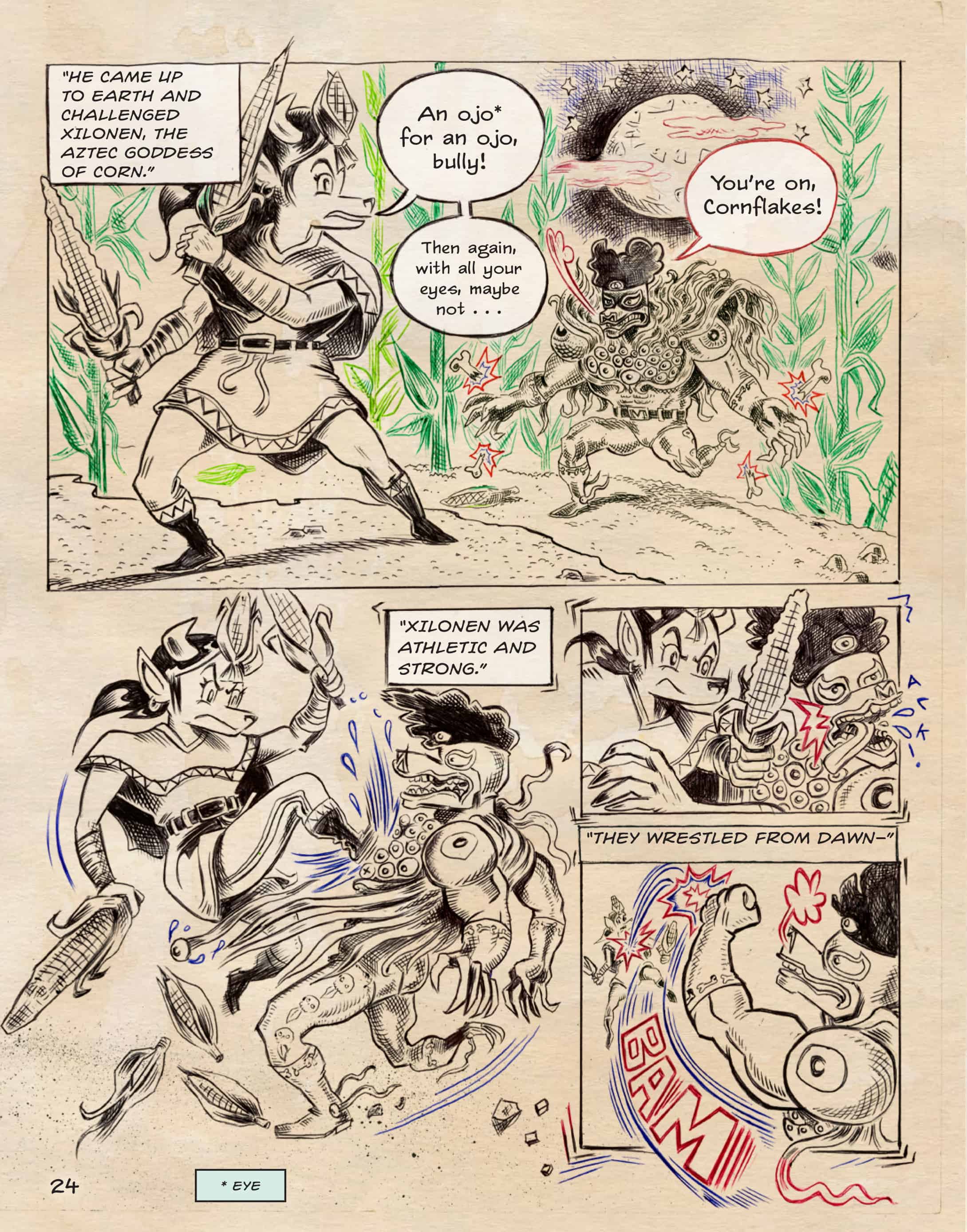 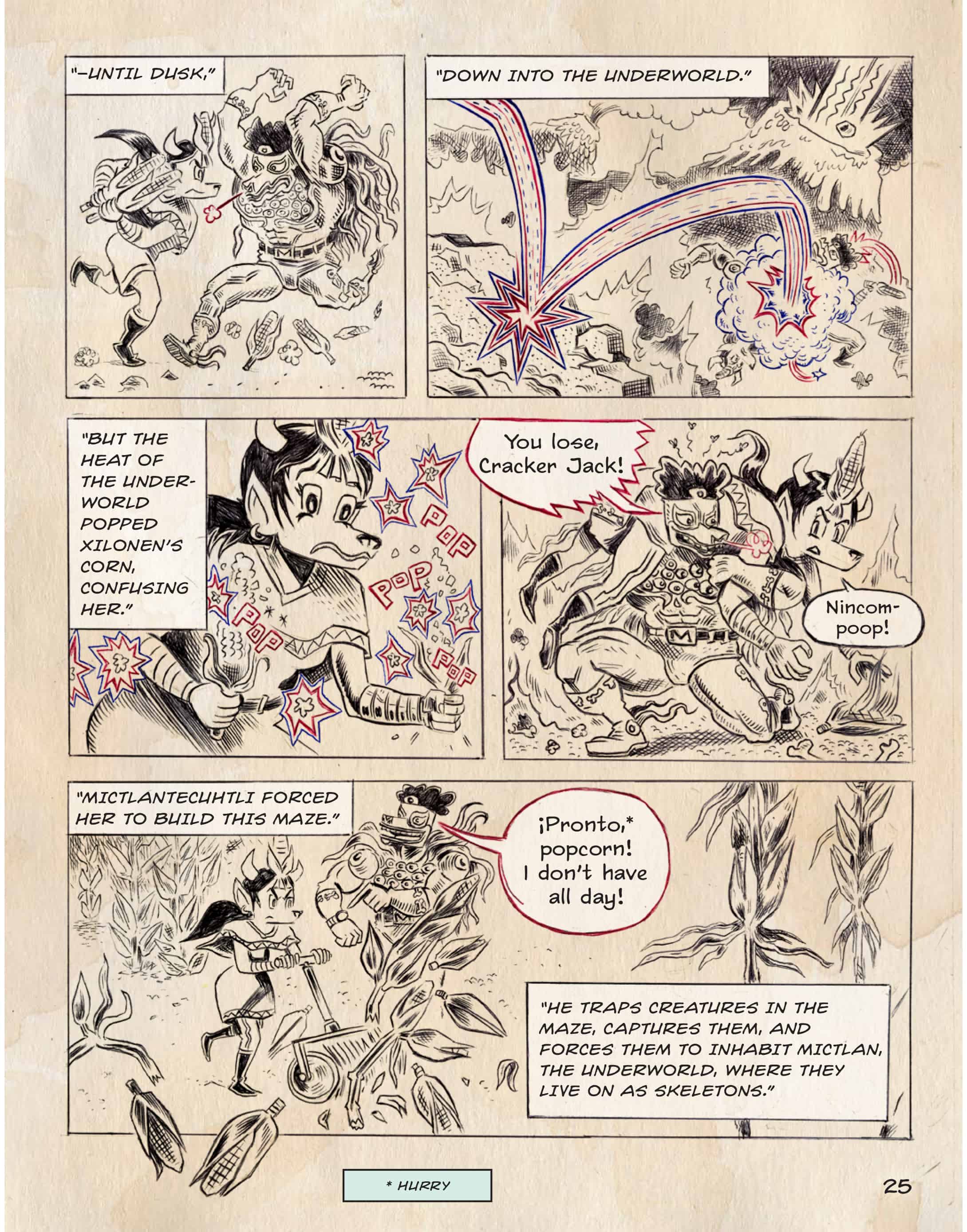 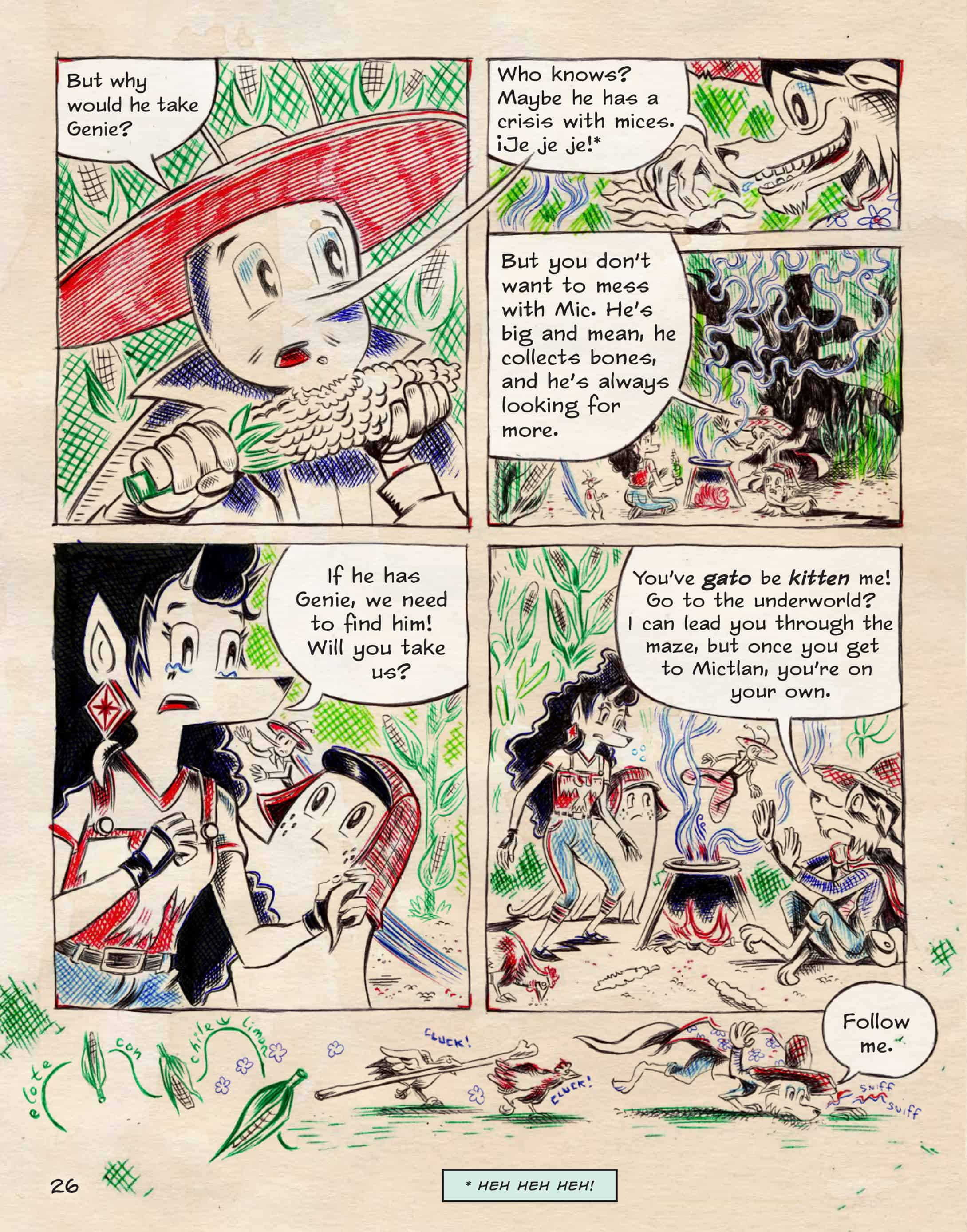 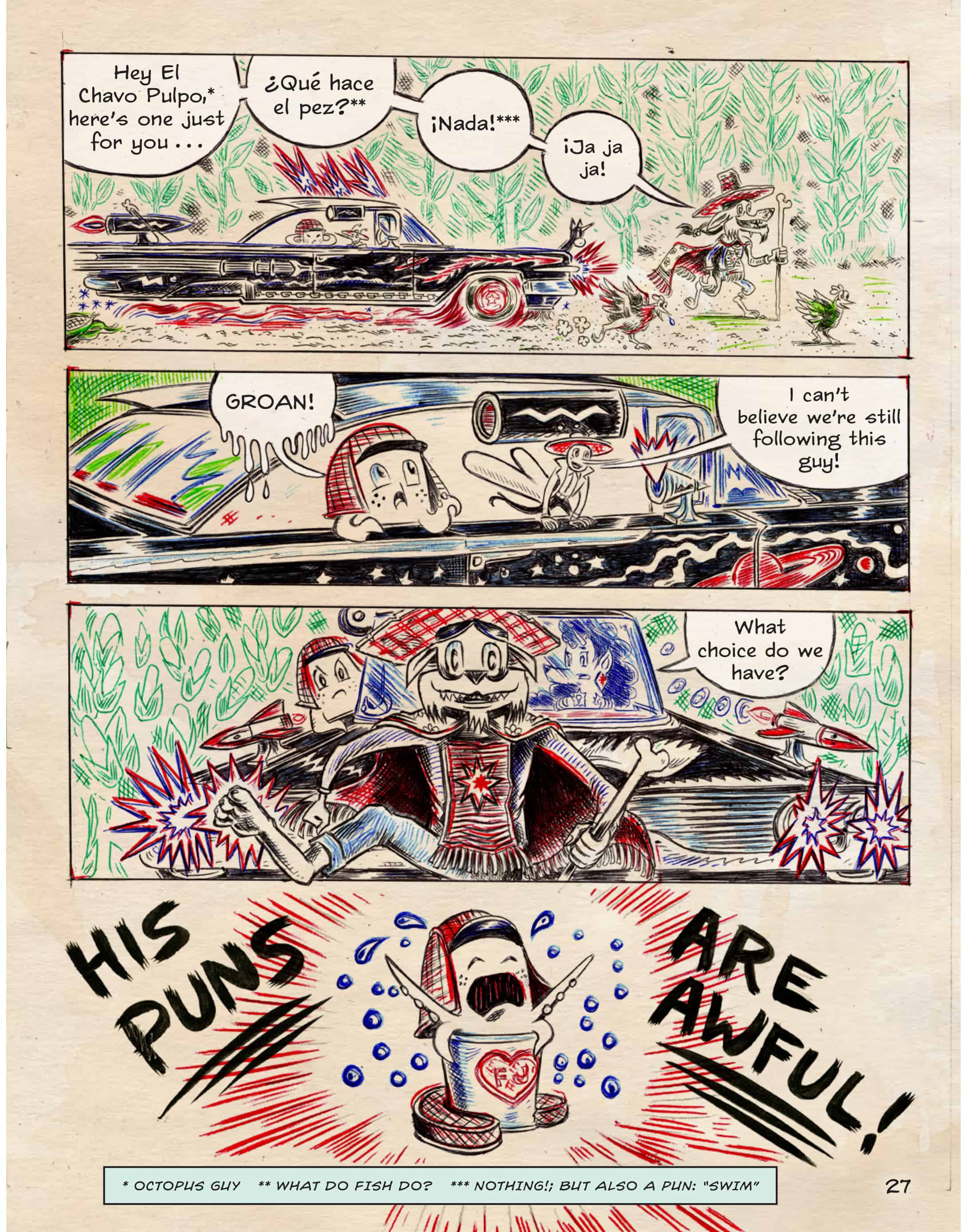 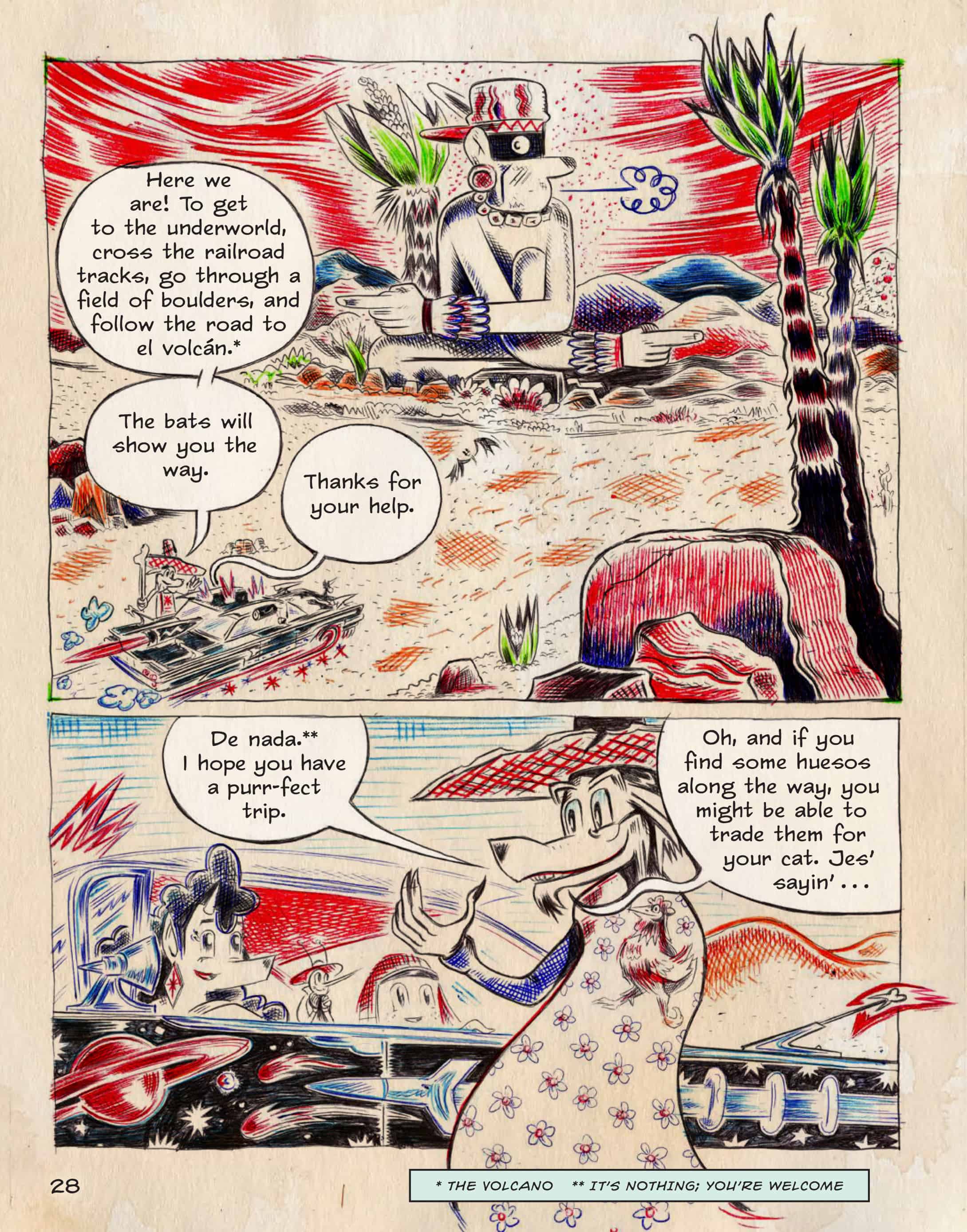 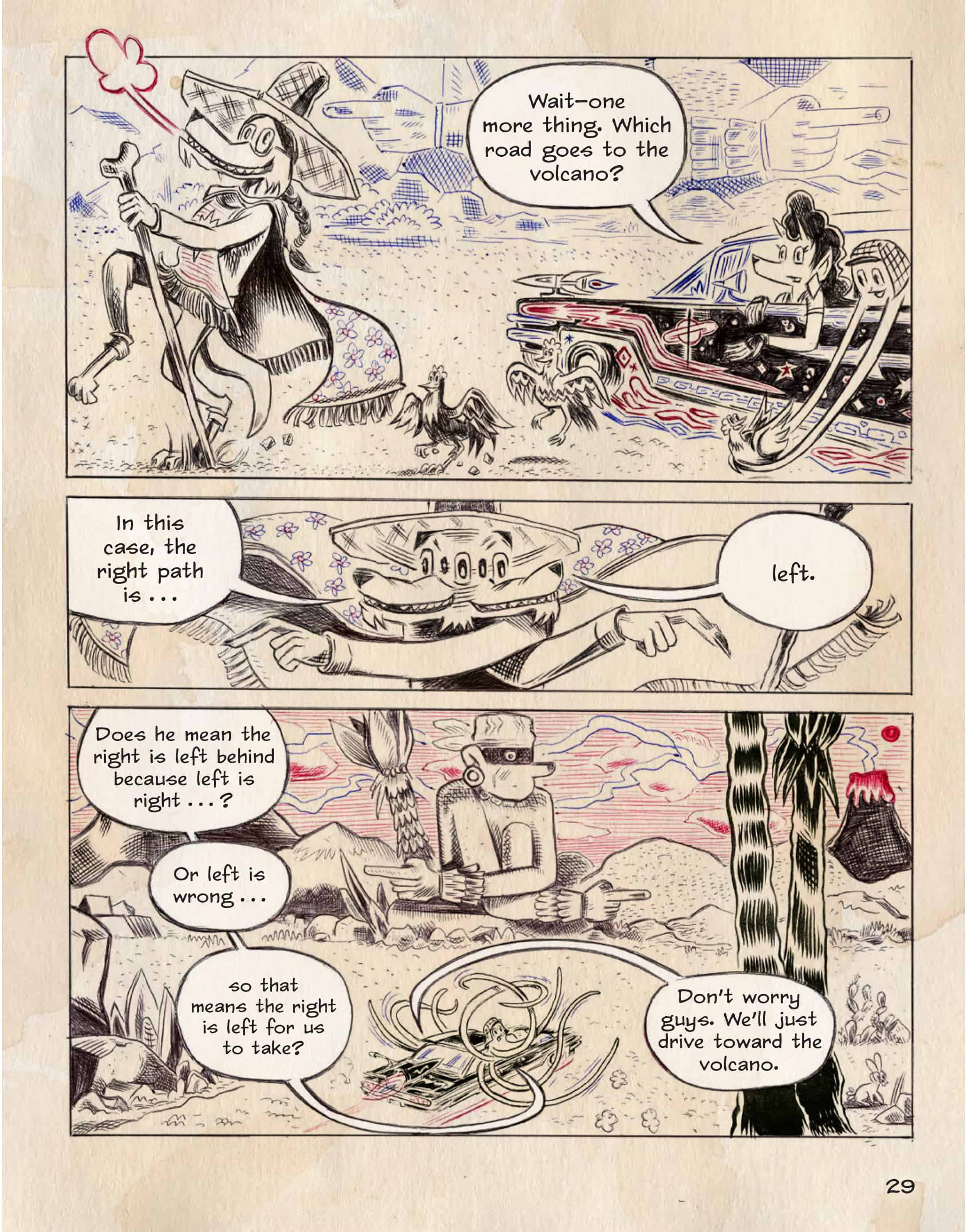 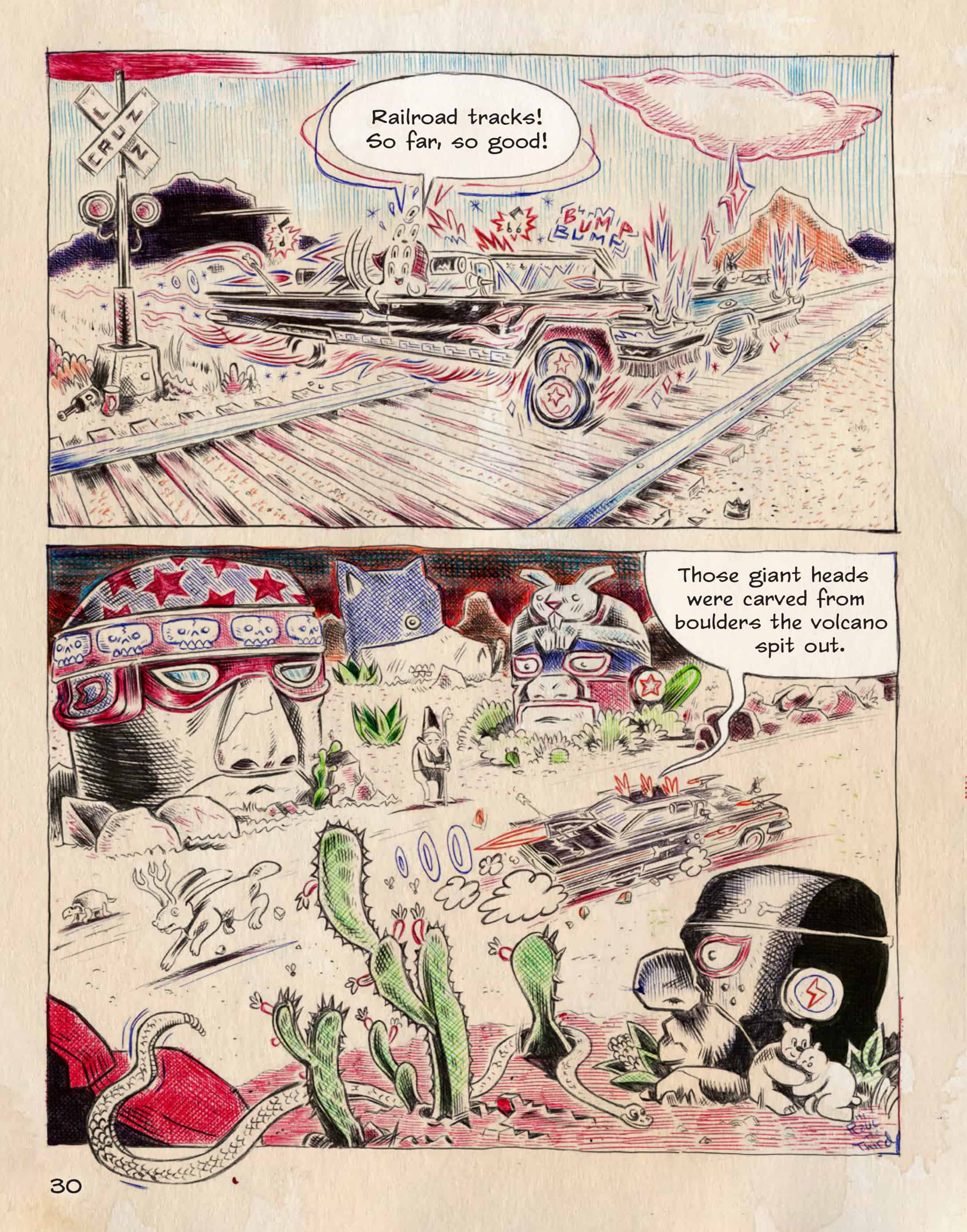 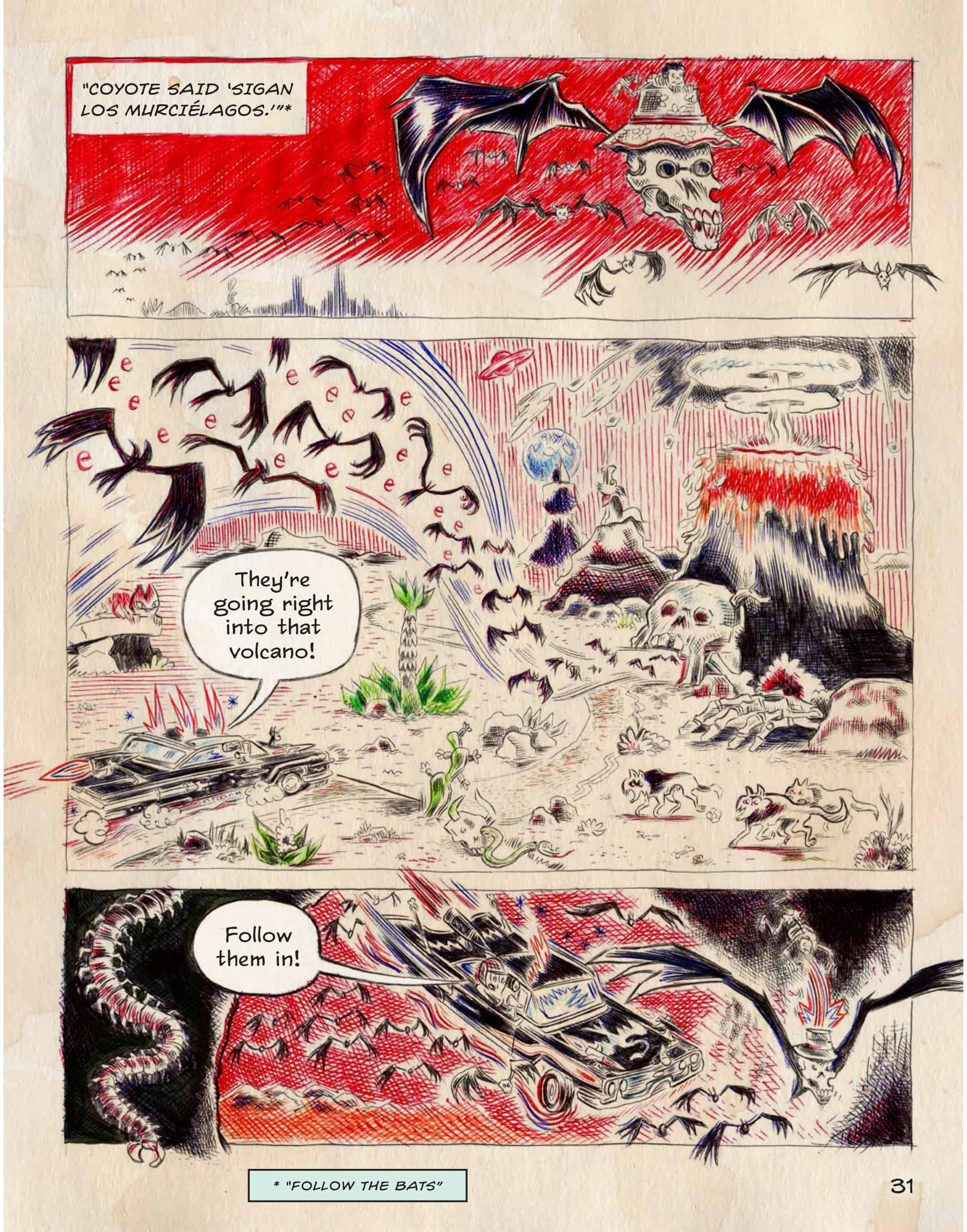 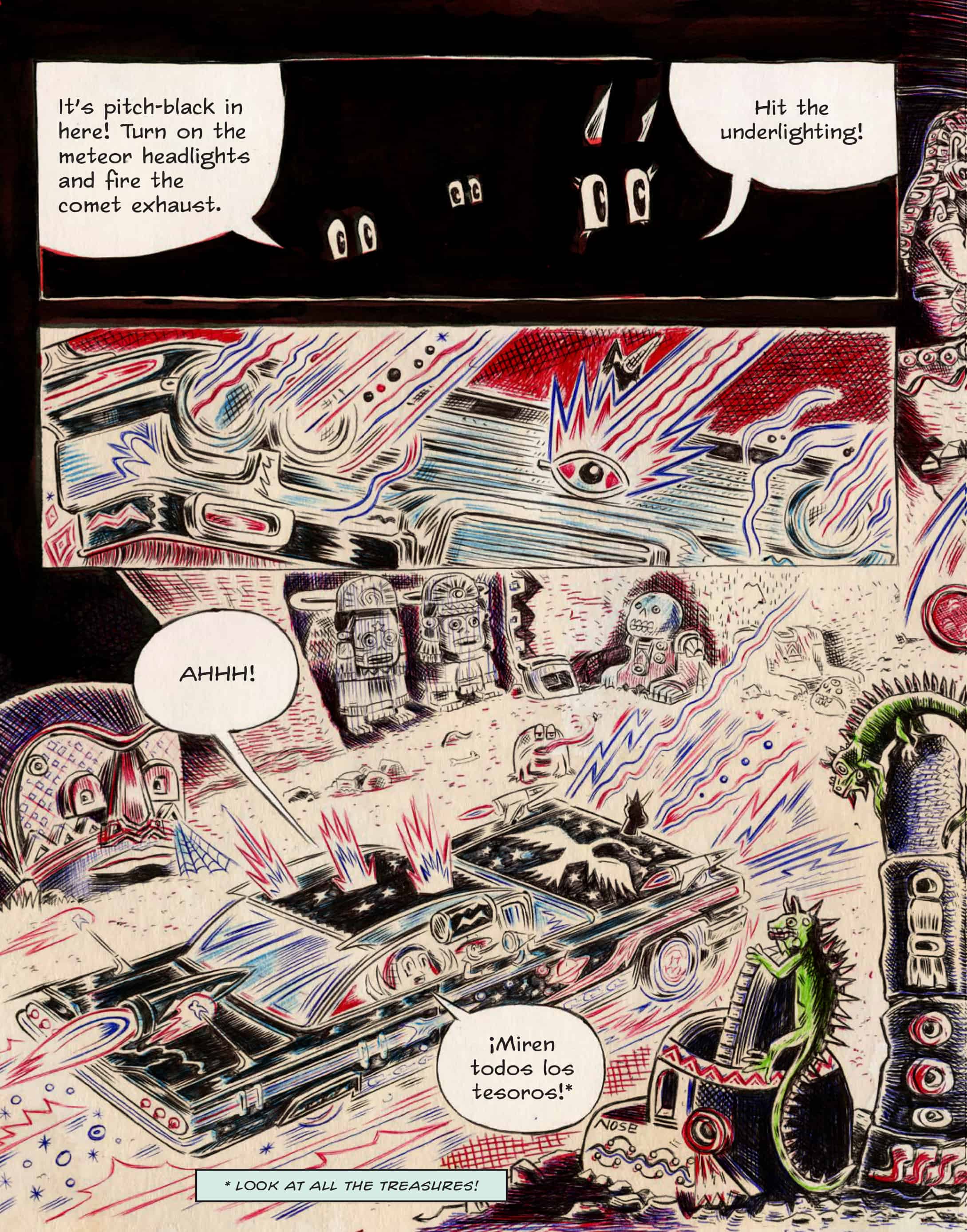 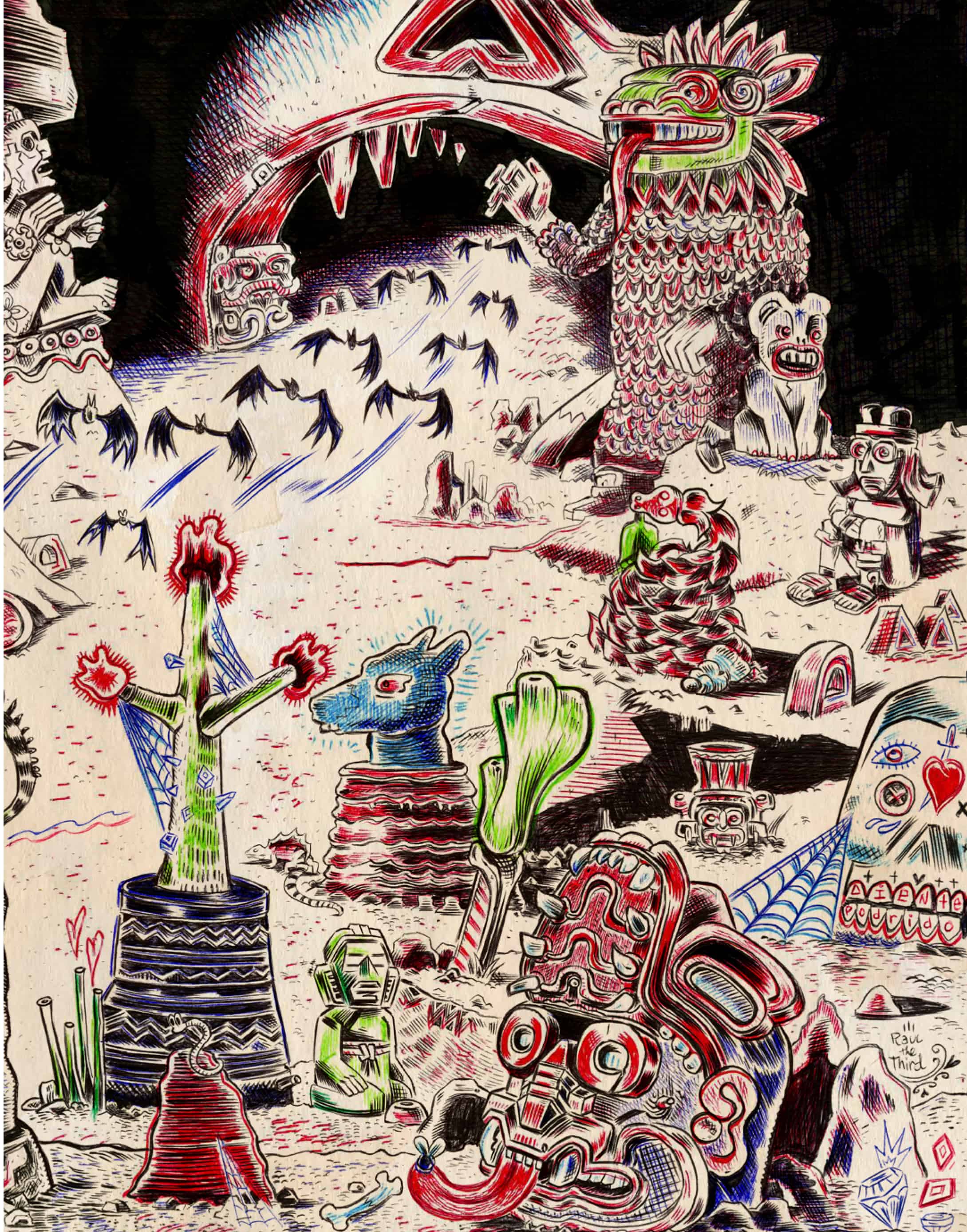 Lowriders Blast from the Past 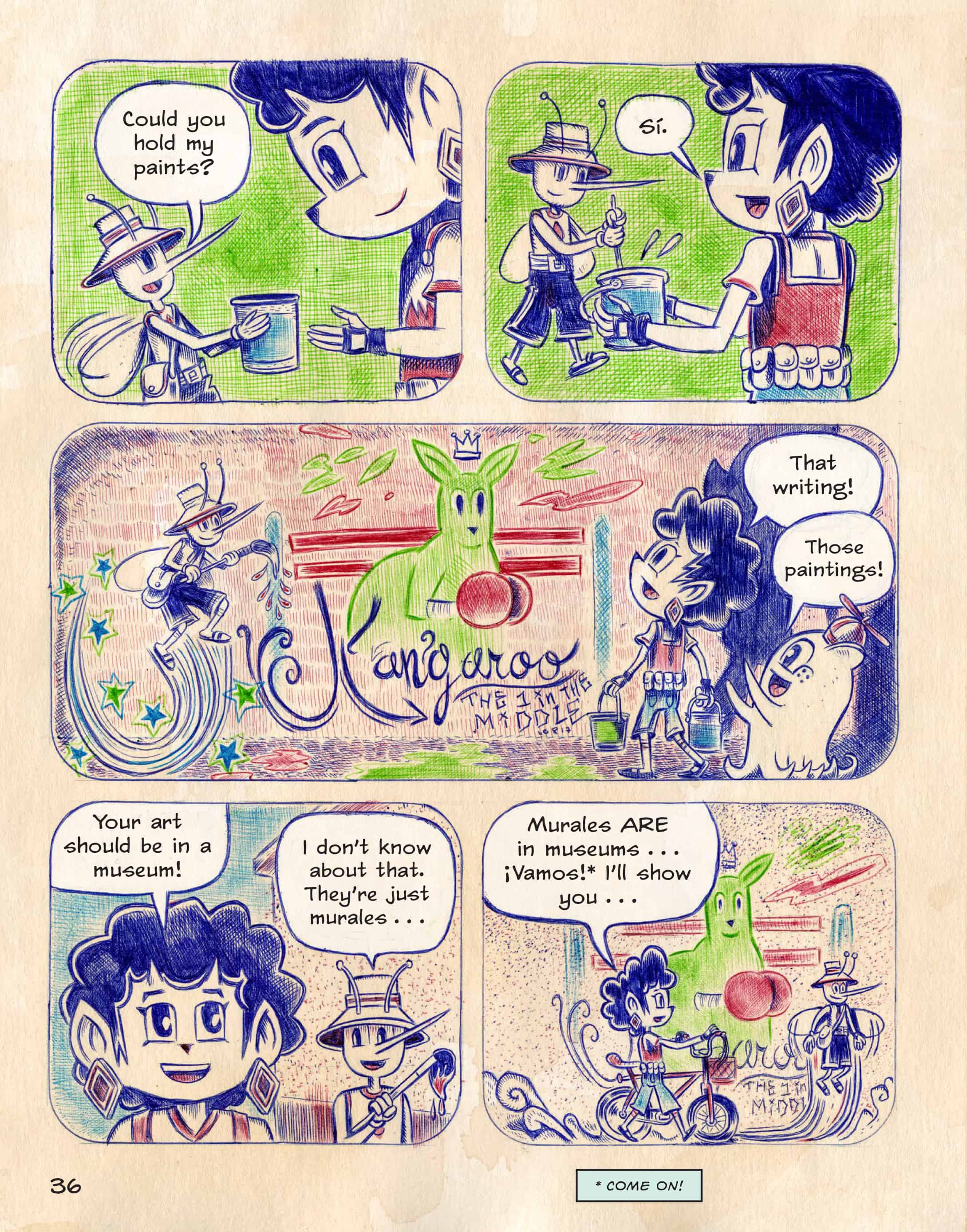 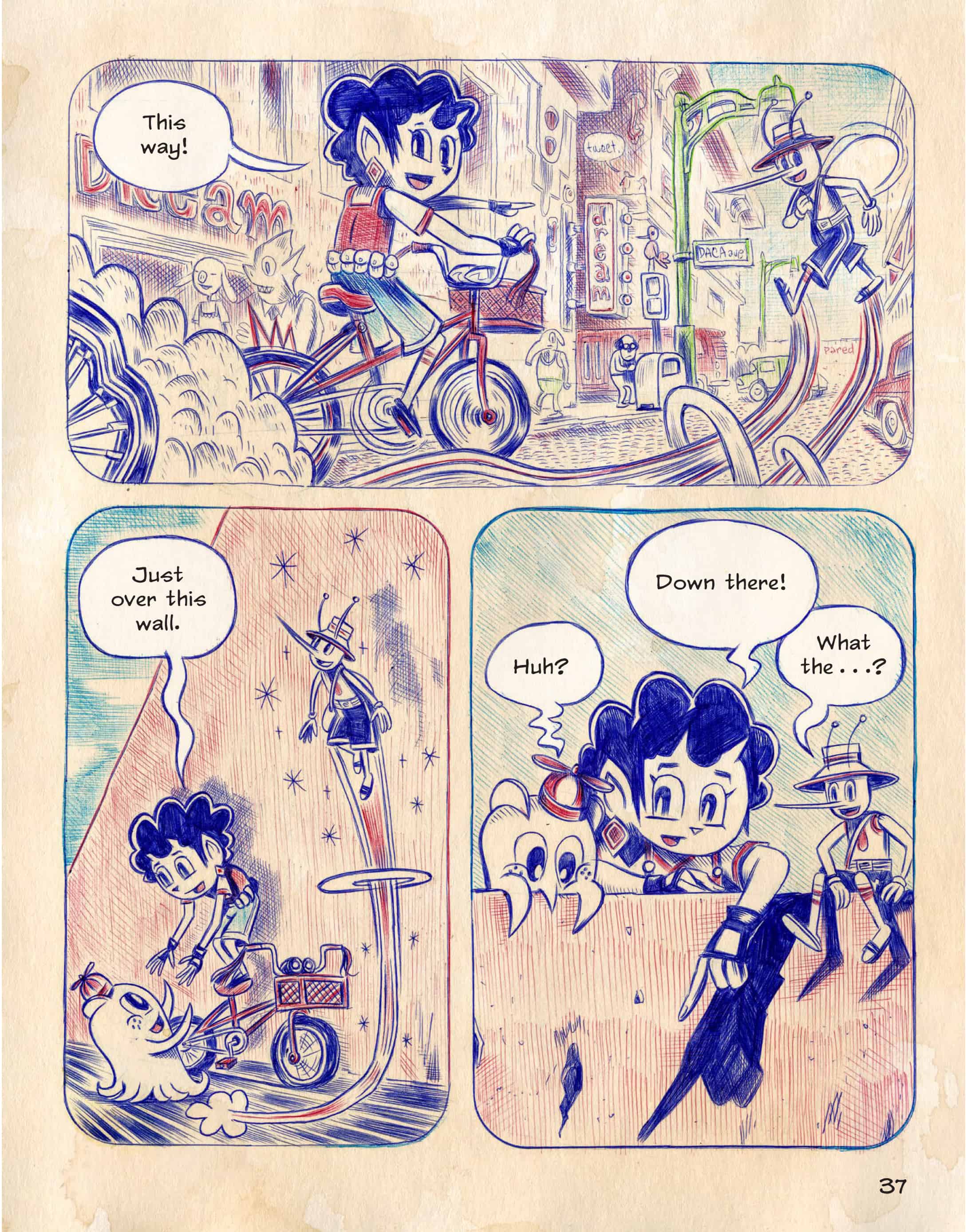 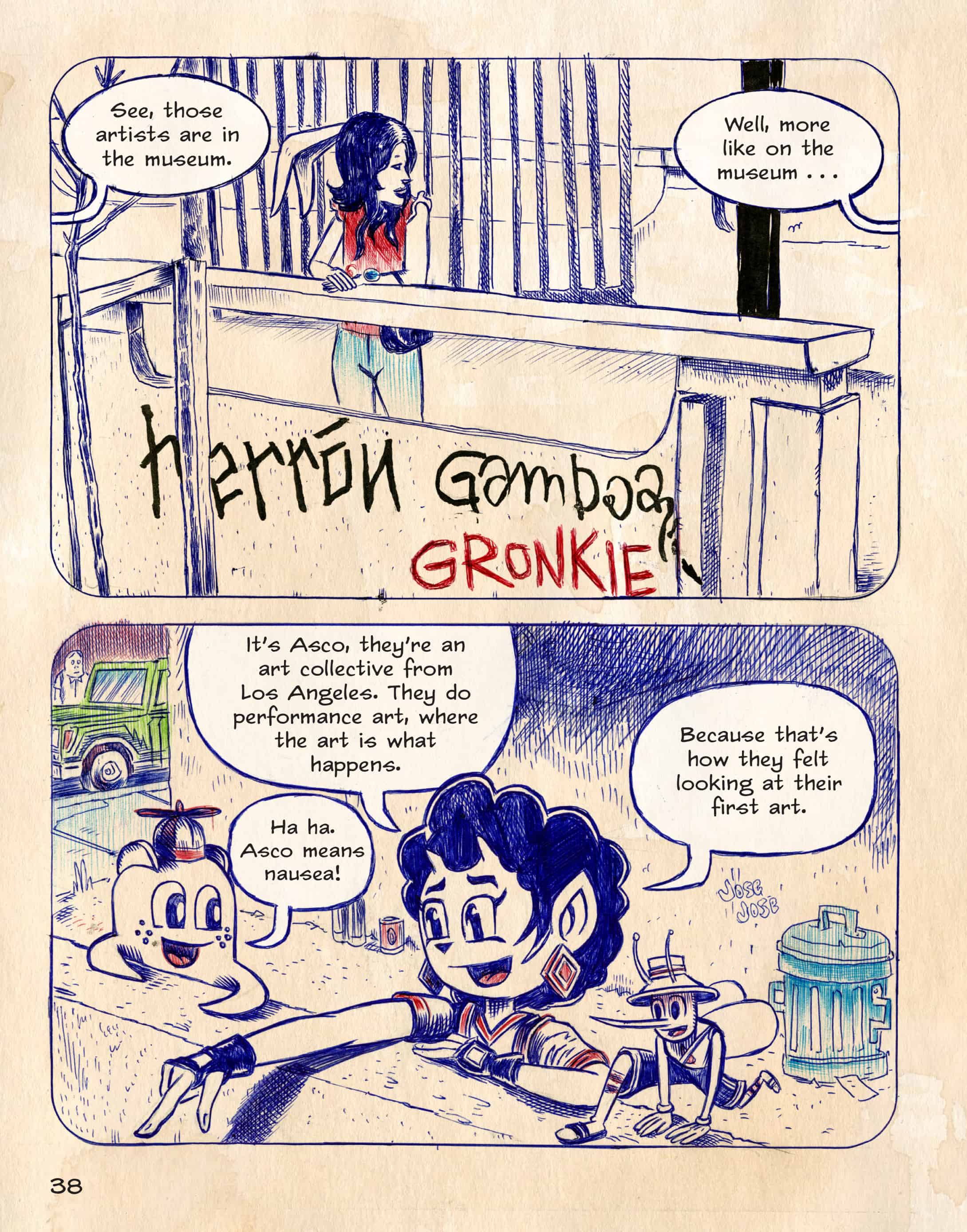 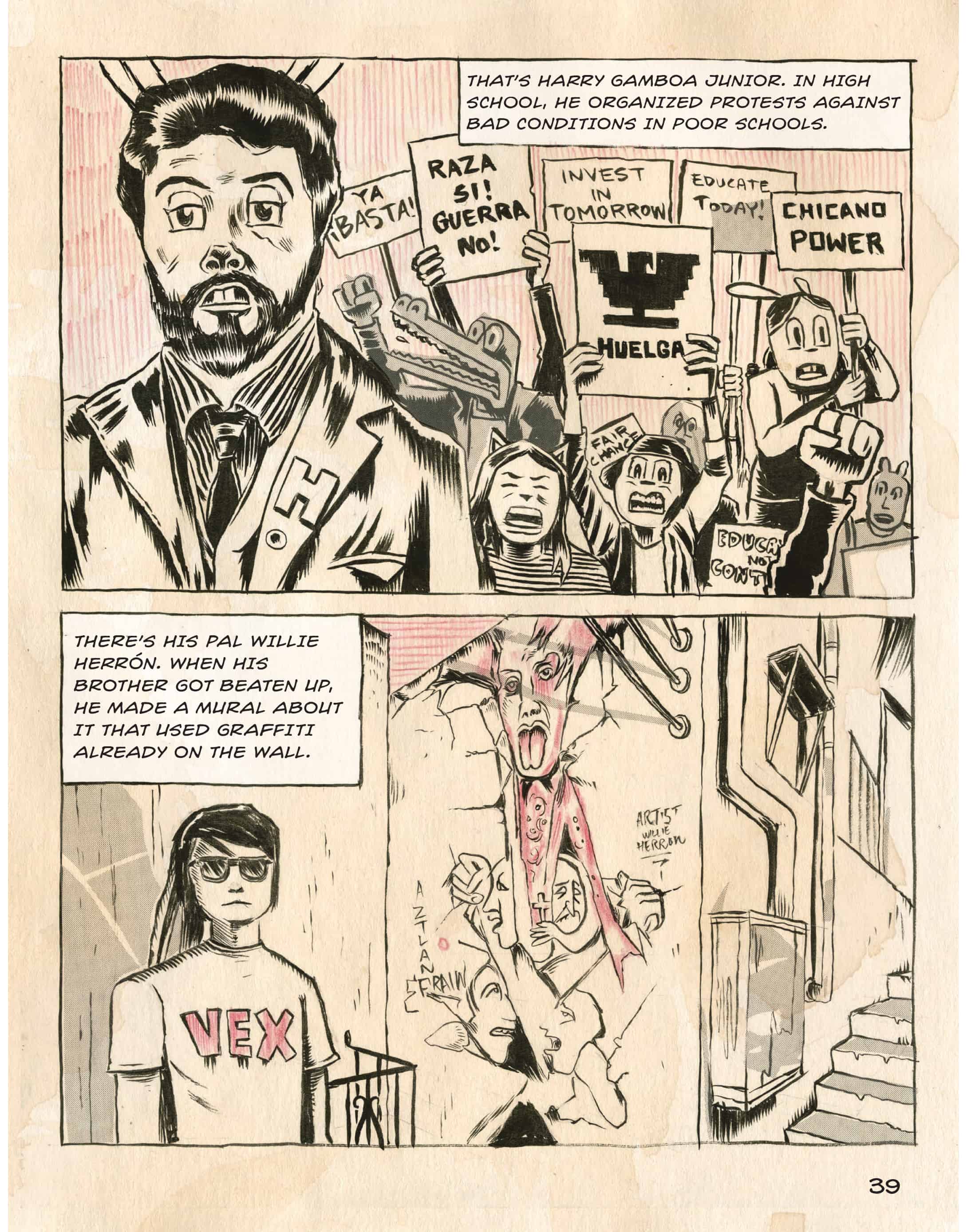 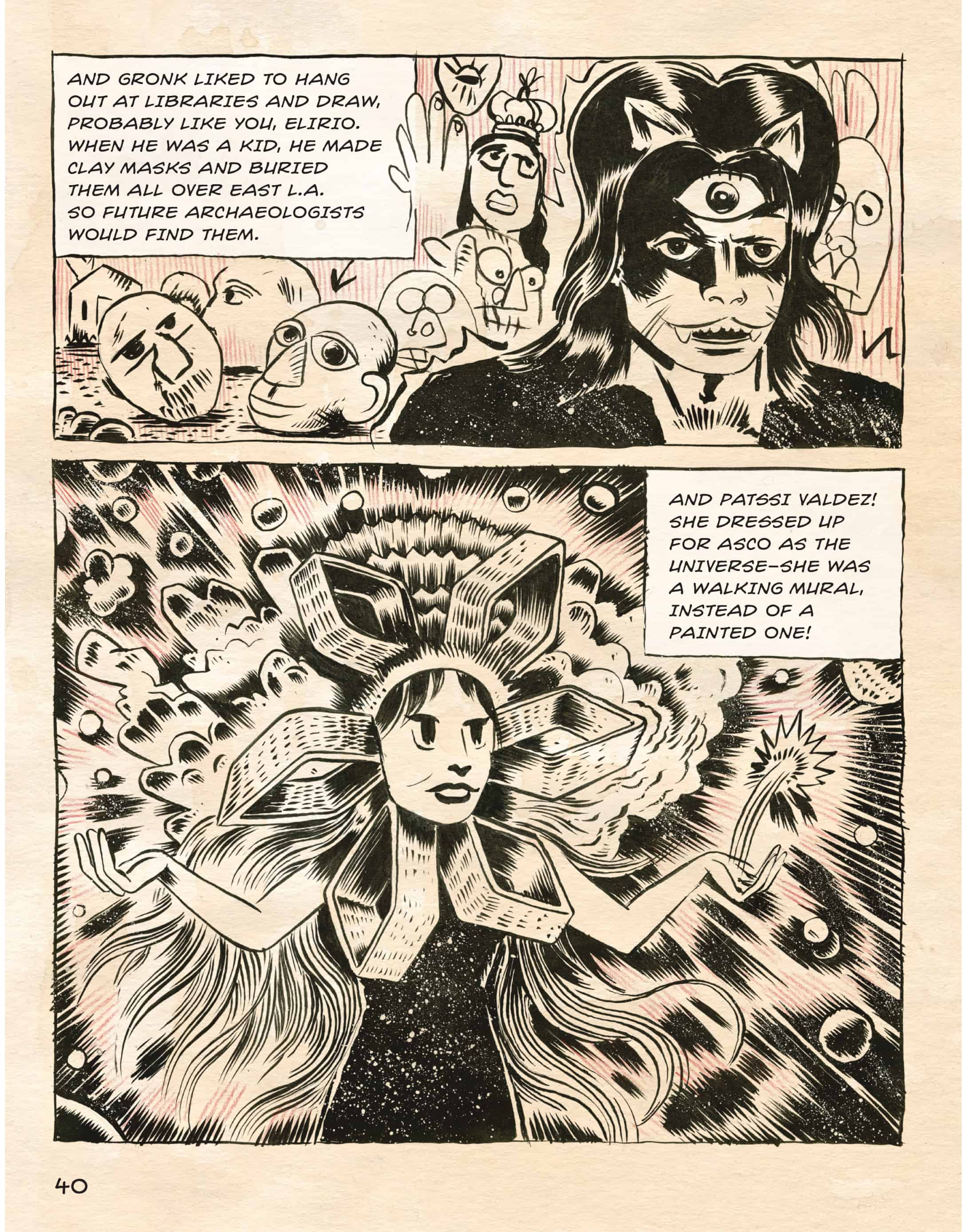 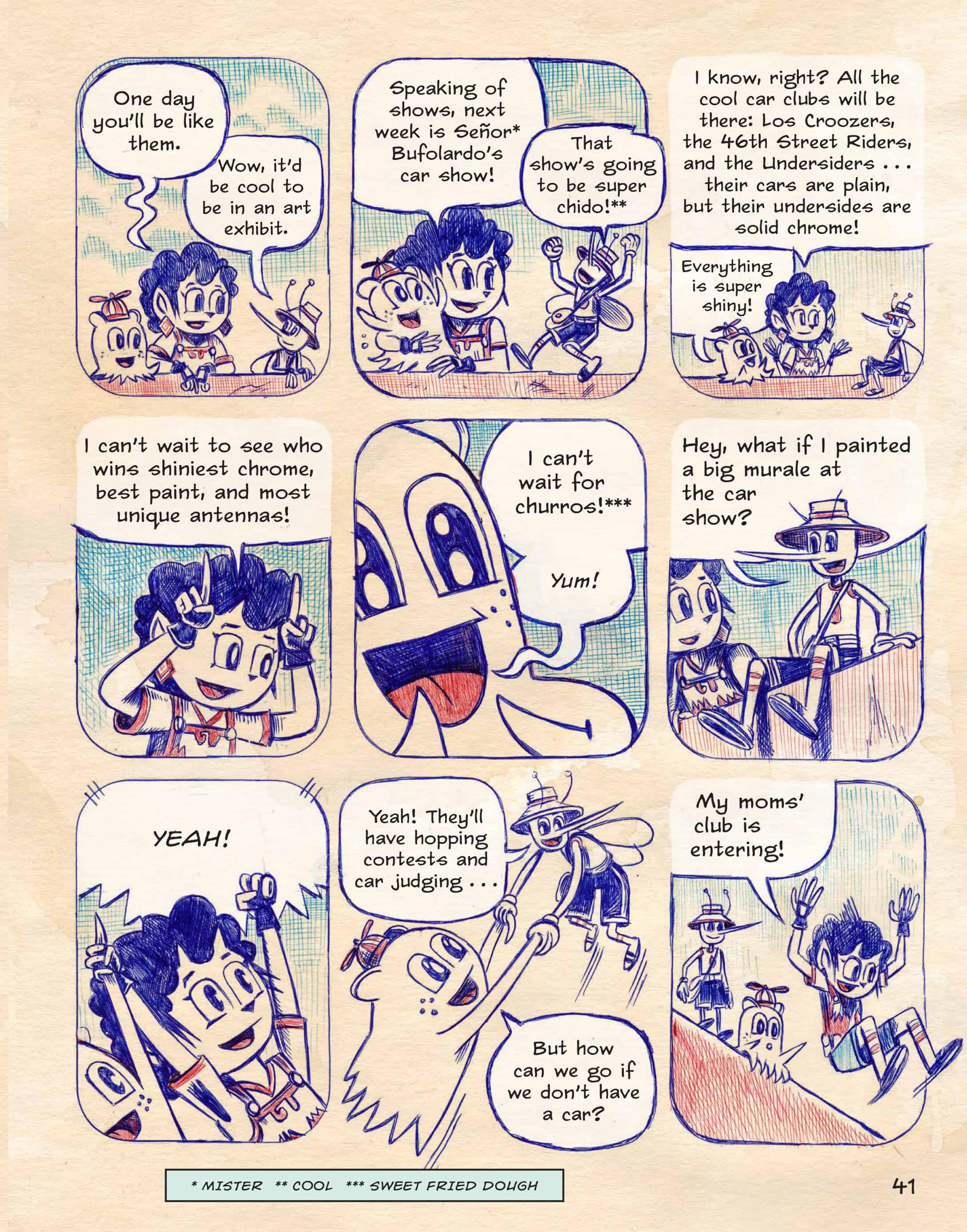 Raúl Gonzalez was born in El Paso, Texas, and grew up going back and forth between El Paso and Ciudad Juárez, México. In 2009 Gonzalez received an award from the Artadia Foundation for Art and Culture. In 2015 he was the recipient of a fellowship from the Brother Thomas Foundation. In 2016 Gonzalez received a fellowship in painting from the Mass Cultural Council. His work has been exhibited widely in the northeast including solo museum exhibitions at the New Hampshire Museum of Art and Fitchburg Art Museum, and exhibitions at the Aidekman Gallery at Tufts University in Medford, MA, The Mills Gallery at the Boston Center for the Arts in Boston, and the Ogunquit Museum of American Art, as well as on the west coast at SCION Installation, San Francisco Art Institute and Self-Help Graphics, and MOLAA in Los Angeles. Gonzalez is committed to introducing youth to the visual arts and has taught in the education departments of the Institute of Contemporary Art, Boston, and the Museum of Fine Arts, Boston. In 2011 Gonzalez collaborated with over 125 kids from all over the city of Boston to create a work titled “and their Families” for the Linde Family Wing of the Museum of Fine Arts, Boston.

His first graphic novel, Lowriders in Space, written by Cathy Camper and published by Chronicle Books was voted one of the best children’s books of 2014 by Kirkus Reviews and was a finalist for the Texas Blue Bonnet award. His second book with Cathy Camper, Lowriders to the Center of the Earth, was released on July 5, 2016, and was the winner of the prestigious Pura Belpré Award for illustration from the American Library Association. He is currently working on the third volume of the Lowriders series, Lowriders Blast from the Past, and Clockwork Curandera with David Bowles to be published by Lee and Low Books. He is also writing and illustrating his first series of picture books titled, VAMOS!, with Houghton-Mifflin. Raúl Gonzalez lives in Medford, MA, with Elaine Bay and their son Raúl the Fourth. He is represented by the Andrea Brown Literary Agency.

Marry Me a Little