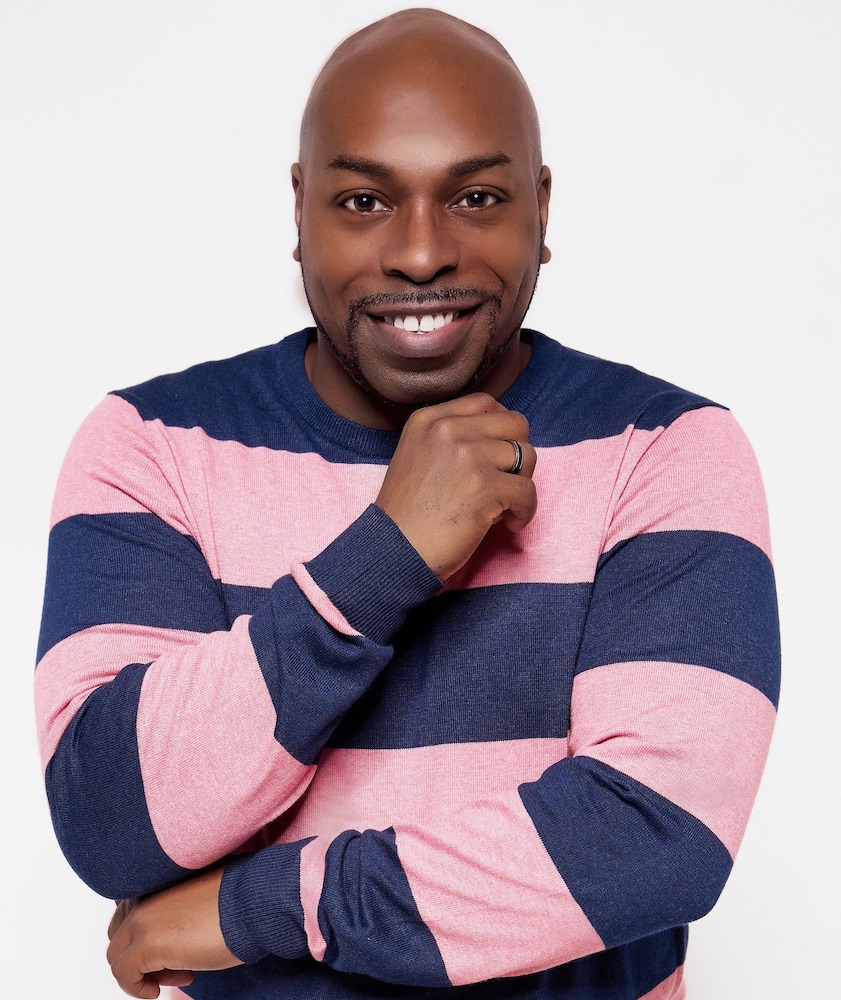 From the current slate of anti-trans legislation to HIV-specific criminalization laws, regional LGBTQ+ news reportage is needed now more than ever—and yet as PEN America has shown, strong investigative journalism at the local level, where many of these stories play out, is under threat.

This Pride Month, PEN America is highlighting the work of a group of regional journalists and news outlets that have helped cultivate an informed LGTBQ+ community. We asked a cadre of LGBTQ+ journalists and editors on why they do what they do and what must be done so their platforms can thrive.

The following is an interview with Darian Aaron, editor-at-large of The Reckoning, an Atlanta-based news and storytelling site run by the Counter Narrative Project. The interview has been condensed and edited for clarity.

What is your regional news reporting and community storytelling origin story?
Storytelling is at the core of the transformative work we do at the Counter Narrative Project, or CNP. The Reckoning is one of several mediums that we use to amplify the voices and unique experiences of Black LGBTQ+ people in the South. In alignment with CNP’s overall mission, The Reckoning was created to fill a void left by mainstream and LGBTQ+ media that often overlooks and undervalues the culturally rich and diverse stories of Black LGBTQ+ people, particularly in Atlanta. At CNP, we believe great storytelling can change hearts and minds and shift prevailing narratives, which are often steeped in stereotypes and misinformation about Black LGBTQ+ people.

I was inspired to work primarily in LGBTQ+ journalism because of the lack of Black LGBTQ+ representation in the stories that were being told about a diverse community that rarely appeared in print and digital spaces. In 2021, Black LGBTQ+ people are still experiencing a deficit in equal and accurate representation in media. At The Reckoning, we understand the transformative power of illuminating untold stories from our community, and we are committed to handling these stories with the care and sensitivity it deserves, which isn’t always the case in mainstream coverage.

“In 2021, Black LGBTQ+ people are still experiencing a deficit in equal and accurate representation in media. At The Reckoning, we understand the transformative power of illuminating untold stories from our community, and we are committed to handling these stories with the care and sensitivity it deserves, which isn’t always the case in mainstream coverage.”

We talk a lot about how a free press is vital to a strong democracy, but let’s go more local. How does a local LGBTQ+ outlet help protect local communities?
The local LGBTQ+ press is vital, especially when it comes to telling stories at the intersection of race and queerness, as we often do on The Reckoning. While the journalist should never become the story, the lens through which they report the story is extremely important. It matters that a journalist reporting on Black LGBTQ+ stories understands the complexities and nuances of life in the South, in the Black church, predominantly Black neighborhoods and schools, LGBTQ+  organizations—those in which we’ve been included and excluded as Black LGBTQ+ people, and in local LGBTQ+ activism spaces. All of this matters and will determine the tone, language, and public reception of the work. We have a responsibility as journalists to seek the truth while not inflicting harm, and this tenet is especially important for reporting on marginalized communities.

Having access to local LGBTQ+  news is vital to regional LGBTQ+ communities because it keeps us connected, which is extremely important for LGBTQ+ people in rural parts of our state who may have limited or no access to the people and resources available to LGBTQ+ people in Atlanta.

What inspired you to develop a site dedicated to chronicling Atlanta’s Black LGBTQ+ community?
The Reckoning has been around for a while but has enjoyed a new level of attention in the past year. CNP and The Reckoning are in a unique position to be based in a city that many refer to as the “Black Gay Mecca.” Atlanta has a rich and detailed history of Black LGBTQ+ activism, organizing, and nightlife. There is no shortage of stories that can be told about Atlanta’s past, present, and future. However, there hasn’t always been a news outlet that has been committed to telling the stories of Black LGBTQ+ Atlanta consistently, with care, and with strong reporting, until now. The Reckoning is the outlet that Black LGBTQ+ Atlantans, people of color, and our allies across the world deserve.

How can national news outlets and storytelling sites work better to support their local colleagues? They can take diversity seriously. This begins with diversifying their newsrooms from the top down, which will (hopefully) result in fair and accurate coverage of stories involving people of color and LGBTQ+ people of color. They can also seek opportunities to mentor and acknowledge the work of hardworking journalists from local outlets by extending an opportunity for their bylines to appear in their respective outlets.

“While the journalist should never become the story, the lens through which they report the story is extremely important. It matters that a journalist reporting on Black LGBTQ+ stories understands the complexities and nuances of life in the South, in the Black church, predominantly Black neighborhoods and schools, LGBTQ+  organizations—those in which we’ve been included and excluded as Black LGBTQ+ people, and in local LGBTQ+ activism spaces.”

Can you talk about the ways that some of your regional reporting—that you either created, published, or just plain loved—helped reshape community dialogue about a specific topic?
There have been many stories that have impacted our readers and myself as a journalist who had the privilege of telling these stories over the last year. However, one particular story that I’ll always be proud of involves Black gay men over 50 living with HIV. Ageism in the LGBTQ+ community is a real issue that often goes unaddressed, resulting in isolation, loneliness, and depression for the men it impacts. The stories of Black gay men over 50 who survived the early HIV epidemic deserve to be told. I am very proud to be the journalist that centered the experiences of these men in a media landscape and community that rendered them invisible.

What are the challenges you are facing in regards to LGBTQ+ community reporting?
Respect and access. The work we do in LGBTQ+ media is just as important and necessary as the work by any revered mainstream outlet. LGBTQ+ journalists reporting for LGBTQ+ outlets who adhere to the tenets of journalism and have a proven track record of solid reporting should be respected and granted access to people, places, and things that will help elevate the work.

Understanding the many challenges facing local news reporters and outlets, could you identify one or two actions that would help counter these issues?
Local journalists need support. So many local journalists are expected to be a “one-man band,” which often results in them doing the work of multiple people alone for pay that doesn’t meet the workload expectations. This can lead to burnout and an early exit from the business. Pay journalists a livable wage, and provide the manpower and equipment necessary to get the job done.