Literature Knows No Frontiers: John Galsworthy and the Shaping of PEN 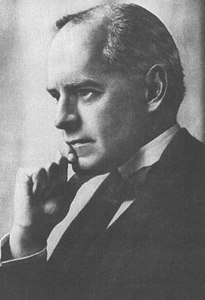 This past Sunday marked the birthday of English novelist, playwright, and Nobel Laureate John Galsworthy (1867–1933), the first President of PEN International and author of the first three articles of PEN’s charter. As we look forward to our 90th anniversary in 2012, we also look back to our founding principles, which were written in a period with parallels to today’s uncertain climate for free expression.

The P.E.N. Club (poets, playwrights, essayists, editors, and novelists) was founded in London by Galsworthy and Mrs. C. A. Dawson Scott in 1921. The organization was born from the ashes of World War I and Dawson Scott’s “unshakable conviction that if the writers of the world could learn to stretch out their hands to each other, the nations of the world could learn in time to do the same.” It was in this spirit that the PEN American Center was founded a year later in New York City.

But by 1926, when Galsworthy attended the PEN Congress in Berlin, international tensions were again on the rise, and writers from an increasingly polarized world argued what the political nature of the organization should be—or if it should have a political affiliation at all.

Galsworthy returned to London after that Congress and began work on a statement that he hoped would “serve as a touchstone of PEN action.” His work resulted in three resolutions that were passed at the 1927 Congress in Brussels—the first three articles of International PEN’s current charter. They are as follows:

1. Literature knows no frontiers and must remain common currency among people in spite of political or international upheavals.

2. In all circumstances, and particularly in time of war, works of art, the patrimony of humanity at large, should be left untouched by national or political passion.

3. Members of PEN should at all times use what influence they have in favour of good understanding and mutual respect between nations; they pledge themselves to do their utmost to dispel race, class, and national hatreds, and to champion the ideal of one humanity living in peace in one world.

Galsworthy’s articles would not be touched again until after World War II. At the 1946 conference in Stockholm, the American and English PEN centers presented two resolutions with roots in the worldwide conflict that had just ceased, one urging PEN members “to champion the ideals of one humanity living at peace in one world,” and the other on censorship. Debate on these articles was so strong that it was not until the Zurich Congress of 1947 that the fourth article was approved, paving the way for PEN’s work for free expression today:

4. PEN stands for the principle of unhampered transmission of thought within each nation and between all nations, and members pledge themselves to oppose any form of suppression of freedom of expression in the country and community to which they belong, as well as throughout the world wherever this is possible. PEN declares for a free press and opposes arbitrary censorship in time of peace. It believes that the necessary advance of the world towards a more highly organised political and economic order renders a free criticism of governments, administrations, and institutions imperative. And since freedom implies voluntary restraint, members pledge themselves to oppose such evils of a free press as mendacious publication, deliberate falsehood, and distortion of facts for political and personal ends.

The PEN Charter has remained the same ever since, and this fourth article—written more than 60 years ago by nations recovering from the wounds of war and upheaval—seems especially poignant today, when Chinese writers like Nobel Laureate Liu Xiaobo are locked away for their writing, or when over 300 Russian journalists have been killed since 1993.

Go here to learn more about PEN American Center’s advocacy work and to find out how you can help.