The PEN/Saul Bellow Award is given biennially to a living American author whose scale of achievement in fiction, over a sustained career, places him or her in the highest rank of American literature. With a prize of $25,000, the PEN/Saul Bellow is one of PEN America’s most prestigious literary awards and is selected by a panel of esteemed authors, including past winners. Past judges have included Philip Roth, George Saunders, and Zadie Smith.

Established in 2009 in memory of Saul Bellow, the award commemorates his love of literature and his contribution to American fiction. The winner of the PEN/Malamud Award in 1989, Saul Bellow won many awards during his lifetime. Of Bellow, Martin Amis wrote, “His sentences seem to weigh more than anyone else’s. He is like a force of nature… He breaks all the rules…[T]he people in Bellow’s fiction are real people, yet the intensity of the gaze that he bathes them in, somehow through the particular, opens up into the universal.”

In keeping with his legacy, recipients of the award have demonstrated a profound impact on the landscape of American fiction. Past recipients of the PEN/Saul Bellow Award for Achievement in American Fiction include Toni Morrison, Louise Erdrich, E.L. Doctorow, Don DeLillo, Cormac McCarthy, and Philip Roth. 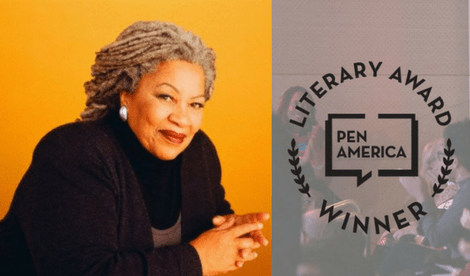 Toni Morrison “changed the landscape of American fiction. Revelatory, intelligent, bold, her fiction is invested in the black experience, in black lives, and in black consciousness, material from which she has forged a singular American aesthetic.” — Judges Louise Erdrich, Dinaw Mengestu, and Francine Prose on 2016 winner Toni Morrison

Eligibility and Submissions for the 2018 Awards

The PEN/Saul Bellow Award will be judged by a panel of three writers and will be administered by internal nomination only.