Lenore Myka: “Art May Not Change the World But It Changes the People Who Can” 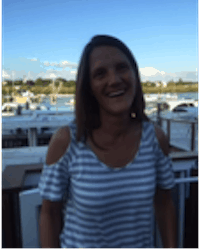 I was awarded an NEA grant in what some have begun to call its last year: 2016. At the time, I had just completed promoting a short story collection, my first book. The call could not have come at a better time: unemployed and recently relocated to a new city, I yearned to work on the next book, to ride the wave of momentum I had felt in promoting that first book, but felt that the demands of life would, as they always had, get in the way. The NEA gave me that unique opportunity to focus entirely on my creative work. What a gift, I told the grants officer who notified me. And then I wept and swore, wept and swore at my very, very good fortune.

When I met one of the NEA panelists who’d selected me and told him I felt I had won the lottery, he was quick to correct me. “You didn’t win the lottery,” he said. “Your work was just better. Your voice was one of the few we deemed important.” Important. I had never imagined my voice as being important. As a writer, I had often wondered about my efforts. How many people actually read what I wrote? How much did it matter? Here was a person who was telling me it did.

We’re not supposed to care about external gratification. At the end of the day, it should be about the writing and the meaning it brings to the writer. At least, that’s what I was told. But writers—all artists—are also human, and we want to feel that what we do contributes in some way to the larger society. As a reader, I have always understood inherently that this is true; as a writer, it has been harder for me to see the value of my own work. The boost the NEA gave me was precisely what I needed.

People say we live in a culture that doesn’t value the arts. But I know this isn’t true. I know because people I’ve never met send me emails and even letters (remember those?) to tell me how much my first book meant to them. I know because I understand historically the impact the arts have had on our larger society. The arts have brought people closer together, opened up dialogues, provided a spotlight and a mirror for our social ills. They have educated and entertained and provided solace in dark times. They have contributed to significant moments in our shared history.

I know that the arts are important to our culture, too, because I have been saved by art. My childhood story is a familiar one: Shy, sometimes socially isolated, I found refuge in books and paintings and music. I found manifestations of my deepest feelings in words and colors and dances and songs. I felt connected to a world far larger than myself, I believe what is called community. I felt greater empathy for those unlike myself.

We live in fractured, depressing times. People are having difficulty speaking civilly to their family members, forget about strangers. This attitude is fomented by a retreating from one another, a resistance to understanding and openness, a rejection of opinions that do not reflect and more deeply ingrain our own. We withhold love, compassion, and empathy.

In her book The Faraway Nearby, Rebecca Solnit writes: “To love someone is to put yourself in their place, we say, which is to put yourself in their story, or figure out how to tell yourself their story.” Recent studies have shown that children who read fiction develop a greater sense of empathy. The NEA has, for decades, helped artists put themselves in someone else’s place, to tell stories that increase understanding and empathy.

Art challenges. Art defies. Art helps us grow. Art may not change the world but it changes the people who can. I think we want a better world; deep down, I think most of us do. What better reason then, for Art right now? And what better conduit for ensuring its ongoing contributions to this American culture, in all its complexity and richness and diversity, than maintaining and sustaining the NEA?