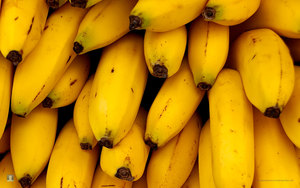 Is the last man alive on this earth. He has the cities

to himself, and even has the blondes, who are over

his shoulders not kicking or screaming. He carries

them wherever he carries the gorilla. “I can see straight

through and past your mask,” the gorilla-suit actor

tells himself. “I can see your eyes twinkle way up

with the stars. Between two skyscrapers I can see them.

By the end the audience will recognize you. By the end

their faces in your face,”

and the audience feels themselves lifted up too,

and the audience leaves one by one. “Where is the movie,

where is my movie?” the gorilla cries in despair. He beats

his bass chest, there is only silence. He opens his mouth

and makes the loud frightened music the score makes

when we first see him. He is taller than even he remembers.

Comets streak through and through his head. All the blondes

are thrown over his shoulders, the blondes he never even

liked, the bunches of blondes he mistook for bananas. What

he likes is the Chrysler Building, all nipped and shirred

at the waist. What he likes is the cool copper Statue of Liberty.

What he likes, getting bigger, is that high-heeled continent.

What he likes, he thinks, sweat dripping sky to the ground,

is the great gorilla-suit itself and its long great line of inhabitants.

The late great is alone, is alone on the earth. The sun approaches

hotter than hot, the last and screamingest of the blondes.

is as big as the night, he reaches out and grabs the sun, he is

his legs, and we make the sad music the score makes

when the gorilla is shot full of holes, and “Remember me!”

we cry to no one at large, and burst out of the suit at last

to breathe, last of the late great gorilla-suit actions.