Larger Questions as Twitter Enters the Fray in Battle Against Surveillance 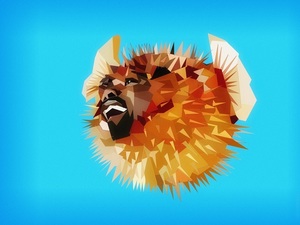 Twitter entered the fray in the battle against bulk government surveillance yesterday. Arguing on free speech grounds, Twitter sued the FBI and the Department of Justice in the Northern District of California to allow the company to disclose how often the agencies request user information. Twitter lawyer Ben Lee wrote on the official Twitter blog:

It’s our belief that we are entitled under the First Amendment to respond to our users’ concerns and to the statements of U.S. government officials by providing information about the scope of U.S. government surveillance—including what types of legal process have not been received. We should be free to do this in a meaningful way, rather than in broad, inexact ranges.

Twitter already issues transparency reports about law enforcement requests, and diversity, but it would like to provide more detail. The lawsuit is especially resonant after recent revelations that the government threatened to fine Yahoo $250,000 daily if it did not fulfill requests for user information from the National Security Agency.

Twitter has become a widely used tool for human rights activists around the world. Yet the company’s own policies are not without controversy. In 2012, Twitter adopted a policy that allowed the company to remove certain tweets within countries if the tweets violated that country’s laws; the posts would remain available to other users around the world.

And last week, Twitter CEO Dick Costolo tweeted at Iran’s president Hassan Rouhani to allow Twitter to operate in the country, where it is currently blocked. The request quickly went viral, garnering more than 3,000 shares on Twitter, and also received its share of criticism. Users in Iran pointed out that they are forced to access Twitter through a virtual private network. Twitter does not allow users to choose “Iran” from its dropdown menu when signing up, even though the U.S. government has carved out an exception for internet services in its hefty sanctions regime against Iran.

PEN recognized Twitter’s outsized role in promoting free expression and human rights when we awarded Dick Costolo the inaugural PEN/Toni and James C. Goodale Digital Freedom Award in May 2014. During his acceptance speech, Costolo surprised the crowd by stating that the most difficult job for Twitter’s policy team is not balancing business interests against the rights of users:

It’s never that that the rights of the users and the business are in conflict with one another. It’s always that the rights of one set of users and another set of users are in conflict with one another. Around the world, where speech laws are so very different from country to country, and cultural mores are so different from country to country, the work that the team does every day to walk that fine line and make sure that rights of all users are protected, and the rights and voices of our users are protected, and ensured, as greatly and widely as possible, [is] hard, hard work.

Twitter’s decision to file suit over mass data collection is a positive move that should give courage to other major internet companies.