Journalists Sentenced to 10 Years in Myanmar 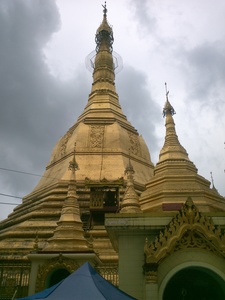 PEN American Center strongly protests the sentencing of an editor and four journalists in Myanmar to 10 years in prison. The journalists, from the newspaper Unity, were charged with violating the State Secrets Act after investigating the government’s alleged seizure of farmland for the construction of a weapons factory. The sentencing is a disturbing confirmation that the disbanding of the official censorship board in 2012 and the establishment of two new laws related to press and publications are not adequate protections for free expression. Several old, colonial-era laws remain in place that may be applied to silence critical voices. One other journalist, Thura Thet Tin, is currently serving a one year prison sentence on charges of tresspass, for having investigated the opening of a new government school.

Myanmar experienced nearly five decades of military rule before the ruling junta initiated democratic reforms in 2010. All writers were released from prison at that time, but as many as 59 political prisoners remain behind bars. The country now boasts a thriving press, and literature is one of the most popular forms of entertainment in the country. Yet hate speech against ethnic minorities and Muslims has tarnished the new era of openness. The newly formed PEN Myanmar, which was founded in November 2013, has emerged as a courageous voice against censorship and hate speech.

Please check back in the coming days for more details on this situation, as well as commentary and updates from our colleagues at PEN Myanmar.