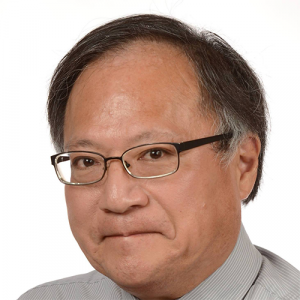 Selected Remembrances:
“David was polite and gracious, the consummate professional. In my 40 years in journalism, I have not encountered his equal in terms of industriousness and resourcefulness in gathering news and presenting it in an effective and engaging way. He was a pro’s pro. He will be missed.”
—Dan Childs, Editor, Southern Spirit [Southern Spirit Online]

“There were no ulterior motives or subterfuge in the way he approached the world and people. He was serious but had a good sense of humor, mostly looking at the incongruity of things. . . He appeared very conservative, but when it came to technology, he was quite avant-garde. He saw and embraced before most of us (knew) how useful and ubiquitous personal computers would be in our daily lives.”
—Maria Donato, former reporter, The Chicago Tribune [The Chicago Tribune]

“He really excelled in every job he did, whether it was reporting or various editing roles. The thing that impressed me about him was just his breadth of knowledge. He was a walking encyclopedia, whether it was transportation, politics, sports or city history. He’d come up with these interesting historical details about something and you’d go check it out and sure enough, Dave Ibata was right on the mark.”
—Jon Hilkevitch, former transportation reporter, The Chicago Tribune [The Chicago Tribune]

“It’s incredible to see David’s impact on AAJA Chicago and our city’s journalistic institutions all these years after he founded the chapter. A long, running list of members around the country launched their careers with the David Ibata internship, and many have reached out this week, thankful for David’s leadership and generosity. We’ll miss him dearly and will ensure David’s legacy of paving a path for AAPI journalists in this city lives on.”
—Nader Issa, President, AAJA Chicago [Asian American Journalists Association]

“AAJA is devastated by the loss of our longtime member, David Ibata, a pioneer whose career and legacy has inspired so many of us. He will be remembered for his generosity and service to our AAJA family, and his dedication to helping so many AAPI journalists enter and thrive in the industry. We will miss him.”
—Michelle Ye Hee Lee, President, Asian American Journalists Association [Asian American Journalists Association]

“Dave was all about getting the reporting, writing and editing straight, and he never let up. That he and I worked side by side as part of the small chicagotribune.com team for years and that I didn’t know until his death that he and I shared passions for ‘Lord of the Rings’ and ‘Star Trek’ speaks to just how focused he was on the mission.”
—Charlie Meyerson, Publisher, Chicago Public Square [The Chicago Tribune]

“We send our deepest condolences to the family and loved ones of David Ibata, whose leadership in AAJA went above and beyond. From Atlanta to Chicago, and across our chapters, many in AAJA are proud to have called him a friend, colleague, and mentor.”
—Naomi Tacuyan Underwood, Executive Director, Asian American Journalists Association [Asian American Journalists Association]

“David Ibata was an inspiration and also such a kind soul to young cub reporters like me who were just trying to find their place in Journalism back in the day. Thank you, Dave.”
—Cheryl Lu-Lien Tan, journalist and author [Twitter]

“He was relentless about everything, and he was very serious-minded. If he said yes to it, he threw himself into it. There are so many young people who don’t have a clue of the groundwork he laid. He did whatever you asked of him, and he was not a guy who sought credit for things he did.”

“The Forsyth County Water and Sewer Department, again responding to reports of funny-smelling, earthy-tasting water from Lake Lanier, has posted a water quality update saying the water is safe to drink, and the agency is continually testing and monitoring.

“Levels of methylisoborneol (MIB) and geosmin, two naturally occurring compounds produced by algae, have tested higher than in previous years, the county said. They started rising in early August and appeared to be dropping in early October.”

“The Cherokee County Elections and Voter Registrations Office has announced early and advance voting dates and locations for the Nov. 3 election.”

“Happily for fans of J.R.R. Tolkien, director Peter Jackson stayed true to the fantasy author’s artistic vision in ‘Fellowship of the Ring,’ the first film in the ‘Lord of the Rings’ trilogy.

“Unhappily, in ‘The Two Towers,’ Jackson may reflect the ‘Rings’ racial view of the world as well.

“As the United States wages war against an ominous ‘other’ — currently Al Qaeda terrorists, soon perhaps Iraqis and eventually, North Koreans? — it’s worth keeping in mind Tolkien’s stern admonition against viewing his work as allegory.”

“It probably was inevitable that traffic congestion would menace Chicago’s suburbs. But things could have developed differently, especially if the suburbs had followed a regional master plan set forth by the Northeastern Illinois Planning Commission in 1968.”