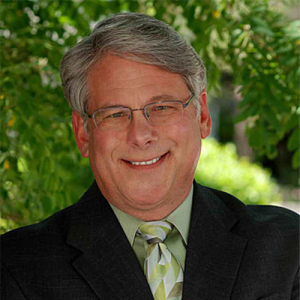 Selected Remembrances:
“Brent Boynton was a smart newsman with a kind soul and a big Texas heart. I would hear him sometimes in the newsroom talking to someone who just called the newsroom, and he would explain the stories to them. And I’d be saying, ‘We got to go on the air!’. . . This community meant so much to him. . . You go through the good times and the bad times with your coworkers, and you become like a family. So losing Brent is like losing a member of the family.”
—Jennifer Burton, publisher of Positively Northern Nevada and former news anchor at KTVN [KTVN]

“His TV career just barely scratches the surface of all his accomplishments. Brent was a true public servant. His long list of credentials include work as one of the mellow voices you’d hear during the early morning hours at the Great Reno Balloon Race. He was a volunteer and board member for a number of Reno organizations, like the Education Alliance and Make-A-Wish. His ongoing mission to give back to northern Nevada, even after his life in news, comes as no surprise to his KTVN family. . . His friends and former colleagues will never forget how Brent Boynton gave his heart and soul to his viewers every night on air, saying he was the journalist of all journalists.”
—Ryan Canaday, Anchor/Reporter, KTVN [KTVN]

“Brent Boynton was proof that you can be a good guy and not only survive, but thrive, in the worlds of news and politics. He was a solid pro with a great sense of humor.”
—Guy Clifton, former journalist, Reno Gazette-Journal [Twitter]

“He was definitely born to be on air and broadcasting. . . Brent just had this authority about him. When he walked into the newsroom, you kind of sat up straighter, you watched your grammar, you became more professional.”
—Wendy Damonte, Nevada-based community advocate and former news anchor at KTVN [KTVN]

“He left a legion of friends and admirers behind. But even those who never met him felt they knew him from the more than 30 years he spent in front of television cameras as a journalist, a government spokesman and a dedicated advocate for community causes. . . what people experienced on their living room screens was the same Brent that people knew outside the studio: a thoughtful, poised and generous man with an Edward R. Murrow voice and a quiet demeanor.”
—Frank X. Mullen, investigative reporter, author, historian, and journalism professor [Reno News & Review]

“I am saddened to learn of the passing of longtime Reno television newsman Brent Boynton. A nice man and a consummate professional.”
—Steve Sisolak, governor of Nevada [Twitter]

“It’s just incredibly tragic and if you knew Brent you immediately fell in love with his pure kindness. Truly a remarkable man and such a very sad loss for our community in so many ways.”
—Hillary Schieve, mayor of Reno, NV who formerly worked at KOLO [Reno Gazette Journal]

“Such a heavy heart today. Brent was such an incredible person. Always kind and helpful to our entire community.”
—Jason Soto, Chief of Police, Reno Police Department [Twitter]

“My son called me this morning in tears, his dad died of COVID today…he had this hideous virus for less than 2 weeks. Brent Boynton just celebrated his 64th birthday this week. He was a long-time T.V. News Anchor in Reno, Nevada and Texas. My son is devastated and I want to hug him but he lives in another state.”
—Victoria Steele, Arizona state senator; former co-anchor with Brent Boynton; and mother of Brent Boynton’s son, Nicholas Boynton-Steele [Facebook]

“I’m sorry to hear of Brent’s passing. He was a total professional in two fields where it is quite common to ruffle feathers – journalism and politics. Yet, you’d be hard pressed to find anyone who had a negative thing to say about him. Brent was kind, compassionate, and very funny with an unforgettable, endearing laugh. He’ll be missed.”
—Robert Uithoven, Founder and President, j3 STRATEGIES [Reno Gazette Journal]