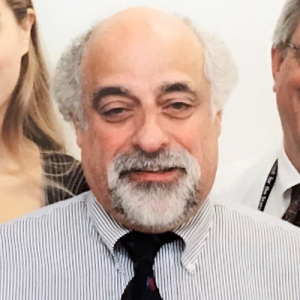 Selected Remembrances:
“Art was a good friend, a real AP talent, although I’m sure he would smile at all these good things being said about him, even though some of them are actually true. I knew Art from his first days in Tucson and never saw him have a bad day. We should all be so lucky.”
—Ford Burkhart, independent writer [legacy.com]

“He was the archetypal correspondent who knew a community inside and out, knew the stories, knew the sources. And he was always humble to realize that he could learn more and be on the lookout for more.”
—Giovanna Dell’Orto, Associate Professor, School of Journalism and Mass Communication, University of Minnesota [The Associated Press]

“He was just the epitome of a journalist in the best way. He did it all by being just a wonderful person.”
—Gabrielle Fimbres, retired journalist, Tucson Citizen [The Arizona Republic]

“When I went out to cover something and Art was also covering it, I would get back to the office and just be getting started on my story and I would see Art’s story already on the AP wire. . . He amazed me many times.”
—Mark Kimble, former city editor, Tucson Citizen [The Arizona Republic]

“I interacted with Art periodically over 25 years, related to stories he did and interviewed or sought information from me about. A gentleman. A professional. I never saw an error in any story he published about which I had knowledge.”
—Michael J. Meehan [legacy.com]

“He really was a mentor to so many young journalists. Everyone admired him for his honesty and forthcomingness. He was just kind, respectful and he was so so sweet.”
—Rebekah Rotstein, daughter of Arthur Rotstein [The Arizona Republic]

“Art was truly a gifted writer and reporter that will be sorely missed. I had the pleasure to interact with him several times since his retirement from the AP and always found our conversations to be very engaging. He knew so many things and I enjoyed learning from him! The world lost a good man, husband, father, and friend to many.”
—Jack Simes, friend of Arthur Rotstein [legacy.com]

“Art was inexorably tied to journalism. He mentored young journalists and covered a wide range of news and sports stories across southern Arizona. His attentive listening skills and ability to tell all sides of a story made him a standout in his field. Art’s smile was infectious, and he will be remembered for his humanity, generosity, sweetness, compassion, integrity, ethics and sense of fairness.”
—tucson.com obituary [tucson.com]

“Long dependent on well water and supplies sent hundreds of miles by canal from the Colorado River, this desert city will soon harvest some of its 12 inches of annual rainfall to help bolster its water resources.”

“Online tool can link postings and track down terrorists” The Associated Press (appeared in The Pantagraph), November 11, 2007.

“Tens of thousands of Web pages are now devoted to terrorist propaganda designed to attract followers. On the surface, the messages and videos reveal little about their creators. But programmers and writers leave digital clues: the greetings and other words they choose, their punctuation and syntax, and the way they code multimedia attachments and Web links.”

“3 Professors Shot Dead At University of Arizona” The Associated Press (appeared in The Washington Post), October 29, 2002.

“A student flunking out of the University of Arizona nursing school shot three of his professors to death today, then killed himself as dozens of terrified students rushed to get away.”

“People most associate valve jobs with cars, a way to keep the old crate running a few more miles. I’ve had two valve jobs. Not on my car, on my heart. Two. In four months.”

“The four men and four women were to be sealed inside the glass-and-steel structure, raising their own food, recycling their air, water and wastes – independent and untouched by the world outside.