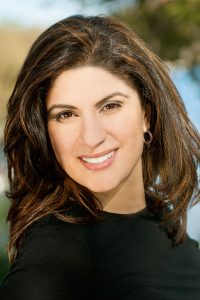 Nadia Hashimi is a pediatrician-turned-author who draws on her Afghan heritage to write novels that grapple with poverty, warfare, history, and women’s rights in Afghanistan. Her latest novel, Sparks Like Stars, tells the story of a woman who returns to Kabul years after her family fled the 1978 military coup.

Hashimi spoke to PEN America about the tragic events unfolding in Afghanistan, how readers and writers can support one another, and the prospects for women’s rights in the country moving forward.

You’ve been following the situation in Afghanistan closely. What was your initial reaction to the Taliban takeover?
In our family, this past week has felt like a funeral. We’ve felt profound grief. Sometimes you lose material things that can be replaced, but in this case, it felt like the loss of a loved one. People had such high hopes for Afghanistan—not super high hopes but we did have hopes—and we hoped that there would be more of a struggle and an outcome that would lead to a more stable Afghanistan and a country that represented the will of the Afghan people. But in recent weeks, we’d just sit there holding our phones and looking at each other and naming the provinces, saying this one’s gone, this one’s gone, this one’s gone. It was like watching someone take their last breaths.

Tell us about the role Afghanistan and particularly Afghan women play in your novels?
So being an Afghan American and just being someone who loves stories and the written word, I write stories that I hope will honor the struggles, the triumphs, the spirt of the Afghan people and of Afghan history, holding a space for Afghan culture as well. My books span history going back 100 years and primarily look at the world and these struggles through a woman’s eyes and her experiences and narratives. But that perspective is also meant to represent what happens to families and these communities that have been wracked by conflict and dispersion. I’ve written about the refugee experience, about poverty, the impacts of misogyny and patriarchy, of conflict and addiction—the many plagues Afghanistan has experienced in recent years.

“In our family, this past week has felt like a funeral. We’ve felt profound grief. Sometimes you lose material things that can be replaced, but in this case, it felt like the loss of a loved one. . . . It was like watching someone take their last breaths.”

What are you hearing from your friends and contacts in Afghanistan?
I’m part of a circle of women’s advocates, and we have been having conversations with women in Afghanistan who in turn are speaking to women in the provinces outside Kabul. In some places, women are being turned away from schools; one woman we talked to spoke to someone in the south of the country who said it feels like living in a prison. The streets are empty of women. It’s unclear what this new regime is going to look like when it comes to women’s role in public life. In some places, they’ve been allowed to go back to work, but this is still with armed men patrolling the streets.

Still, we’ve seen some women protesting the Taliban in Kabul, and I’m struck by the depth of that courage. Today, we heard reports of women throwing scraps of food and shoes at Taliban fighters. So there are acts of resistance there. There hasn’t been total capitulation. It’s not the end of the story.

When Taliban officials make assurances that they will allow women to continue to work, go to school, or serve in government—within the confines of Islamic law—does that give you any reassurances? Is this a different Taliban?
I think they’re different in that they have a smarter PR game. They know how to spin. They polished that up. We saw that when they wrote an op-ed in The New York Times in 2020. Those of us who follow Afghanistan and were watching the peace talks at the time read it and thought, who wrote that for them? They’re on Twitter and social media, and they know the world is paying attention to them right now. Especially in Kabul, where there’s the most attention, they’re on their best behavior. But they’re also relying on the fact that attention spans are limited. That’s not to condemn anyone; there are crises in Haiti and Venezuela and around the world. I think they are biding their time, which is always what they’ve said they would do. They have all the time in the world, so I think it will be revealing when we see what happens two to three months from now, a year from now—what will women’s rights look like then? 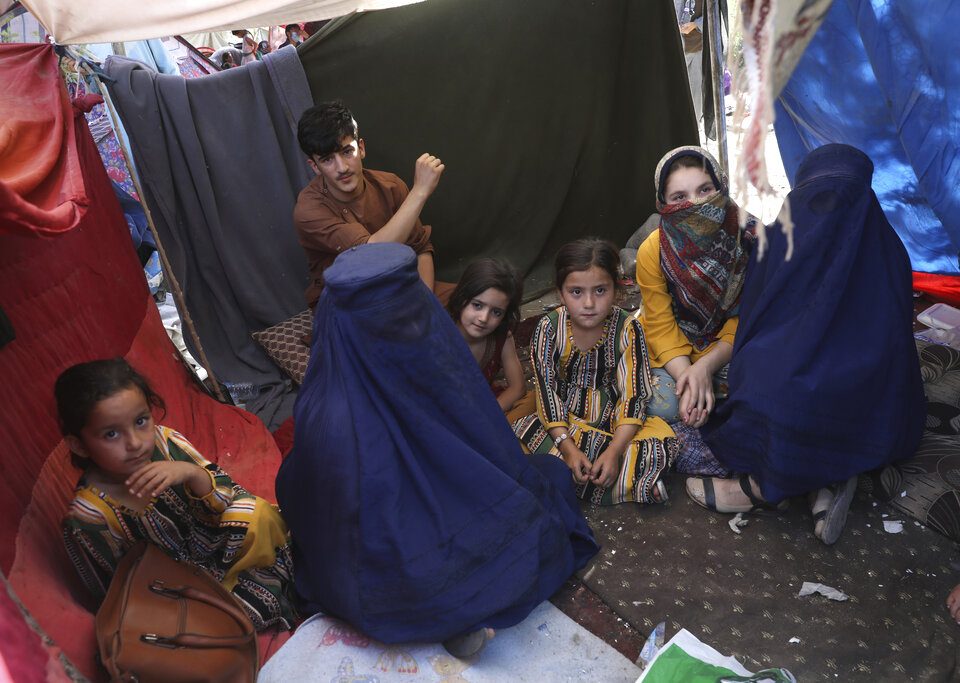 Many women in Afghanistan remain at home because they are too terrified to venture into a new world ruled by the Taliban. The extremist group that once stoned women and restricted their every move is now back in power. Photo by AP/Rahmat Gul

Even before this past week, what were some of the challenges facing women writers, journalists, and free speech defenders in the country?
One of the biggest challenges was having a target on their backs. There have been assassinations of vocal activists, women journalists, women in high positions in the country or those who dared to speak out. The biggest challenge is fear. Those women have to summon a great deal of courage to carry on in that work, to step up and be visible. It’s not like in 2001 the U.S.-led invasion eradicated the patriarchy. They got the Taliban out, but there was still a lot of climbing left to do. They’ve been doing it, but there was a long way to go. This is why this week has been so devastating. It’s a giant step back.

I know it’s fresh, but how might you channel some of what’s happened recently into your writing?
It’s so hard. As you say, it’s fresh, and to think about channeling it right now almost feels exploitative. And in some ways, it feels redundant. I’ve written this story already. I’ve written about the Taliban terrorizing families and forcing them to flee, so when I’m seeing chaos at the airport, the desperation of people who are struggling to find any means of exit from the country, this is a story that’s already been told. This is the story of families wracked by poverty and violence and uncertainty, and here we are again. It’s tough to imagine how to find a narrative in what’s happening that won’t be redundant, that will be enlightening in some way or might help us move forward and honor those who’ve made immense sacrifices.

“I’ve written this story already. I’ve written about the Taliban terrorizing families and forcing them to flee, so when I’m seeing chaos at the airport, the desperation of people who are struggling to find any means of exit from the country, this is a story that’s already been told. This is the story of families wracked by poverty and violence and uncertainty, and here we are again.”

In addition to writing to members of Congress and supporting relief organizations, what can readers and writers outside of Afghanistan do right now?
The book world is unique because readers are smart. We read and read widely. We’re open and receptive. We’re looking for alternative and surprises and authentic voices. So that’s where the book world can start. I’m seeing on Instagram and #bookstagram, people are amplifying and sharing works written by Afghans to center their voices in these conversations. And that in turn can help us walk back some of the false narratives that are floating around right now—that women’s rights in Afghanistan never existed, or that the Afghan people never fought for themselves. There are so many false narratives that Afghan voices can help counter.

We have to not let Afghanistan become a political tool. Afghanistan has always been used, as a victim to the Cold War, a victim to regional politics, and now it seems a victim of partisanship in the U.S. as Democrats and Republicans blame each other. It’s such a waste of time. This is not a political issue; it’s a human rights issue. My colleagues and I have put together a list of organizations that we trust and those that support creatives in Afghanistan, the storytellers who’ve been brave and pioneers in exploring new ways of storytelling. I did an Instagram Live with KabulReads, an e-commerce group in Kabul that had some 5,000 customers across the country. They’ve since closed down, but they are looking to launch an audiobook app, which will be a first in Afghanistan.

As you mentioned, calling your congressional representatives and being part of this advocacy movement doesn’t cost anyone anything. It helps us to have a collective voice, and let people in Afghanistan know that Americans really are paying attention. It does help. The Afghan world has social media, and we can tell them that they are not alone. Hopefully that can mitigate some of the feelings of betrayal and loneliness and despair that we’re seeing in the community.