The Invisible Work Around You

It is a vulgar irony that Labor Day—a federal holiday pressured into legislation by trade unions and worker strikes—has largely become an occasion for the white-collar workforce to brunch, say goodbye to summer, and make the most of markdowns at retail outlets around the country. Records don’t easily attribute the holiday to one individual or action, but here is what we know. Peter J. McGuire, cofounder of the American Federation of Labor, was one of the first to suggest a day honoring workers “who from rude nature have delved and carved all the grandeur we behold.” Over 37,000 strikes occurred in the decades leading up to Grover Cleveland’s signing of the holiday into law, six days after the end of a notorious strike by railroad unions against the luxury car manufacturer, Pullman Palace Car Co. And we know that this period just before and after the turn of the century was one of the bloodiest in American labor history, when an average of 35,000 industrial workers were annually killed on the job, with somewhere between 500 and 800 of those individuals killed during state interventions of work stoppages. 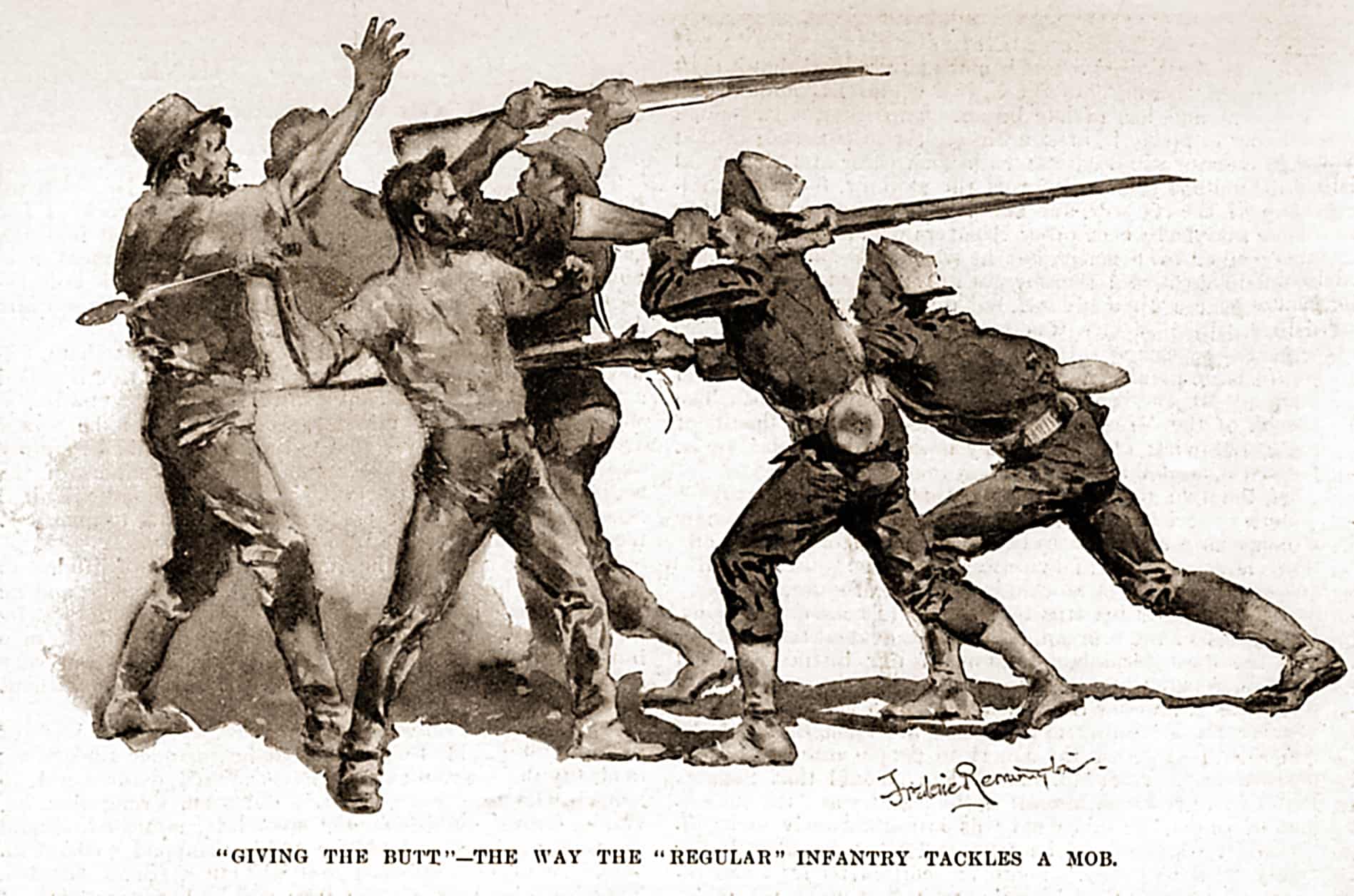 McGuire—himself an organizer for a carpenters union—may have been referring specifically to builders and manufacturers in his call for a day recognizing those who “have delved and carved.” But I take these words today to mean something more expansive, to include the many who delve and carve the structures of work which surround us, structures which often silently and invisibly drive homes and offices and places of commerce. These structures exist through the labor of individuals who clean buildings and public spaces; who prepare and serve food; who make clothes, machinery, and product parts; who care for children, the elderly, and the infirm. Much of the time, this is work with few days off, which happens well before and after what gets called the workday—work which continues especially on holidays to support our vast economies of leisure. It is work performed by individuals for whom a “good job” often means labor that is taken for granted, whose perceptibility is frequently treated with impatience.

Historically and presently, this has been a workforce significantly composed of immigrants and people of color. The entanglements of labor, ethnicity, and class are richly present throughout Jenny Zhang’s debut short story collection, Sour Heart, which I’ve recently been reading. Her sentences are filled with qualifiers, interjections, and conjunctions of consequence—a manner of speech I find, as the son of an Asian immigrant, familiarly preoccupied with kinship, responsibility, and the costs of providing:

There were so many days when I came home to an empty house with nothing at all to distract me except an oozy desire to come up with all the ways I could possibly sacrifice enough to catch up to my parents, who were always sacrificing. But I didn’t know how I could compete with my mom, who got fired from her job baking donuts after spending a night scavenging for a desk so that I wouldn’t have to do my homework on the floor or the bed or standing up with my workbook pressed against the wall, and how she found me a beautiful desk that was perfect except someone had sprayed FUCK YA MOMMA on the side of the desk, and how she dragged it twenty-something blocks on her own and was too exhausted to wake up in time for work, and that was why she was fired and why she couldn’t ever keep a job because she was so tired all the time from taking care of me.

—from “We Love You Crispina”

Zhang’s stories articulate—with anger, grace, heartbreak, and exasperation—the complex calculations performed inside of immigrant families, the recognition that work, intimacy, private life, safety, and stability are all moving pieces which sometimes must be sacrificed for one another. This balance becomes all the more precarious when questions of documentation status enter the equation. For many, it was unclear whether this would be a potentially life-threatening conflict in the wake of Hurricane Harvey. And it was something I had in mind, personally, as Labor Day approached—and, with the holiday, word that the president would likely be repealing the Deferred Action for Childhood Arrivals (DACA) program.

Since its implementation under President Obama, DACA has shielded from deportation roughly 800,000 young individuals who came to the United States without documentation as children. These individuals are writers, scientists, entrepreneurs, manufacturers, childcare and healthcare workers, activists, on and on and on. Some of these individuals risked deportation to perform advocacy for the program. Some of them have published books and received fellowships through the work of the Undocupoets Campaign, which was founded by Marcelo Hernandez Castillo, Javier Zamora, and Christopher Soto, and whose leadership now includes Janine Joseph. Some of them are CUNY DREAMer students who recently participated in a series of workshops led by Álvaro Enrigue through the PEN World Voices Festival, including Ophelia Akanjo and María Miranda, who are filmed here reading their work:

Some of them are personal friends and family members, whose parents have been exploited for decades in underpaid construction and domestic service roles. All of them are members of the first undocumented immigrant generation to realistically dream of a life beyond invisible labor. All are affected by the narrative promoted by the president, attorney general, and other members of this administration—that undocumented immigrants are depriving native-born Americans of work, that they are violent and immoral and are leeching public resources. 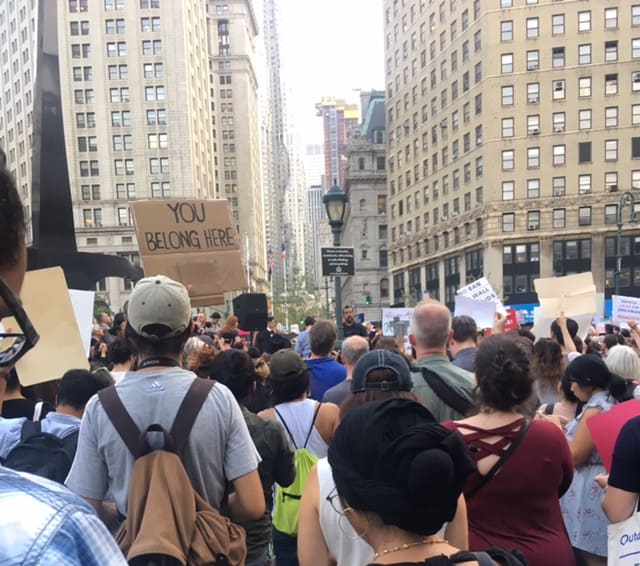 At a September 5 action led by Movimiento Cosecha in front of Trump Tower, over 30 individuals were arrested. Those of us who are documented or native born have a responsibility to put ourselves on the line, while still centering the stories and voices of those who are most at risk. Over the last year, we have seen the power of personal stories and narratives to enact substantive pressure on policy. This will almost certainly be the case, again, in the ongoing fight for immigrant rights and safety.