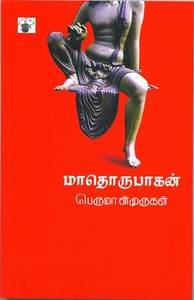 Earlier this month, Hindu organizations in the Indian state of Tamil Nadu launched a campaign against writer and professor Perumal Murugan, culminating in the burning of copies of his novel Madhorubhagan on Friday in protest of the book’s portrayal of a Hindu shrine and its female devotees. The organizers are seeking a ban on the novel, as well as the arrest of the author and publisher.

The Sangam House Writing Residency in India, of which Murugan is an alumnus, released the following statement:

“Cultural vigilantes, claiming the right to be offended—a right that does not exist in the constitution—have all too often bullied writers and publishers, attacking our fundamental rights and freedoms of speech and expression. The constitution guarantees the right to speak and express; those who do not like what is being spoken or expressed have the right to protest peacefully, to criticize the work, and to avoid buying or reading the book. They do not have the right to prevent others from reading the book and making up their own mind about its value or otherwise. That is the cornerstone of a democracy, and indeed, of our democracy, and in order to preserve our traditions of diversity, we call upon the state to ensure that Perumal Murugan is not harmed in any way and his rights are protected.”

PEN has a long history of advocating for freedom of expression in India, where writers, academics, and publishers have faced waves of threats from litigants, vigilante groups, and politicians.

Murugan’s book is available in English from Penguin India under the title One Part Woman.