In the Blazing Cities of Your Rotten Carcass Mouth 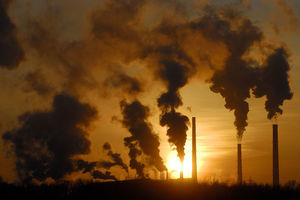 This week in the PEN Poetry Series, PEN America features a poem by Daniel Borzutzky.

In the Blazing Cities of your Rotten Carcass Mouth

Too bad we live in a world so uptight that we can’t
have things like the Frito Bandito anymore.

The children were eating the bushes outside of their former houses that had been crushed by The Bank of America.

There was a boy in a bush singing an improvised song about a bulldozer that obliterates the bureaucratic centers of the earth.

Do you remember cheese, he sang to his friend.

Do you remember ferries, he sang to his friend.

Do you remember school bells and cowards and the boys who would come to our yard to eat the scraps of food we threw to them before the city started to blaze?

The man with the camera kissed me and took photographs of the blood that dripped from my fingers.

Everyone knew he was CIA.

He knew for example that the blood that dripped from my face tasted like the blood of the workers assassinated by the Fatherland.

Then I found a dying shack and I met a man with a chain and he was snoring and talking in his sleep and he smelled like pee and complained he had lost his pension when they privatized the city in the dying days of the rotten carcass economy.

Looking after the world is a shitty job if you’re really not a people-person.

He slept on the floor with a chain tied to him.

It rode over his crotch and for twenty-three dollars he would bless you into heaven so you would not have to remain in the purgatory of the blazing city.

The further I fall the smaller I become, he chanted.

The chained man was moaning about how he had gone from office to office to see what the Lord had to offer.

And all I have now, he sang, is a chain and a basket full of fingernails.

An old brown dog was tied by another chain to a rafter.

The dog wouldn’t stop yapping and I understood I was being refused absolution.

But I’m Jewish, I told the dog.  I am a member of la raza de Moises.

He barks love, the chained man sang, and he wouldn’t stop singing and I needed to rest so that I would be able to find the boat that would help me get away.

I sat on the floor to sleep, woke up in chains and there was no one to tell my story to.

I lay stiff, holding my breath, trying to be anyone but myself.

Imagine there is a matzah-ball bandito in your house. You buy lots of matzah balls and mix them with jalapenos and Fritos and light them on fire and then you survive the apocalypse because Fritos can stay lit on fire forever and you don’t need to find kindling or any of that other stuff so you finally have time to study Karlito Marx while watching Manchester United’s Mexican hero Chicharito Hernandez score a poacher’s golazo in the waning seconds of the Carling Cup while eating hallucinogenic mushrooms while watching Eric Estrada on Chips on another screen and listening to a podcast of the book of Leviticus on your Ipod Touch while skyping with your mom while sexting with your boyfriend who works for the secret police.

Write a sonnet or a villanelle about this experience and do not use any adjectives.

Then I clutched a man trapped beneath my body.

He refused to stop breathing and so did I.

There were echoes trapped in the wall and they belonged to the broken bodies waiting for the boat on the river.

And the man in my arms said: are they ordinary people, these trapped voices?

They are ordinary people, I said. Demolished, relentless, alone.

This was before it blazed.

But then one day I came to work and there was an incinerator outside of the building.

My colleagues were scuttling around, trying to salvage things from their offices.

I told this to my boy and all he could say is what, daddy, is an incinerator?

A container for burning refuse, I answered, as they incinerated my desk and a photograph of you that I loved.

There was only an automated voicemail on my cell phone from the incinerating bodies who said that they were serving the city and that soon all of the city would blaze.

I dream of a giant parasite to feed on the infested bones of the rotting citizens.

There are sirens that won’t stop blaring and rotten teeth in all of our mouths and when I asked an authoritative body what to do now that my life had been incinerated he told me to go to the river and ask them to put me on a boat.

I went to the river and found a body builder who would not stop running around.

He was enormous, wearing only boxer trunks, and he complained that his lover was overusing the word “cock.”

The evening star came out.

A limp, stale moon hung over us.

And this is where the story should end.

But bedtime stories for the end of the world don’t end where they are supposed to end.

They end awkwardly, in the middle of some mess that was probably not worth making to begin with.

It’s night-time. You’re decomposing in a cage or a cell. Your father is reading the testimonies of the tortured villagers to you. He is in the middle of a particularly poignant passage about how the military tied up the narrator and made him watch as his children were lit on fire. He has to listen to the screams of his blazing children but he can not listen to their screams so he himself starts screaming and then the soldiers shove a gag in his mouth so that he will stop screaming, but he doesn’t stop screaming even with the gag in his mouth. But these are not screams, actually. They are unclassifiable noises that can only be understood as a collaboration between his dying body, the obliterated earth, and the bodies of those already dead.

Write a free-verse poem about the experience. Write it in the second person.

Publish it some place good.

In "When the Smoke Cleared: Attica Prison Poems and Journal" (@DukePress, 2022), Celes Tisdale collects poems by students in who participated in the poetry workshop he ran at Attica prison in the wake of the 1971 prison riots https://www.dissentmagazine.org/article/the-poetry-of-a-prison-uprising #BlackHistoryMonth