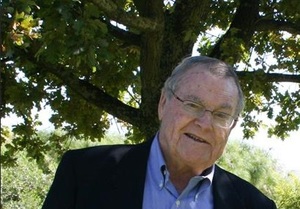 It is with great sadness that we mark the passing of Anthony Fleischer.  He was the President of South African PEN for many years and together with his wife, Dolores Fleischer, he championed literature and freedom of expression in South Africa. I joined PEN some years ago and have had the privilege of working closely with Tony for the last five years. He was a wonderful man to work with—astute, principled, generous, gracious and kind. He taught me a great deal and was both mentor and friend. One of Tony’s great achievements was the championing of new writers who found their voice in the last two decades. The collections that South African PEN sponsored created a valuable literary space and the winners of the PEN short story awards have gone on to achieve considerable literary success. Ceridwen Dovey, Elizabeth Pienaar, Henrietta Rose-Innes, James Whyle, Justin Fox, Karen Jayes, Nadia Davids, Petina Gappah, Sean O’Toole, and others.

Tony was fiercely determined that South African PEN remain an independent voice in order to protect freedom of expression in South Africa. The curtailment of that fundamental democratic right is something he knew well from his own experience. His first novel The Skin Is Deep was banned by the Apartheid government in 1958. I am so glad that Tony saw a young South African writer, Masande Ntshanga, win the very first PEN International New Voices Award last year.  That win is the true legacy of his unflagging support of, and belief in, South Africa’s literary heritage. He will be greatly missed for his fiery combativeness in argument, his great capacity to listen and his desire to see the principles for which he stood all his life strengthened and deepened. He was loved and admired and respected by all who knew and worked with him.  My thoughts, and those of the PEN membership, are with Dolores and his sons and their families. As Tony would say, hamba kahle.