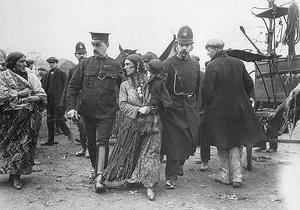 The poem below by Péter Kántor origally appeared on the Dissident Blog, a project of Swedish PEN.

On February 23, 2009 a Roma man and his 5-year-old son were shot in Tatárszentgyörgy, some sixty kilometers from Budapest. Their house was then set alight, seriously injuring the other two children and their mother.  The murders were part of a series of violent attacks against Romas by a group of right-wing extremists during the winter of 2008-2009. Below, one of Hungary’s leading poets, Péter Kántor, remembers the attacks and calls out the ethnic hatred that incited them—and the apathy that allowed them to continue.

Every night they set out to kill someone;
their guns fully loaded each time
to rouse the wicked from their dreams—
the sole mark of the wicked: being a gypsy.
It could be anyone—a man, a woman—who cares?
It could be small children, even babes-in-arms.
They quickly hunted down the man and woman,
the father with his son, the mother with her daughter.
Then they ran home to tuck themselves into bed
to continue to plan for a still brighter future.
And so the days passed by—the weeks, the months—
and every night they set out to kill someone
armed to the teeth against those without weapons.
To rouse the wicked gypsy from his dreams
while the gypsy could not hope to escape his fate.
The people were shocked at first. Executions?
Are they really killing off the gypsies?
Perhaps it is the gypsies killing off each other?
A case of the gypsy killing the wicked gypsy?
They shuddered to think of it—their shudder
composed of terror mixed with a kind of pleasure.
They wrung their hands—hand-wringing being a pleasure,
but then they got used to the new ways of the world,
and pretended that such deaths were acts of God
—that killers arrived and left on gusts of wind—
not in black four-wheel drives parked down a track.
They shrugged and muttered it was possible,
resigning themselves to it. And then one fine morning
I saw in the mirror how I too closed my eyes
and however much I scratched away at my own body,
no scratching could rid me of the filthy stain—
the filth of resignation, the shame of it.
And then one day the killers were arrested.
It was at the end of the nightly hunt for gypsies.
The nightmare has passed; now we can sleep again,
and dream that ‘gypsy’ is not a term of abuse—
yet still wake startled, scratching in the dark.

Péter Kántor is one of Hungary’s leading poets. His latest book of poems, Megtanulni élni (Learning to Live), is a collection of selected poems from the years 1976 to 2009. A volume of his poems in English, Unknown Places, with translations by Michael Blumenthal, was published in 2010. He has received numerous awards in Hungary and has read his work at poetry festivals throughout the world including Prague, Toronto, Malmö, London, Durban, and Jerusalem.

Translation from the Hungarian by George Szirtes.