Kirby writes: This selection of comics demonstrates Harrison’s commitment to living a full life, despite a diagnosis of metastatic breast cancer. Though Harrison is often brutally frank (in one comic she states: “Living with metastatic cancer is like a game of Whac-a-Mole. There’s no point trying to cut it out, because it will just keep popping up somewhere else”), she remains ultimately hopeful. Indeed, just by sharing her writing and drawings about her illness with others, she demonstrates the power of art and creation over despair. These comics will be an illuminating read for those living with serious chronic disease, as well as for the people who love and support them. 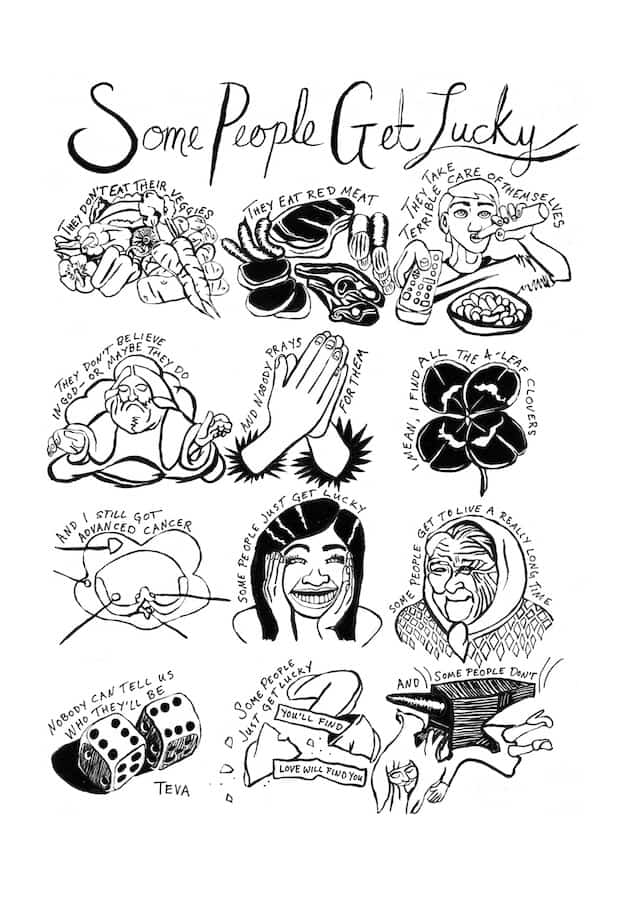 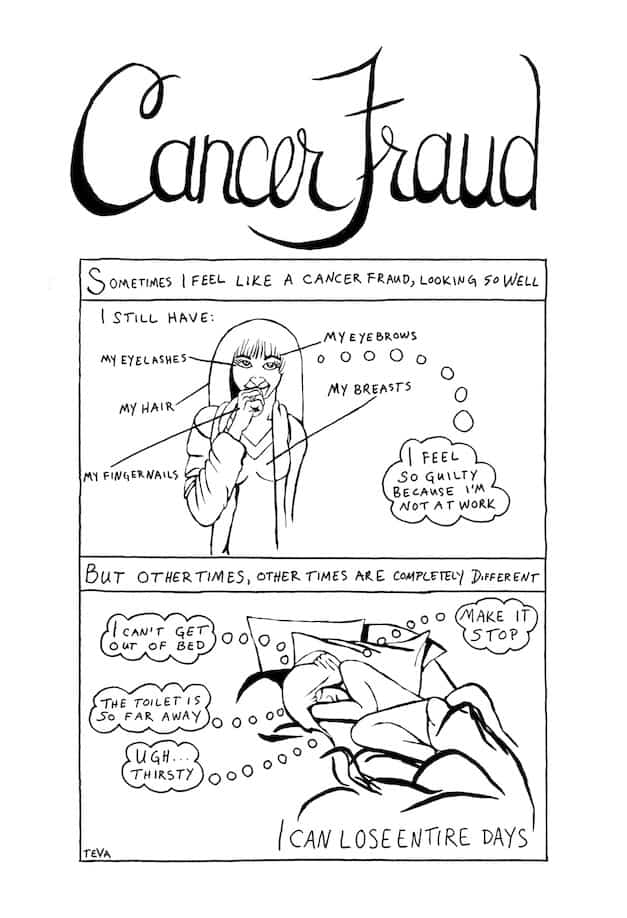 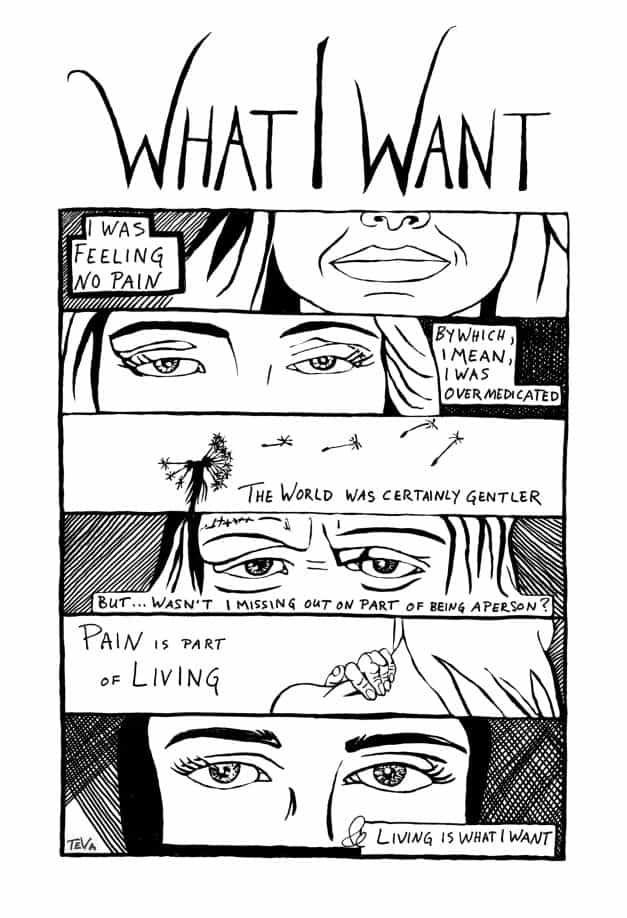 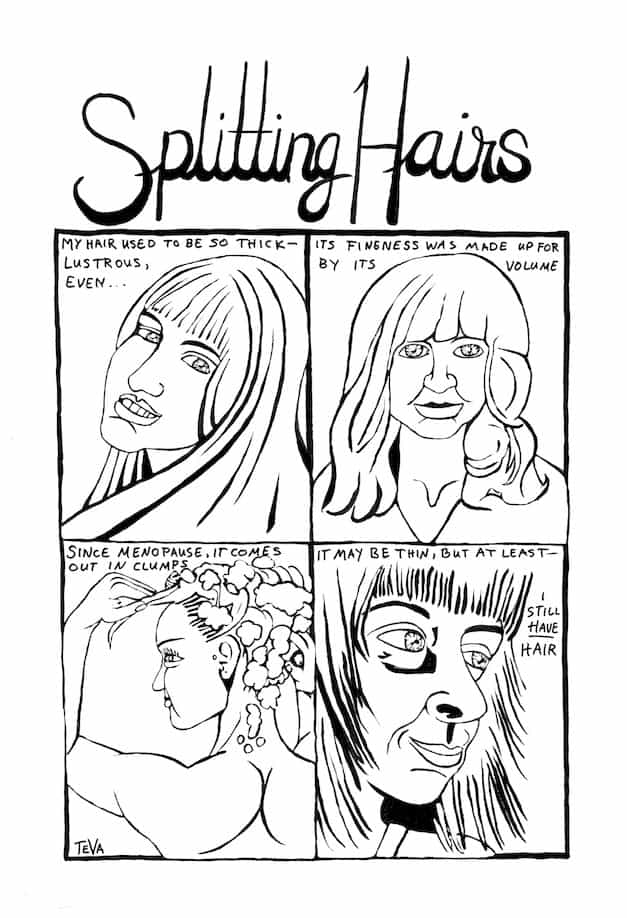 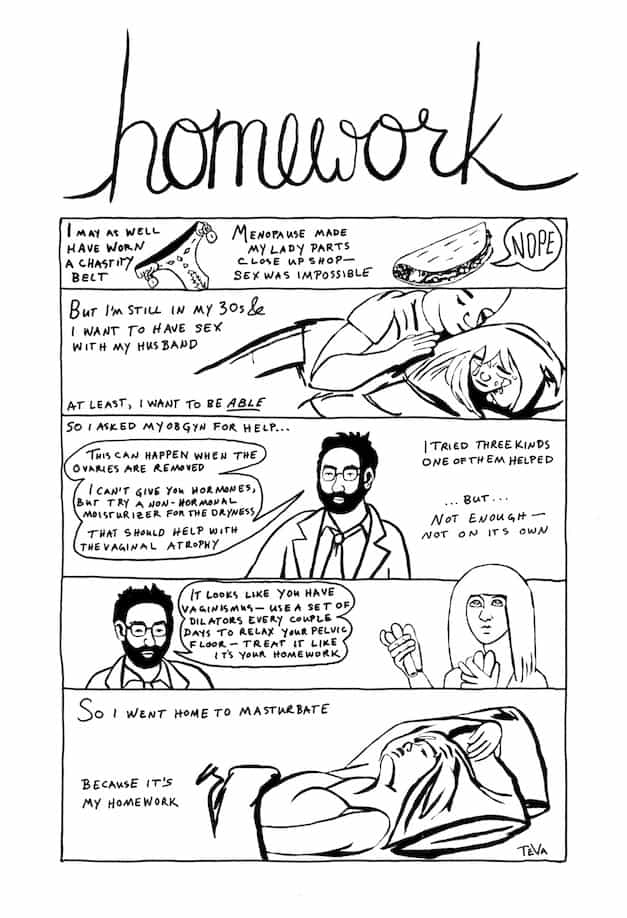 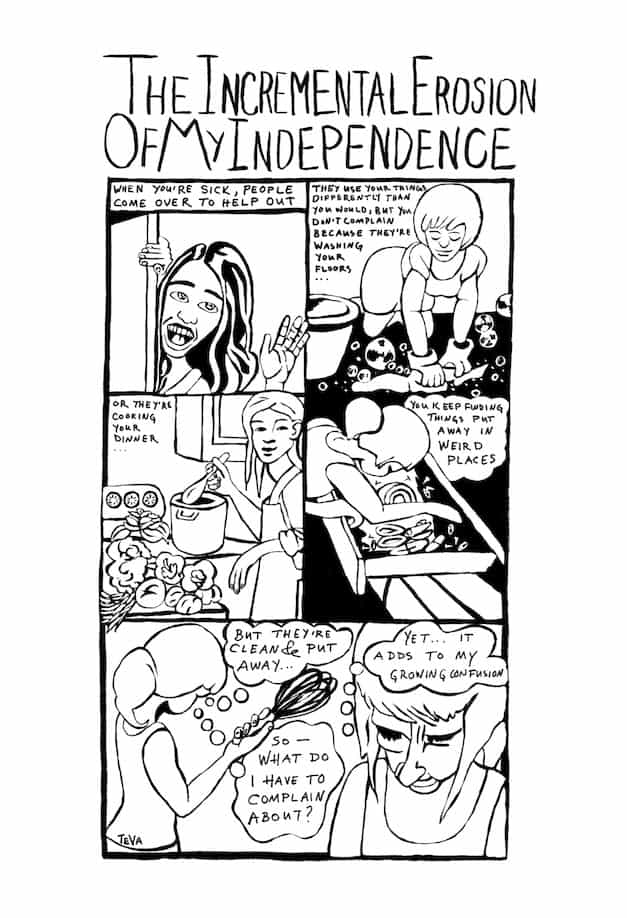 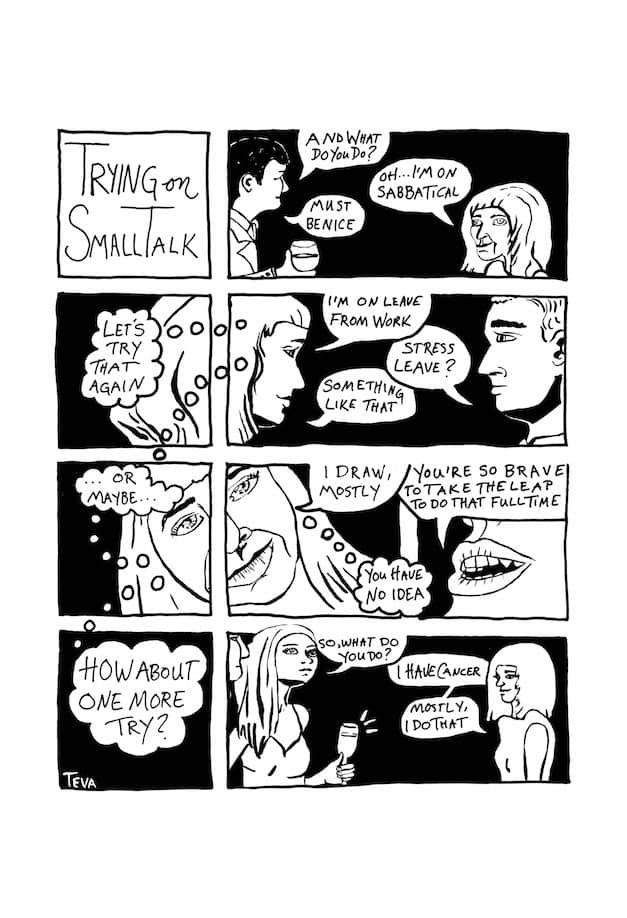 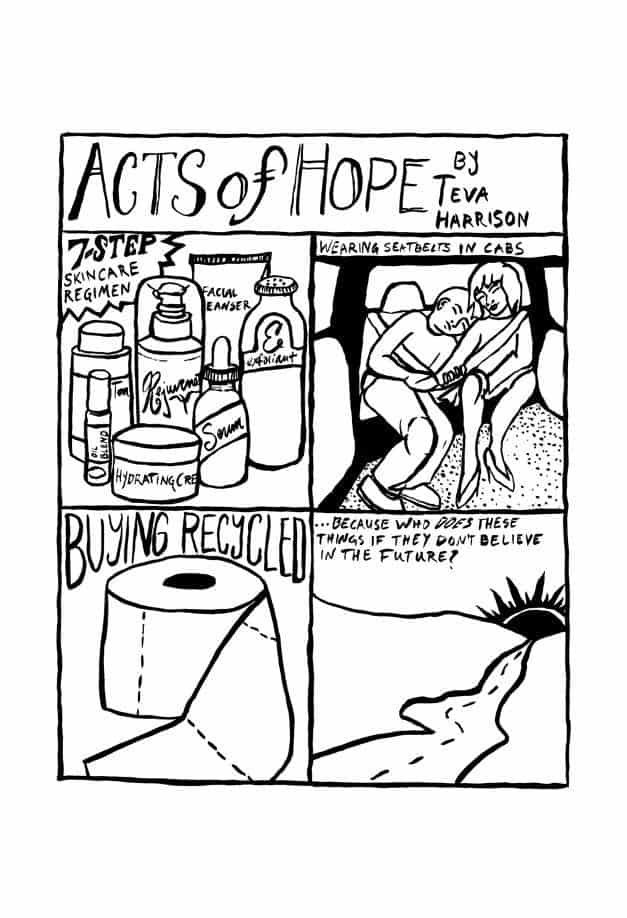 Teva Harrison is an artist, writer, and cartoonist. She is the author of the bestselling, critically-acclaimed hybrid graphic memoir In-Between Days, published by House of Anansi Press. The book was a national bestseller in Canada, shortlisted for the Governor General’s Literary Award for Non-Fiction, and named a best book of the year by The Globe and Mail, The National Post, CBC, iBooks, KOBO, Walrus Magazine, and The Quill and Quire. Numerous health organizations have invited her to speak publicly on behalf of the metastatic cancer community. Born in Oregon, Harrison currently lives in Toronto.