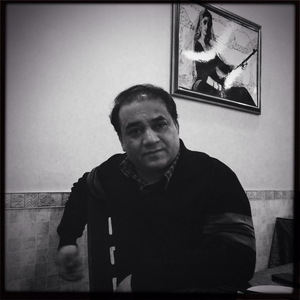 Ilham Tohti is a writer and professor from Artush city, Xinjiang Uyghur Autonomous Region (XUAR). In 2006, Tohti co-founded the website Uyghur Online to promote social interaction between Uyghurs and Han Chinese and to examine the oppression of Uyghurs by the Chinese state. Tohti’s powerful defense of human rights has made him a longtime target of the Chinese state.

Authorities first detained Tohti in July 2009 for an article he wrote on political unrest in Urumqi, the capital of XUAR. He was held incommunicado for a month and, for three years after his release, Chinese authorities harassed Tohti, restricted his travel, and threatened his family with violence.

“I worry about my homeland and my country falling into turmoil and division. I hope that China, having endured many misfortunes, will become a great nation of harmonious interethnic coexistence and develop a splendid civilization.”
—Ilham Tohti,
My Ideals and the Career Path I Have Chosen

Tohti continued to write. In response to China’s December 2013 “grand strategic plan” for XUAR, Tohti publicly expressed fears that Beijing’s policies would further oppress Uyghurs. A month later, police arrested him in Beijing and charged him with “separatism.” On September 23, 2014 Tohti was sentenced to life in prison, where he has been held since under inhumane conditions. His family has not had contact with him for the past several years.

Jewher Ilham, one of Tohti’s three children, now lives in self-imposed exile and has not seen her father since 2013, but she continues to fight tirelessly for his release and to extend the message of his writing: “His work is not simply something for the Uyghurs, it is for China too, and for everyone in our common world society.”