I Loved Earth Years Ago 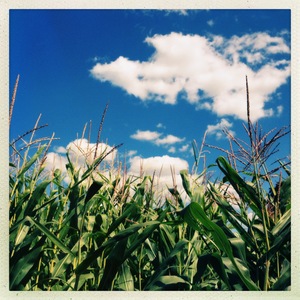 Today in the PEN Poetry Series, guest poetry editor Maggie Nelson features a poem by CA Conrad. About Conrad’s work, Nelson writes: “Who hasn’t by now encountered CA Conrad’s innovative, tender, outraged, precise, and raucous poetry? Well if for some unimaginable reason you have not, this is your moment. Conrad has one of the keenest, strangest, most questing, most alive ears in contemporary poetry. I’ve heard it said that his Book of Frank is this generation’s Dream Songs, but I think The Book of Frank surges ahead in experiment and lasting power. His most recent book, A Beautiful Marsupial Afternoon, offers a series of somatic exercises to enliven one’s poetic practice, but its real mission is a holy one: to awaken and deepen our experience as human animals sharing this peeled and endangered planet. Conrad often self-identifies as “the son of white trash asphyxiation whose childhood included selling cut flowers along the highway for his mother and helping her shoplift.” He is a poetry hero throughout the land, and especially in his home, Philadelphia. I would be hard pressed to think of a writer whose commitment to wildness, justice, and freedom of expression are more fitting with PEN’s ethos; his submission for this month’s post but underscores the point.”

I Loved Earth Years Ago

I drew a map on you so I wouldn’t get lost. —Doireann O’Malley

Dear Eileen, every night lately I dream about Mark, my boyfriend who renamed himself Earth back when he became an environmental and AIDS activist. I no longer call his death in Tennessee a murder I call it an execution, executed for being queer. It happened over a dozen years ago and few believed my story and the police told our mutual friends he killed himself. An execution not fit for police investigation, just another faggot punished for breaking God’s laws in this good Christian nation. I will never apologize for my anger!! Delinquent Films is making a documentary about my new book and they questioned me about Earth. They also didn’t believe me so they interviewed the sheriff who told them Earth was a suicide. THEN they talked to the coroner and HE corroborated every detail I’ve been saying for years. Earth was hogtied, gagged, tortured, covered in gasoline and burned to death. The coroner used the word homicide and said it’s not possible this was a suicide.

I’m grateful homicide was said out loud, and that a film about my POEMS is the reason this investigation is FINALLY going to happen!! What does it take to get a faggot’s execution investigated? POEMS!! The weight of poems has arrived!! I loved him so much, my gentle, sexy man, steward of flowers and worms. I’m going to be on a panel at the Ecopoetics conference in Berkeley with some of my favorite poets. I’m creating a (Soma)tic poetry exercise where I visit the places Earth and I loved. We had a garden plot in Philadelphia, but we also planted zinnias, marijuana, cucumber, kale, cowpeas, rosemary, lemon balm and string beans along the riverbanks and in overgrown, abandoned lots. The weight of poems is upon me, so I’m selling them for a little ruthless surrender. A decade is long enough to dream of revenge for a dead lover. For seven days I’ll go to our favorite places for the poems. I’ll also go on the internet to see what every ingredient I put into my body looked like when it was still growing. See fields of sesame plants while chewing their seeds, YES!!

He named himself Earth when planet extinction was clearest. He wanted to spend time in Tennessee and I warned him about country people. I was born and raised in rural Pennsylvania where everyone is proud of living in the country. I noticed at a young age that these PROUD COUNTRY people LOVE to poison, burn, shoot and decapitate the natural world. Their pride is mostly invested in SUBDUING nature, always ready to prove who’s Boss! It is difficult to tell them who they really are, like convincing my stupid father to STOP pouring ammonia and broken glass down the chipmunk holes. It is difficult to convince them of the harmless lives of tiny creatures who only need a few acorns and berries. I miss Earth. I loved him. I’m tired of being such a sad faggot but c’est la vie. His brutal execution is a mirror of every decision to pollute air, water, soil, lungs, hearts, communities of people, birds, fish, bears, stop, stop, STOP, STOP!! Are you hopeful we can stop in time? Let me write some poetry and try to calm down. Love you Eileen, and thanks for listening.